The recent sharp crypto rally from the bottom is a positive sign that indicates demand at lower levels. Let’s take a look at the charts 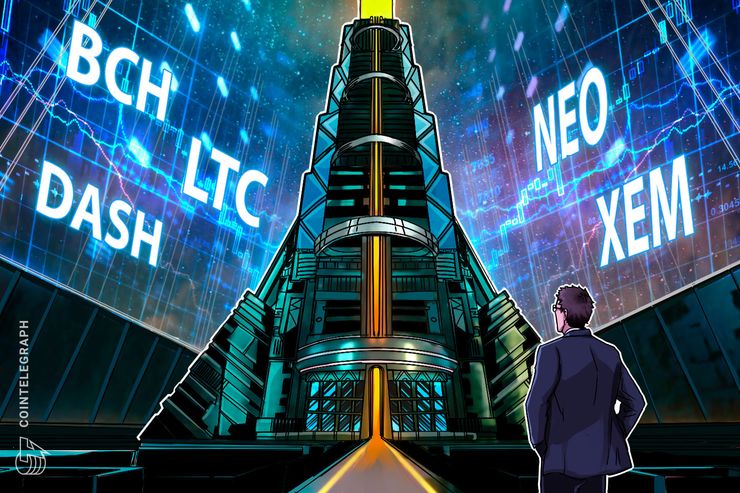 The surge in Bitcoin on April 2 pulled most altcoins northwards. A number of altcoins soared, bringing back memories of the 2017 bull phase. Many altcoins outperformed Bitcoin, which shows that the market participants are accumulating the select beaten down cryptocurrencies at low prices.

Does this mark the end of the bear phase and the start of a new uptrend in cryptocurrencies?  Fundstrat Global Advisors co-founder Thomas Lee certainly believes so. According to him, Bitcoin is now in a bull market. He said that the whales, some of whom had sold in 2018, have started to buy again.

In a tweet, the CME group revealed that Bitcoin futures hit a record volume of 22,500 contracts on April 4. The previous record volume was 18,300 contracts, which occurred on Feb. 19. This shows that shorts were forced to throw in the towel and aggressive bulls entered long positions.

The sharp rally from the bottom is a positive sign that indicates demand at lower levels. However, to confirm a bottom, most digital currencies will have to successfully retest the breakout levels and then resume their recovery. Until then, the risk of a double dip remains. We shall get a confirmation within the next few weeks.

Bitcoin Cash (BCH) turned out to be the best performer among the major cryptocurrencies in the past seven days. The digital currency tends to rise vertically when the sentiment of the sector turns bullish. Recently, Crypto Facilities, a subsidiary of the San Francisco-based exchange Kraken, reported a sharp increase in Bitcoin Cash futures. The travel portal Bitcoin.Travel added support for Bitcoin Cash, bringing the total number of cryptocurrencies accepted to seven. Can the rally continue or will the digital currency again plunge towards the lows? Let us find out.

The BCH/USD pair traded in a tight weekly range for 11 weeks before skyrocketing higher. The sharp up-move has carried the pair above the 20-week EMA for the first time since May of last year. While the sharp up-move is a positive sign, failure to close (UTC time frame) the week with strength shows profit booking at higher levels.

This increases the probability of a minor consolidation or correction for the next couple of weeks as the bears try to reverse direction and sink the price back below $200 levels. However, if the price rebounds from the support zone of $265.14 to $241.97, a rally towards the 50-week SMA at $514 is possible in the medium-term.

Even before the crypto rally began across the board, Litecoin (LTC) had increased about 101.22 percent in the first quarter, which shows that the traders had been gradually accumulating the cryptocurrency. The halving, expected to occur in early August, has also supported the rise. Swedish exchange Nordic Growth Market has listed exchange-traded products that track the value of Ripple and Litecoin, and these products will be available to European investors. Can the virtual currency continue its stellar run or will it hit a roadblock? Let us find out.

The LTC/USD pair has formed a rounding bottom pattern that will close on a breakout and weekly close above $91. The price has risen above both the moving averages, which is a bullish sign: it indicates a likely change in trend. The minimum target objective of the rounding bottom is $159. If this level is crossed, the rally can extend to the next critical resistance of $175.

Our bullish view will be invalidated if the bears defend the overhead resistance at $91. In such a case, a few weeks of consolidation cannot be ruled out. The trend will turn in favor of the bears if the prices sink below $62 once again.

Dash (DASH) has made strong inroads in the crisis that hit Venezuela and is now attempting to increase its presence in Columbia. Latin American cryptocurrency exchange Daexs has added Dash, which will help investors buy the digital currency in the Colombian peso. Dash is slowly expanding its presence in Thailand as well, as about 100 Dash online transactions were recorded in March. The team is also trying to enter countries like Zimbabwe and Turkey where hyperinflation has increased the use case for cryptocurrencies. Let’s see how the market views these events.

Our bullish view will be invalidated if the digital currency turns down from the current levels and plummets below $103.261. In such a case, a few more days of range bound action is possible.

NEO rallied over 31 percent in the past seven days to emerge as the fourth-best performer among the major coins. There were no major events that caused the rise: every rally need not be preceded by a piece of news. In a bear market, the fundamental developments and the price appreciation happens with a lag. When the sentiment improves, the cryptocurrencies play catch up and price in the positives.

The trend remains in favor of the bulls as long as the price sustains above $10. A successful retest of $10 will confirm that the downtrend is over and a bottom is in place. But if the pair breaks down below $10, it can result in a drop to the lows at $5.48080.

The NEM foundation has launched the roadmap for the upcoming core engine release named Catapult. It promises to improve speed and scalability and bring in a number of new features hitherto unseen in any decentralized system. NEM will be accepted in a major convenience store and select shops in Taiwan through RapidZ payment system.