Academics from the University of California, San Francisco, have proposed a method of sharing medical data using a blockchain-based system. An article outlining their research published by international research journal Nature on Feb. 22.

The researchers reportedly developed a blockchain-powered system that aims to improve the traceability and immutability of collected clinical data, and make it more trustworthy. In addition, the system aims to advance methods for reporting adverse events during research and improve medical record management.

During the trial, the developers reportedly launched a web-based portal accessible to all participants with a real clinical trial dataset, which facilitated the interaction between patients and clinical investigators. The authors further tested malicious attacks to data integrity with real world medical records.

After a transaction was performed, all associated data was reportedly recorded onto a new block and then joined together and hashed using the SHA256 algorithm. “Data storage of the blockchain will be accomplished by duplicating and distributing the chain to physically separate machines and data warehouses to be managed by the regulator,” the report further explains. 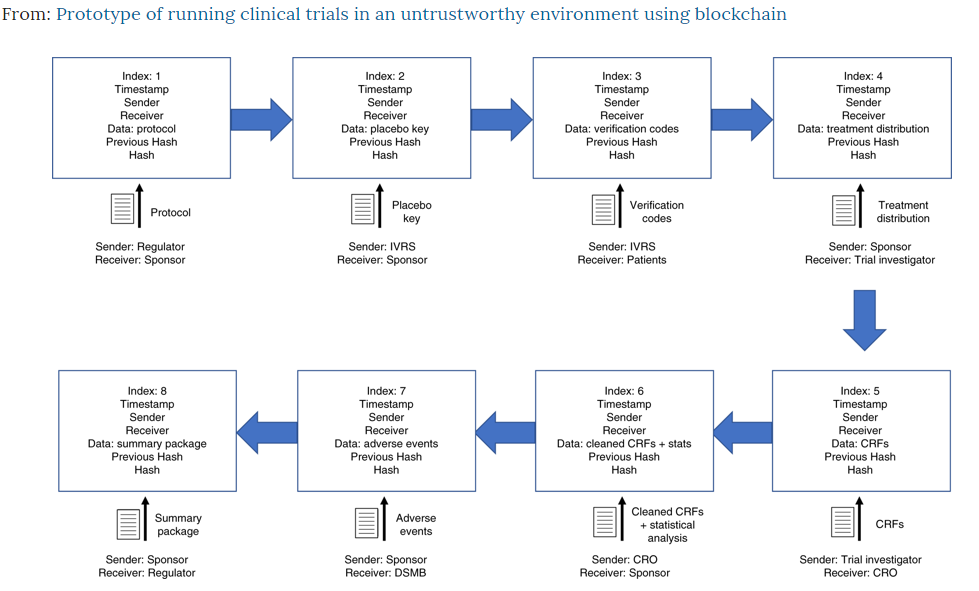 If a user needs to modify already presented information or correct a mistake, the system allows them to make an update by submitting a new transaction with the corrected data without overwriting old data.

Blockchain technology has already been implemented by various healthcare-related organizations. Earlier this month, the Canadian unit of American tech giant IBM partnered with pharmaceutical company Boehringer Ingelheim to test blockchain in clinical recordkeeping. The parties aim to discover whether the integration of blockchain with clinical recordkeeping provides the proper level of data integrity, transparency, and patient safety, in addition to reducing costs and automating processes.