Ethereum founder Vitalik Buterin has taken a veiled swipe at Satoshi claimant Craig Wright over his blockchain patent portfolio, resulting in a heated debate on Twitter.

Buterin said that anyone who brags over blockchain patents does not understand blockchain:

If you're bragging about how many "blockchain patents" your country/company/organization has, you don't understand blockchains.

Wright (nChain’s chief scientist) claims nChain has filed more than 800 applications for blockchain patents, and has been granted between 50 to 100. This patent portfolio poses a legal threat to blockchain projects from Bitcoin Cash to Lightning, and critics argue it goes against the open-source nature of blockchain and is a form of patent trolling.

I know you are but what am I?

actually, you don't understand Blockchains. You can not even copy Craig correctly. You tech has been used for more scams in the ICO shitecoin storm than the world has ever seen. History will not be kind. Patents on the other hand are a real thing.

The conversation devolved from there with Buterin saying “BSV does not scale” and Ayre firing back that “this [conversation] is stupid” and various BSV and Ethereum proponents weighing in.

The CEO of Dragonchain Joe Roets was inspired to publish a blog post in support of both blockchain’s open source philosophy and the patent system. Dragonchain DApp Eternal also immortalized Buterin’s comments on the Dragonchain blockchain, where it can never be deleted or censored. 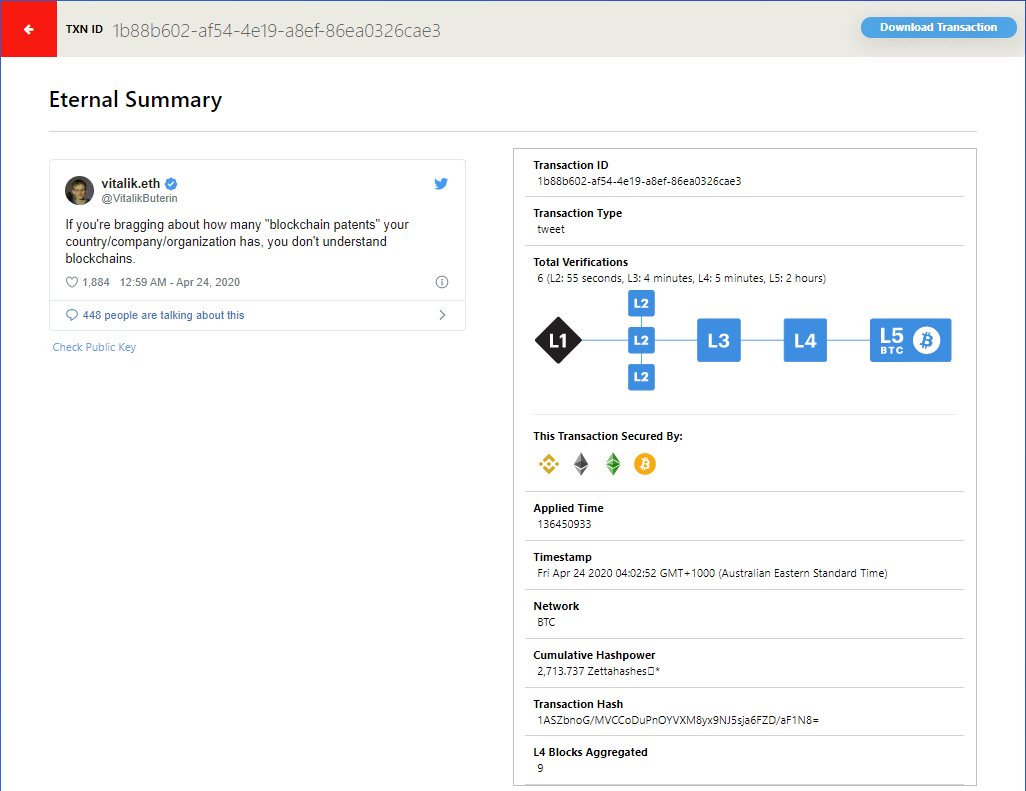 Why is nChain so eager to patent?

President of the Bitcoin Association Jimmy Nguyen — a former nChain CEO —  said in March the actual number of patents filed had only just reached 666. He summed up the fears of the blockchain community on the subject pretty well:

“If you listen to the online trolls, Craig is hell-bent on patenting all of Bitcoin and the entire blockchain as part of his quest for world domination”

But Nguyen, a former patent attorney, said it was only right that blockchain companies seek to patent their technologies:

“Like any sensible business, we also like to protect our investment by securing intellectual property rights when appropriate. With hard work and great expense, nChain has produced what we believe is the world’s largest and best quality blockchain patent portfolio in the world.”

However Craig Wright told Micky in February that he’d launched the patent portfolio to gain control over the Bitcoin forks and altcoins:

“Basically it came down to if I want to actually … try and stop all the splits, forks and altcoin scams that are popping up pretending to be blockchains, then the only way I could really think to do it was to start patenting.”

Key individuals in the cryptosphere such as Peter Mckormack, Roger Ver and CZ from Binance have all expressed concerns about nChain’s patent portfolio.