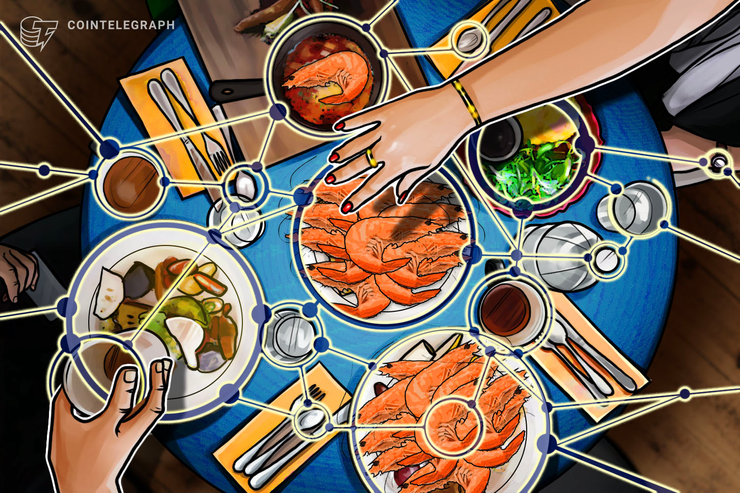 United States retail giant Walmart, in collaboration with IBM, will use blockchain technology to track its shrimp supply chains.

On Oct. 4, Indian business publication LiveMint reported that Walmart will use blockchain technology to track its Indian-sourced shrimp to select locations of Sam's Club retail stores in the U.S.

This is reportedly the first time that blockchain technology will be used to track shrimp exports from the Indian farmer to an overseas retailer. President of the National Fisheries Institute John Connelly said:

“As one of the most traded commodities in the world, seafood has a complex and wide-reaching supply chain, which makes testing and further developing technology-assisted traceability programs an important step. It is encouraging to see a retail leader like Walmart participate in seafood blockchain testing.”

Walmart worked with the Indian seafood processor Sandhya Aqua to add the shrimp supply chain to the blockchain-enabled IBM Food Trust platform so customers can track where their shrimp comes from.

Walmart has previously applied blockchain technology to tracking food in other countries like China. Distributed ledger technologies like blockchain purportedly make it easier for the firm to track its massive supply chains and to recall problematic food items or medicines should the need arise.

Cointelegraph reported in September that a group of global coffee companies is partnering with Farmer Connect, a tech startup developing farm-to-client traceability tools, to use the IBM Food Trust platform to apply blockchain to coffee supply chain tracking. The startup worked with IBM to build the “Thank My Farmer” app, which provides consumers with data about coffee products, which include origin and pricing.