Blockchain alone doesn’t fix it - privacy can only be protected when all loopholes are closed, not with a single general technology. 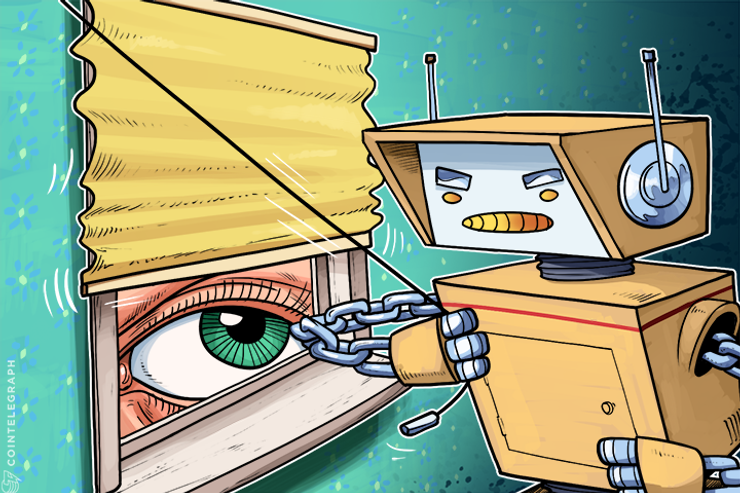 Privacy on Blockchain is one of the major features that attracts users towards the technology.

Despite its decentralized nature and the ability for anyone to view every transaction or data transfer on Blockchain, encrypted communication prevents third party interference with messages sent across the technology.

Privacy has become perhaps the most discussed topic in the lives of the average citizen across the entire world over the last decade. The revelations of Edward Snowden erased any doubt that we are living in a time where:

“Some people are willing to give up their freedom and liberty in exchange for the illusion of greater security and in reality, reduced privacy” - Jason Cassidy, Co-Founder at Helium.

Cassidy tells Cointelegraph that the advent of cryptographically secure currency has taken the power dynamic away from governments and banking institutions and put it back in the hands of the people.

He notes that Bitcoin is pseudonymous and gives users some element of privacy and financial freedom. However, there are more privacy-centric currencies out there today like Monero that are gaining popularity for their ability to offer financial liberty.

“Governments are using terrorism as the rationale for spying on their citizens’ communications. Many people can see past this, realizing this is an excuse being pushed by governments to take advantage of a situation - gaining complete control over the citizenry's activities. Instead of addressing the problem at its root where terrorism is first created, they wish to weaken encryption of systems and make the entire world a more dangerous place to operate within.”

Peter McClory, CEO of secure messenger application Obsidian, tells Cointelegraph that nowadays, people are more concerned about the security of their activities over the Internet.

The reason for this, he says, is that billions of people have moved more and more of their professional, financial and personal lives into the digital world.

Yet, they are beginning to experience more of the downsides of doing this, e.g. hacked accounts, theft and publication of private information and digital assets, to name but a few.

McClory notes that people have started asking questions about who owns the information they put into large centralised platforms such as Facebook and Google, what they should and should not be entitled to do with it, and whether those companies are in a position to make - and keep - any promises about privacy.

Further, many people have deep unease about the extent to which governments monitor online communications, often illegally and far beyond the needs of law enforcements.

As a result, people are starting to express what they believe privacy is and should be, rather than it being something they take for granted.

Blockchain alone is not private

Contrary to popular opinion, McClory notes that Blockchain does not automatically fix this problem.

“Messaging platforms in general are a mixed bag in terms of the quality of their security, ease of use and the trustworthiness of their operators. Some messaging platforms have excellent security - Signal, WhatsApp, Wire and others - and have led the way in giving people tools they can trust, and driving privacy as a marketable feature of a platform. However, they are limited by dependence on centralised architectures, dated approaches to identify management, and commercial interests in a way that Blockchain-platforms like the Obsidian messenger is not.”

McClory continues by explaining that Blockchain alone doesn’t fix this, noting that privacy can only be protected when all loopholes are closed, not with a single general technology.

However, Blockchain-based platforms have a big advantage since the responsibility for maintaining the integrity and efficiency of the network that transmits messages is linked to the financial interests of a very large number of individuals, and not a centralised organisation that sees its users as products or datapoints.