A poll of 1,050 IT, security and engineering firms found that 61 percent of respondents were investing in blockchain technology.

61 percent of high-profile digital companies worldwide are investing in blockchain, according to a report by identity management firm Okta shared with Cointelegraph on April 2.

In its first “Digital Enterprise Report,” Okta surveyed 1,050 IT, security and engineering decision makers from global companies with at least $1 billion in revenue. Okta explained that decision makers were defined as someone at the company who is “responsible for making technology purchasing decisions.”

The company collected survey responses in January and February 2019 in order to find out how businesses are applying emerging technologies. 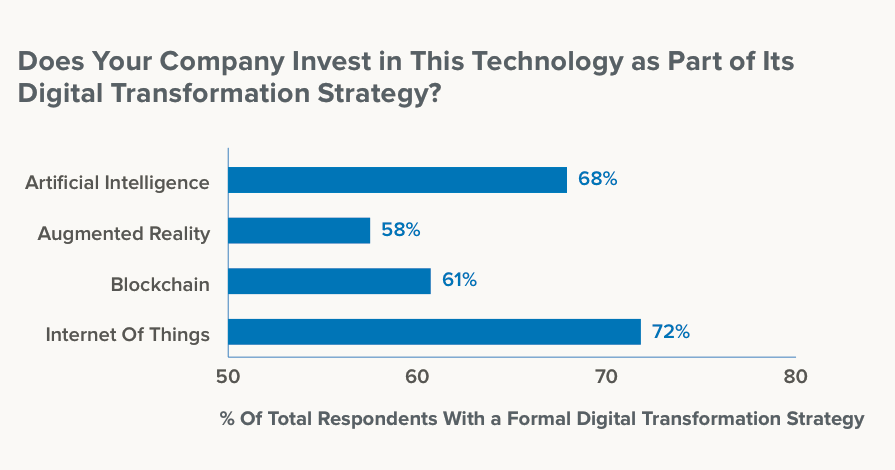 Out of total 1,050 decision makers, 90 percent claimed that their companies are working on formal digital transformation and investing in at least one of the aforementioned technologies.

Recently, United States-based market research firm International Data Corporation predicted that global blockchain spending will account for almost $2.9 billion in 2019, which is an 88.7 percent increase from 2018.