After Declines, Bitcoin Comes Back Stronger

Bitcoin is like a bad penny - no matter how much you knock it, it always turns up.

Analysis over the past year shows that Bitcoin has come back stronger after downturns over 20%, with an average of 61.5% growth after the fact. 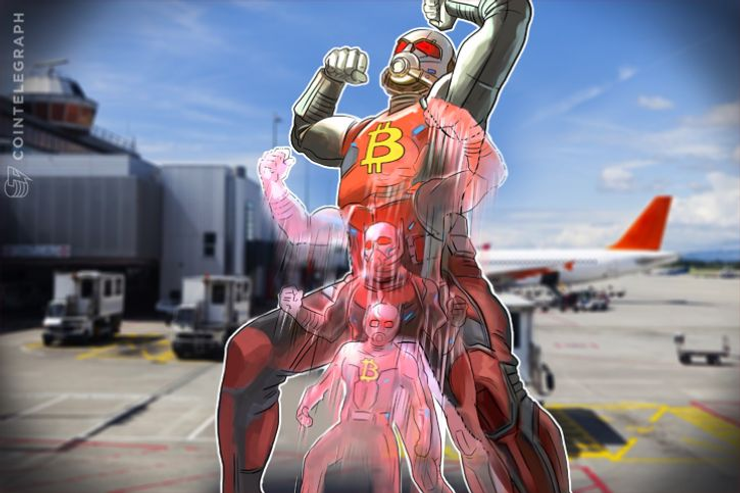 They say a bad penny always turns up. While the saying may refer to an unwelcome guest, the same could be said for Bitcoin, according to recent analysis by CNBC. Based on chart evaluations, Bitcoin price has always increased substantially after dips greater than 20 percent.

The rise in Bitcoin prices for the four previous dips over 20 percent were substantial. On average, the cryptocurrency posted 61.5 percent gains in each cycle after substantial sell-offs. This astounding number has lead to an increased desire among insiders to ‘buy the dips’ - to purchase Bitcoin during the lows and realize the substantial gains as the price continues to rise.

Bulls and bears and Bitcoin, oh my!

The most recent drop over the weekend spurred on by the death of the SegWit2x hard fork proposal from the New York Agreement, appears to be no different. After more than 20 percent declines, the price has already recovered peaking in recent trading over $6,500. This response seems to indicate that the fundamentals underlying the recent increases in price are real.

While most industry insiders are pleased with the recovery, even calling it a ‘speed bump,’ many see the power of the biggest Bitcoin players as a potentially negative risk point for the cryptocurrency. Moshe Hogeg of Sirin Labs said:

"While we are still miles away from resolving the high volatility of Bitcoin, I find it encouraging that it's quickly overcoming volatility that in past years registered as 'earthquakes,' and is today registering as no more than 'speed-bumps.' That said, I do find it quite worrisome that very few insiders have such leverage in a market that ought to be the bellwether for decentralized currencies."

Beyond the negative risk association, though, the market has continued to show that Bitcoin is a genuine store of value something akin to gold. Large swaths of the Bitcoin supply are still held in private wallets completely outside of the market, and many of those may never see the light of day. Insiders remain confident that the market will continue its bull run, though not forever. As Oleg Seydak CEO of Blackmoon Crypto said:

“Bitcoin is still the crypto gold. It’s the gateway coin and the main store of value within the cryptoeconomy. It’s also considered as a defensive asset in periods of volatility of the market.The main question is when the growth will finish - and the right answer is, we don’t know. But players should be careful with expectations and trading and not be misled by the continuous boom in price. Nothing can grow with such speed forever.”