Roger Ver tells CNBC that alleged insider trading of BCH on Coinbase is a ‘non-crime’ and could have actually decreased price volatility.

Bitcoin.com CEO Roger Ver tells CNBC that alleged insider trading of BCH on Coinbase - if it did take place - is actually not such a bad thing. 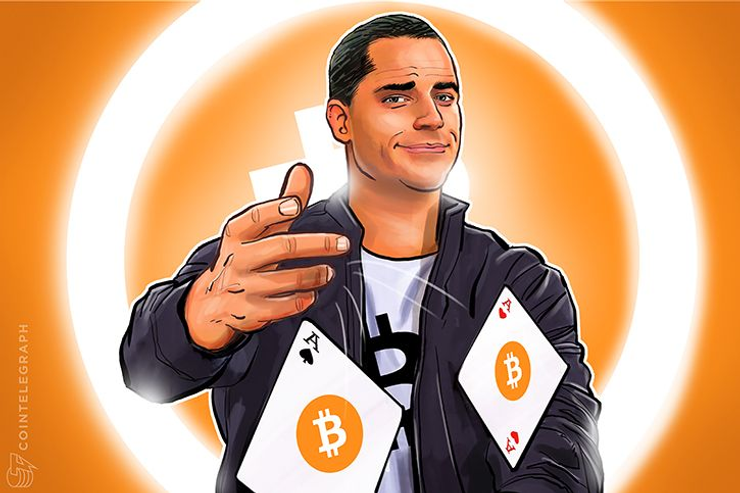 Bitcoin.com CEO Roger Ver has defended US exchange Coinbase’s alleged insider trading, saying the practice is a “non-crime” and should not warrant increased regulation of crypto exchanges.

In an interview with CNBC on the topic of Bitcoin Cash, Ver said the ongoing investigation into strange price behavior on Coinbase’s exchange GDAX is not illegal, even if dishonest activity by staff were to be found.

“At the end of the day, buyer’s beware of whatever service they’re using whether it’s a Bitcoin exchange, or whether it’s a coffeeshop… don’t depend on the government to keep you safe from everything out there in the world.”

In defense of the alleged Coinbase insider trading, he added that trading of BCH with insider information prior to the platform’s addition of the currency would have in fact helped tame volatility.  The altcoin hit $9,000 when trading opened on Coinbase’s GDAX on Dec. 19 (current market price is $3,700).

Ver’s words offer another perspective amidst increasing rumors of foul play on the part of Coinbase employees.

Tone Vays, the analyst who has historically been firmly in support of Bitcoin and critical of Bitcoin Cash, linked to a Reddit thread today in which one user said his “mate at Coinbase” had informed him of the altcoin’s debut ahead of time.

Sooooo, "Insider Trading" Investigator over? Thanks @lordoftrade and other twitter detectives for breaking this one wide open... someone should send a message to @BBC @BBCBreaking so they can update the article ?... haha #Bitcoin pic.twitter.com/XLzuJJH6kt

The user has since deleted the comment, which if true would add to the argument that insider trading occurred.

Not just Coinbase, but CNBC itself has become embroiled in the Bitcoin Cash scandal after the show’s Fast Money segment published a tweet that seemed aligned with Ver’s position on the role of Bitcoin Cash in the crypto market. In comments to the tweet, Bitcoin Cash supporters claimed Fast Money’s message is biased and promotional.

The network’s Marketing Manager, Gaby Wasensteiner, is married to an active Bitcoin Cash executive, who has been photographed with Ver.  Amidst accusations on social media of CNBC actively promoting Bitcoin Cash,  Wasensteiner retweeted her husband’s post about a Bitcoin Cash meetup he was seeking to create in London.

We are building a #BitcoinCash meetup group in London. Our first event is likely to be on 12th Jan. Join us and spread the word! #LondonBCHhttps://t.co/SGlxJvZTgH

Meanwhile, Coinbase’s CEO and co-founder Brian Armstrong published a blog post on Dec. 20 that lays out its employee trading policy. In the post Armstrong also states that the platform is conducting an investigation into the possibility of insider trading prior to its launch of BCH, and promises to take action if necessary:

“If we find evidence of any employee or contractor violating our policies — directly or indirectly — I will not hesitate to terminate the employee immediately and take appropriate legal action.”