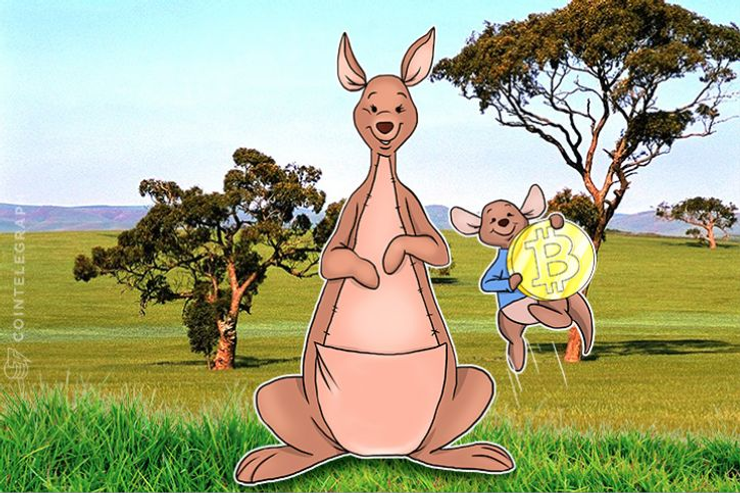 Queensland-based gold and silver bullion dealer Paul Engeman has started trading Bitcoin, following the move by the federal government of Australia to authorize it as a legal currency.

The goods and services tax (GST) from the purchase of virtual currencies was eliminated in Australia on July 1, 2017.

According to Engeman, who serves as director of the Ainslie Bullion and Reserve Vault, he began buying and selling Bitcoin in August and his business is experiencing solid demand from both new and existing customers.

“We've sold gold and silver for 43 years now and those buyers are attuned to monetary assets and can see similar properties in Bitcoin. The fundamentals for what constitutes a monetary asset are the same – it must have intrinsic value and have a medium of exchange. Gold and silver have been the champions of the space for 5000 years, but Bitcoin has the same properties in that there's only 21 million of them and it's a slow process to digitally mine new ones."

The Bitcoin price has surpassed the A$6000 ($4,800) level on Sept. 1, with predictions of it likely hitting $6000 soon. The increase was mainly driven by the overall upward trend in digital currency prices that’s resulted in the growth of the cryptocurrency market capitalization by more than $170 bln.

Moreover, there is also a growing acceptance and usage of Bitcoin in Australia. Businesses like cafes, real estate agencies, vehicle manufacturers, and bookshops are already accepting the virtual currency as a form of payment.

Meanwhile, Brisbane high school teacher Chris Tippler claimed that he started to teach his business and economics students about digital currencies such as Bitcoin and Ripple, along with bullion, as well as how to trade them.

"I knew about investing from trading currency, and I was teaching them how to read graphs. I'm not sure that this is a solid part of the curriculum, but in my experience it needs to be.”

Related News
Crypto Bubbles: Why Traders Believe Altcoins Are Overpriced
Mobile App Promises Easier, Better Crypto Options Trading Experience
Three Days of Hearings Before India’s Supreme Court on Crypto Ban
New Analysis Finds That Mondays Are the Best Days to Buy Bitcoin
Crypto Fights for Freedom in India’s Supreme Court, Critics Cite Risk
Raiz to Offer Bitcoin Fund to Australian Retail Investors in 2020
<div is="sidebar" :sidebar-data="{"promoButtonsI18n":{"crypto-button":{"url":"crypto.btn.sidebar.url","label":"Get Crypto At True Cost\n","text":"Cryptoassets are complex instruments and investments carry a high risk of losing value. You should educate yourself in how crypto-markets work before making any investments. Always invest responsibly and be prepared for the risks associated with investing in or using cryptoassets. This promotion cannot be considered investment advice."},"etoro-button":{"url":"https:\/\/ad.doubleclick.net\/ddm\/clk\/437480595;240556498;x","label":"Try Etoro","text":"Trade on the world’s leading social trading platform (Highly volatile investment product. Your capital is at risk)"},"hitbtc-button":{"url":"https:\/\/hitbtc.com\/?ref_id=5cba0be404aa3","label":"BEST LIQUIDITY ON HITBTC","text":"Note that all trading strategies are to be used at your own risk. Before trading, we recommend to make sure that you have a clear understanding of cryptocurrencies and how they are traded."},"changelly-button":{"url":"https:\/\/changelly.com?utm_source=cointelegraph&utm_medium=referral&utm_campaign=changellyctengbutton&ref_id=le9ssi8dgmskmqu0","label":"BEST RATES ON CHANGELLY","text":"This is to note that you should realize all crypto trading risks. Please make sure that you understand how crypto exchange service works."},"nexo-butt