A brief breakout into bullish territory for BTC/USD was a red herring, says John Bollinger, who is urging “caution” among traders.

Bitcoin (BTC) hitting highs of $10,300 this week isn’t a breakout and investors should brace for losses, renowned analyst John Bollinger has warned.

In a tweet on June 2, the Bollinger Bands indicator creator said that the largest cryptocurrency’s brief trip to three-month highs was an anomaly.

Bollinger to traders: Be cautious or short

According to charts showing Bollinger band behavior for BTC/USD this week, the spike above $10,300 took the pair into territory that normally dictates an upcoming bull run.

Bollinger bands use two standard deviations to plot a boundary above and below a simple moving average price. Normally, this is the 20-day moving average.

When an asset price breaks out of the space between the two bands, the event suggests that volatility up or down is incoming. This behavior tends to be preceded by a narrowing of the band contours.

Bitcoin had stuck rigidly to the range between the two bands in May, indicating lower volatility. For Bollinger himself, there was no reason to heed the hint that this week’s breakout was genuine.

“The is a Head Fake at the upper Bollinger Band for $btcusd, time to be cautious or short.” 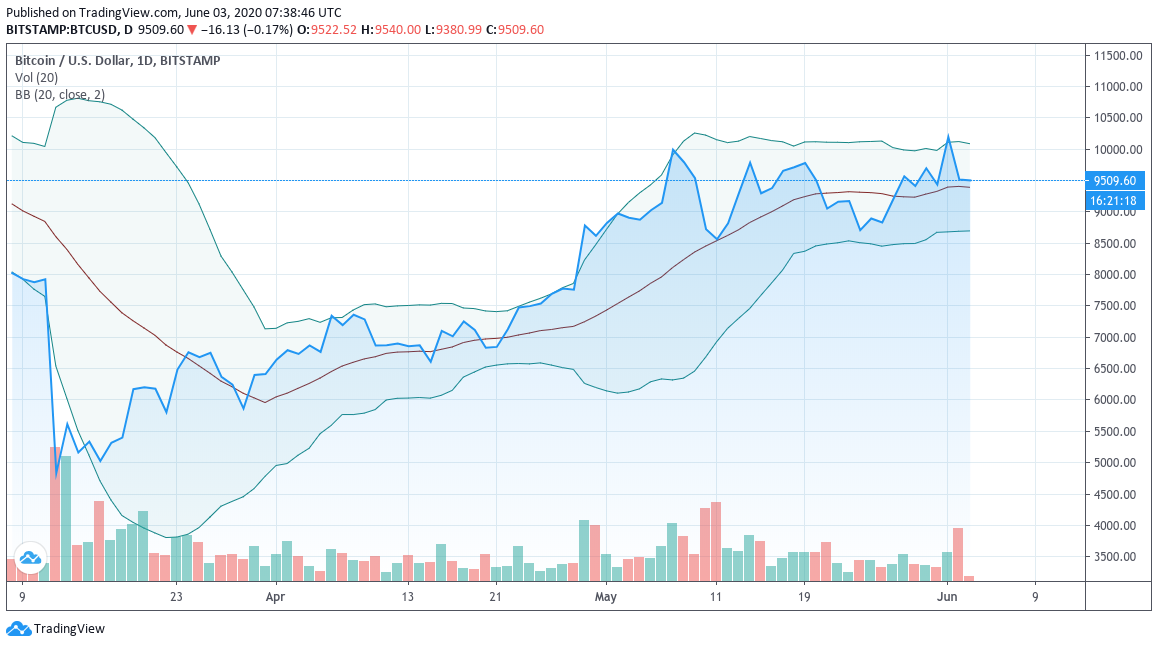 The indicator has previously shown efficiency in tracking Bitcoin bull and bear cycles, with the start of 2020 proving to be no exception. December saw a narrowing of the bands, followed by sustained upside as this year began.

Bollinger’s warning comes as Bitcoin appeared to gain from unrest in the United States and a drop in the value of the dollar. As Cointelegraph reported, the panic also fueled gold, while any major gains for Bitcoin could rest on how events continue to unfold.