Bears Attack Bitcoin at the Daily Close as BTC Price Slips Below $6,666

Bitcoin price continues to struggle as it shed $200 more dollars with less than a month now before its much-anticipated halving event.

6225 Total views
69 Total shares
Listen to article
0:00
Market Update
Own this piece of crypto history
Collect this article as NFT

Within the last 24-hours Bitcoin (BTC) price dropped to a two week low at $6,468. The mild correction came right at the daily close and although the price traded most of the day between $6,780-$6,680, the downside move should be no surprise as a pattern of daily lower lows has been in play since April 10.

For some traders, the $6,666 meme has been something of a line in the sand and glance at the 4-hour chart shows the price has a tendency to wick down once this devilish level is pierced.

All humor aside, traders have been expecting a strong directional move since the price rejected around the $7,400 range on April 7, 8 and 9, and another signal was the daily decline in trading volume.

The price has also struggled to push above the 50-day moving average ($7,000) and below this level, $6,900 has been an especially difficult resistance to overcome. 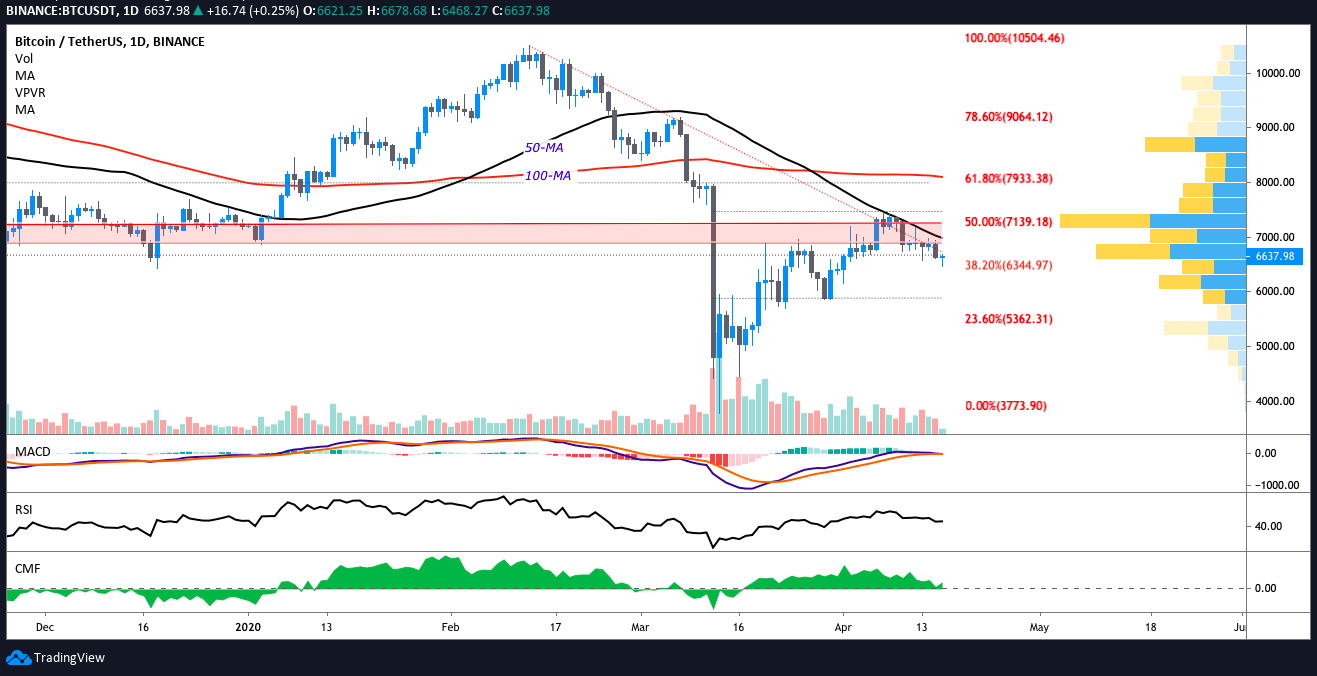 As has been thoroughly discussed in previous analysis and across crypto Twitter, a break below the $6,200 support increases the chance that Bitcoin price will revisit the supports in the $5,800-$5,400 area. 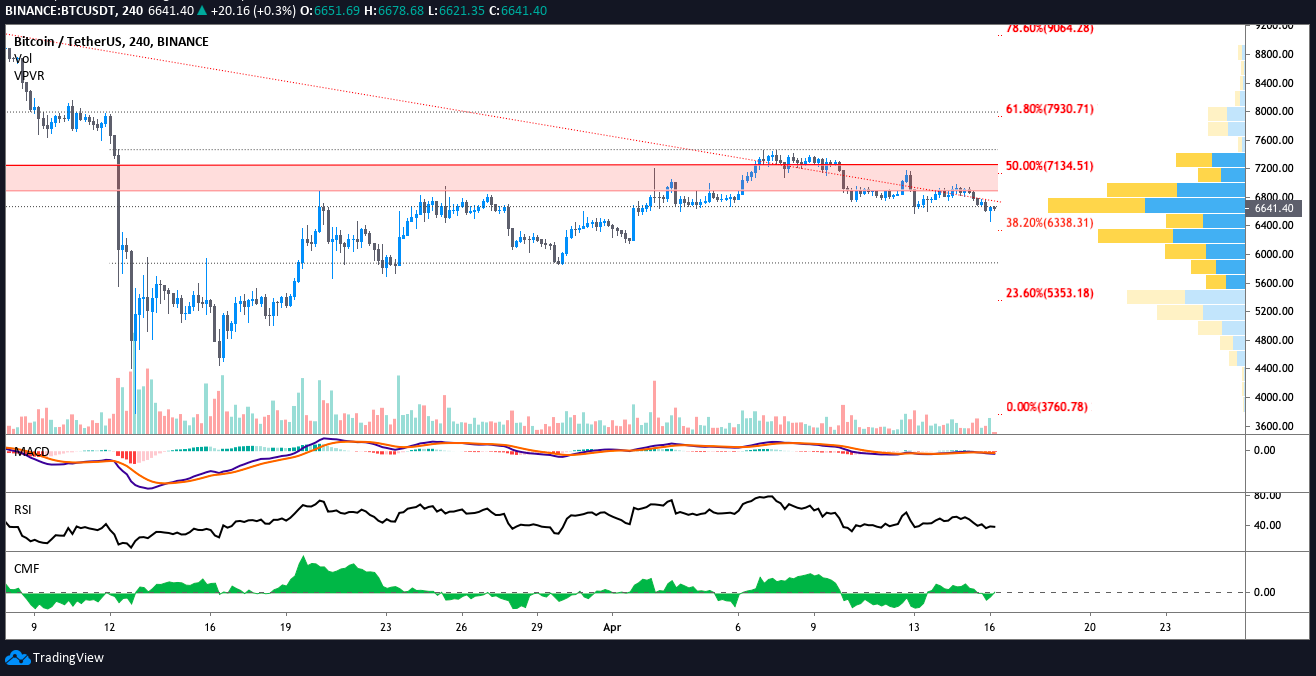 On the shorter timeframe, one can see that the price has dropped below the moving average of the Bollinger Band indicator. But while the $6,650 support has been lost, the most recent candlestick and increase in buy volume show traders bought into the dip. Though a 4-hour close above $6,763 is needed to rouse any hope that Bitcoin can reclaim the $6,900 to $7,000 zone.

The long-term descending trendline from the Feb. 13 high at $10,508 still looms overhead at $6,720 and aside from the 50-MA, Bitcoin price has struggled to sustain above the trendline.

Ultimately, not much has really changed with the market structure. The point of control is at $7,300 and a bullish outcome will require the price to push through the resistance zone at $6,900-$7,260 in order to take a shot at $8,000 at the 61.8% Fibonacci retracement level.