Bitcoin price (BTC) reached $12,000 on some exchanges on July 8 after a fresh uptick saw daily gains top another 6%.

Data showed BTC/USD just hit its latest significant psychological level in trading at press time, having begun the day below $11,500.

On major exchanges, USD spreads meant bitcoin was yet to reach $12,000 universally, with Bitfinex the first to record the higher price point, topping out at $12,040.

Bitstamp, traditionally one of the more conservative price trackers, recorded $11,940. 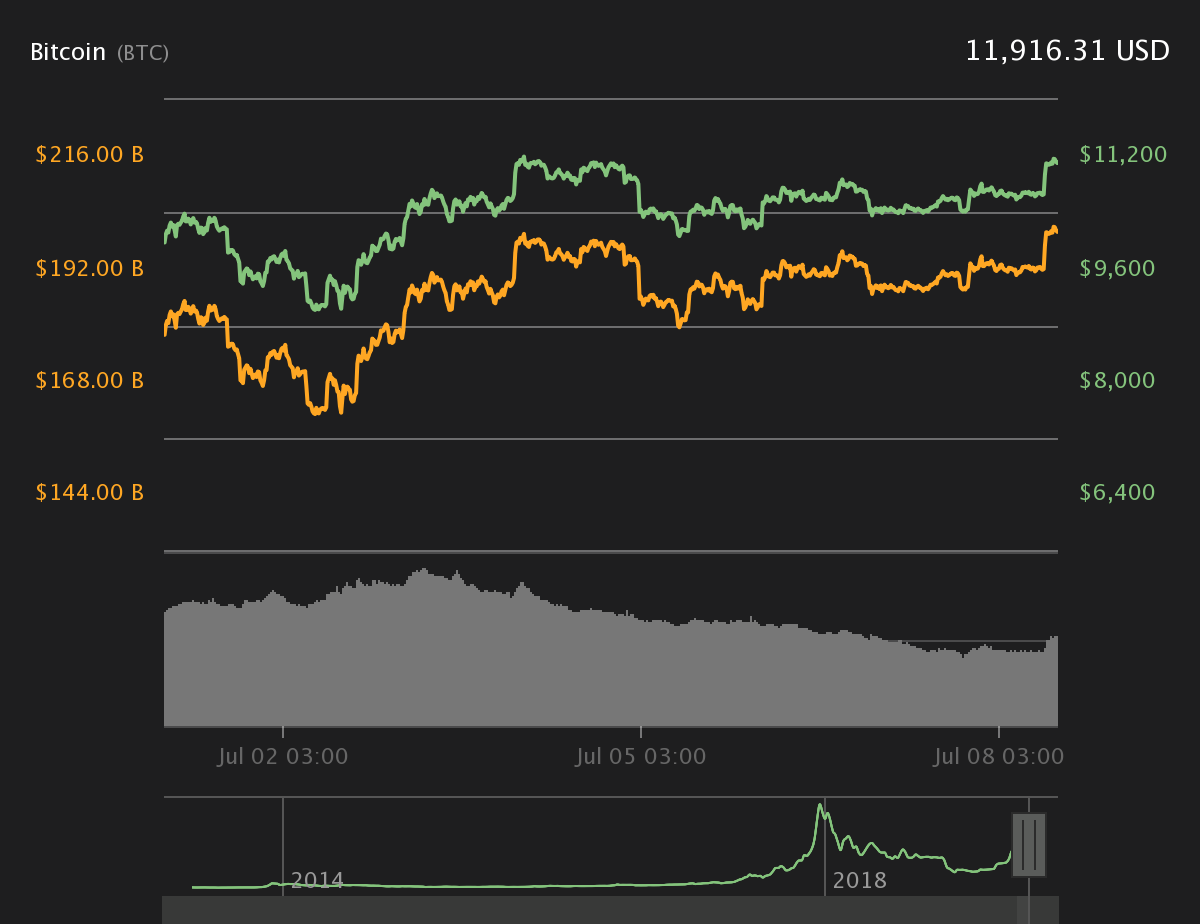 Bitcoin has since surprised markets once again by moving up, casting doubt about the significance of its weekly close below $11,500 resistance.

Progress towards $12,000 occurred as a result of a sudden $500 moonshot which completed in a matter of minutes. Since then, markets have held onto the new levels.

$12,000 represents most of the lost ground bitcoin managed to reclaim in the past week, having previously hit a 15-month high of $13,800.

Attention remains focused on the largest cryptocurrency, with altcoins still putting in lackluster performance for traders. Ethereum (ETH) managed a 6% return on the back of news its own futures could soon launch, trading back above $300.