The crypto markets are seeing a wave of green, with altcoins posting the strongest gains and Bitcoin close to $10,400.

Sunday, Aug. 18 — Crypto markets are seeing a strong surge of green, with altcoins posting the strongest gains and Bitcoin (BTC) circling the $10,400 mark.

After yesterday’s correction, BTC is today up nearly 2%, bringing it to $10,393 by press time. 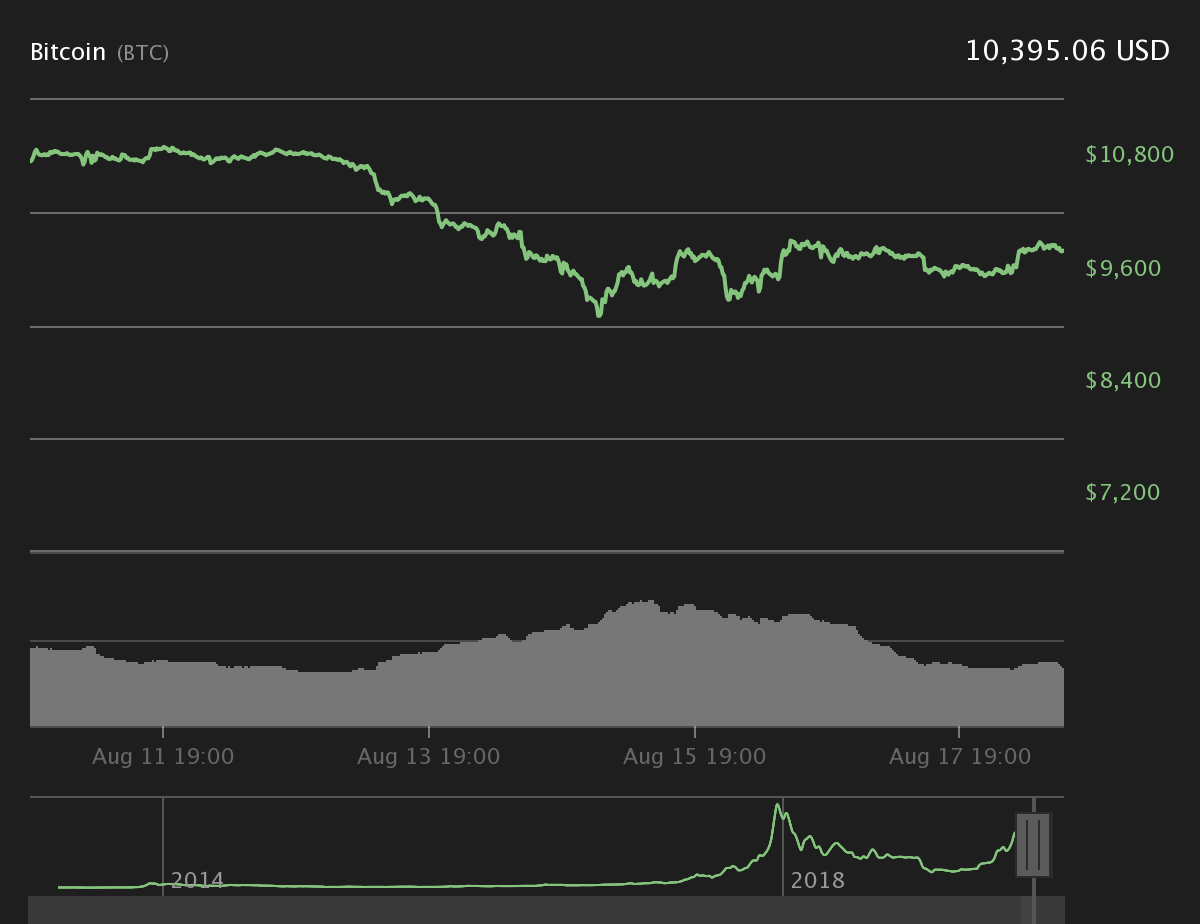 Top altcoin Ether (ETH) has posted a strong gain of over 7% and is trading around $197 by press time. Having dropped below the $200 mark on Aug. 14, Ether’s fresh gains are now edging it back above this threshold. Losses on the week remain at a stark 7.86%. 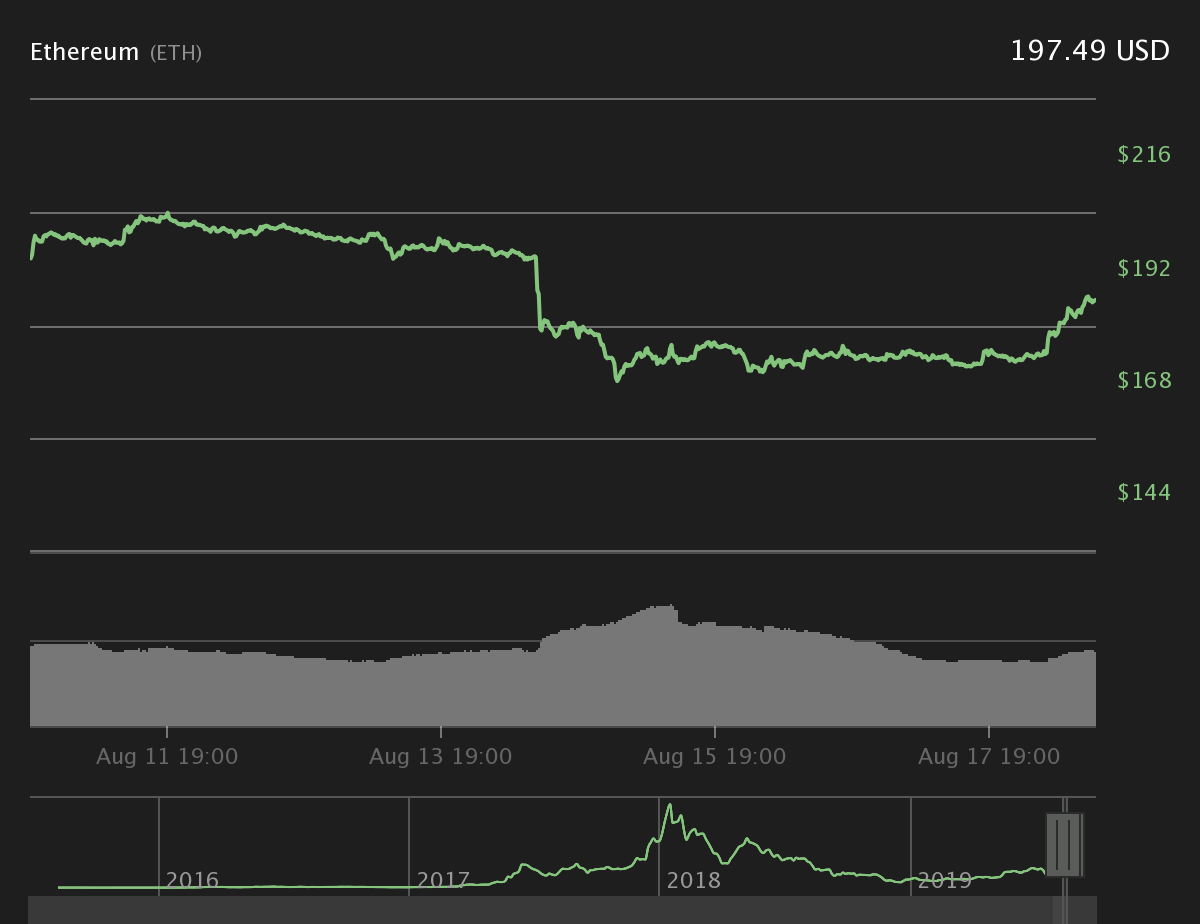 XRP is seeing an even more bullish 10% gain on the day, and is posting a milder 5% loss on its seven-day chart.

Among the remaining top ten coins several alts are seeing solid upward momentum: Litecoin (LTC) is up 6.5% on the day, EOS (EOS) is up 6% and Bitcoin Cash (BCH) is up 5.7%.

Widening out to the top twenty, alts are performing strongly across the board. Cardano (ADA), Unus Sed Leo (LEO) and Tron (TRX) are all up between 7-9% over the past 24 hours.

In alt development news, the team at NEO revealed they were considering integrating Celer Network’s (CELR) layer-two scaling protocol to improve scalability. If finalized, the prospective integration would see the NEO blockchain benefit from Celer’s solution for faster off-chain transactions for payments as well as generalized off-chain smart contracts.

As the alts spearhead today’s market recovery, the community continues to scrutinize the flows of ill-gotten proceeds from the $2.9 billion crypto investment heist PlusToken. As reported, over $240 million in proceeds were reportedly moved yesterday through four Bitcoin-denominated transactions.

Market researcher James Bianco told CNBC today, Aug. 18, that after last week’s turbulence — which saw the 10-year Treasury yield dropping below the 2-year rate for the first time since 2007 — robust action from the Fed would be needed to avoid further negative market trends:

“We could see another plunge in rates. We could see further movement down in yields and the yield curve and more volatility and problems in the markets. He [Powell] should move aggressively,”