Most of the top 20 cryptocurrencies are reporting losses on the day as Bitcoin falls under the $10,400 mark.

Sunday, July 14 — Most of the top 20 cryptocurrencies are reporting losses on the day by press time, as Bitcoin (BTC) fell below the $10,400 mark. 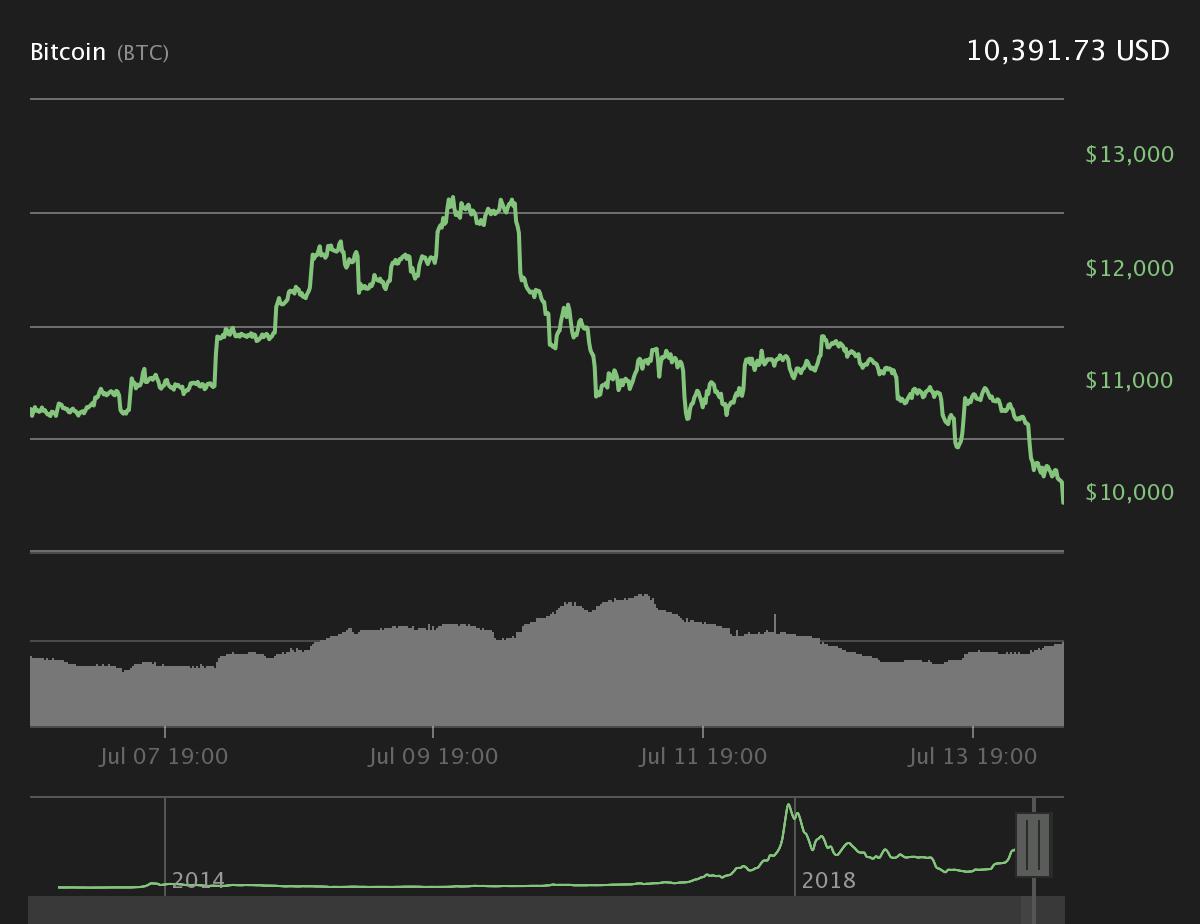 Ether (ETH) is holding onto its position as the largest altcoin by market cap, which currently stands at $24.8 billion. The second-largest altcoin, Ripple’s XRP, has a market cap of $12.8 billion at press time. 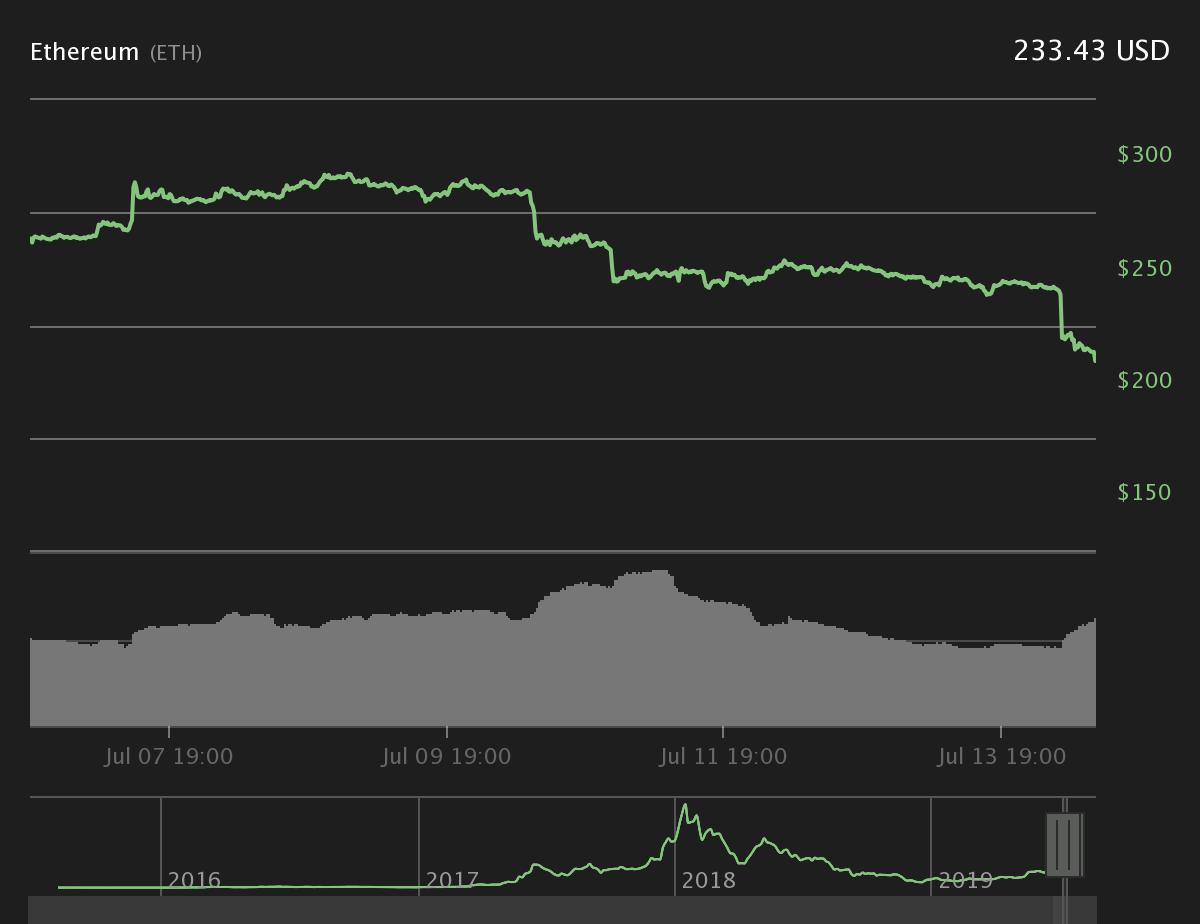 As Cointelegraph reported yesterday, the Ethereum smart contract of 0x decentralized exchange protocol has been suspended after a vulnerability was uncovered in its code. 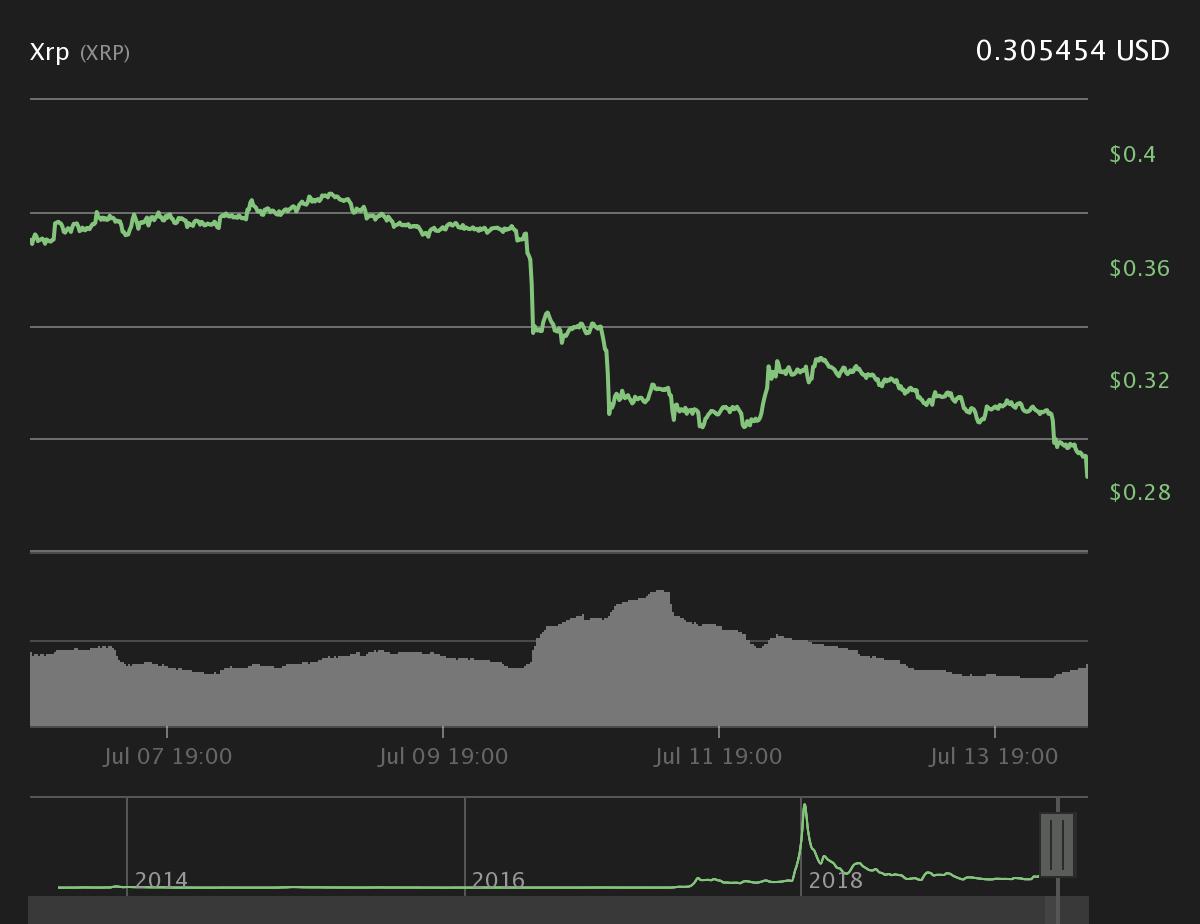 Other major coins are also reporting two-digit losses. Bitcoin SV (BSV) is down 15.69% down, while NEO is down over 16%. At press time, the total market capitalization of all cryptocurrencies is $305 billion.

As Cointelegraph reported yesterday, a draft bill entitled “Keep Big Tech out of Finance” has surfaced online, allegedly from within the United States House of Representatives Financial Services Committee.