Most of the top 20 cryptocurrencies are reporting slight losses on the day by press time as Bitcoin hovers near the $5,000 mark.

9014 Total views
205 Total shares
Listen to article
0:00
News
Own this piece of history

Saturday, April 6 — most of the top 20 cryptocurrencies are reporting slight losses on the day by press time, as Bitcoin (BTC) hovers near the $5,000 mark. 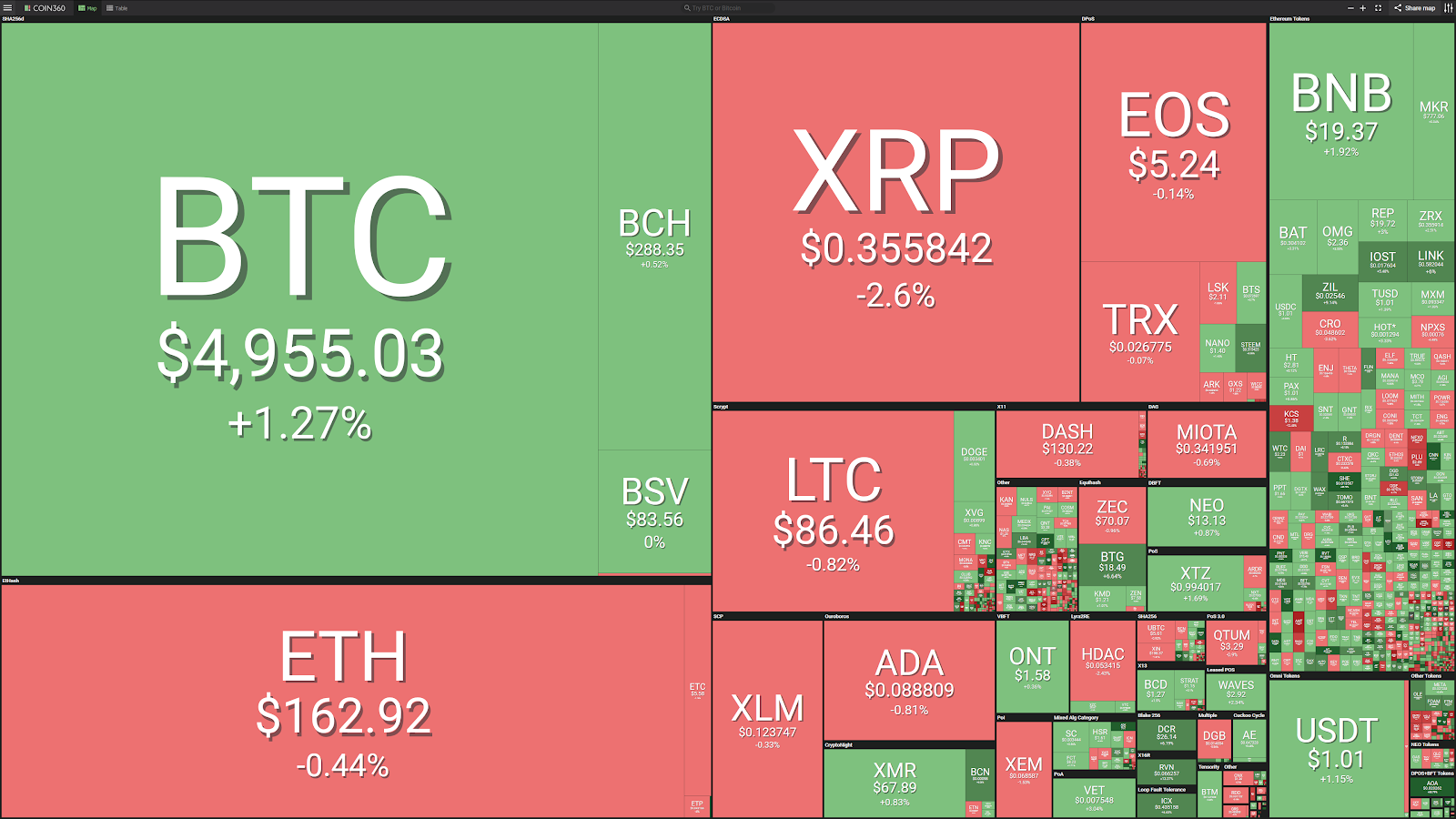 Bitcoin’s price has seen a gain of half a percent on the day, trading at around $5,004 by press time, according to CoinMarketCap. Looking at its weekly chart, the current price is a solid 18% higher than $4,095, the price at which Bitcoin started the week.

Ethereum (ETH) is holding onto its position as the largest altcoin by market cap, which is at about $17.2 billion. The second-largest altcoin, Ripple (XRP), has a market cap of about $14.7 billion by press time.

ETH is down by 0.38% over the last 24 hours. At press time, ETH is trading around $163, after having started the day at the same price. On its weekly chart, ETH has seen its value increase by over 12%.

Second-largest altcoin Ripple has lost three percent over the 24 hours to press time, and is currently trading at around $0.354. Looking at the coin’s weekly chart, its current price is over 12% higher than the price at which it started the week.

Chris Larsen, co-founder of San Francisco-based technology company Ripple, and his wife Lyna Lam have donated $25 million in XRP to a university in California, according to an announcement released yesterday.

Among the top 20 cryptocurrencies, the only ones reporting gains (other than Bitcoin) are Binance Coin (BNB) and Monero (XMR), both under a percent up, and Tezos (XTZ), about 1.88% up.

The total market cap of all cryptocurrencies is currently equivalent to $174.6 billion, which is almost 18% higher than $143.4 billion, the value it saw one week ago.