Bitcoin Network Is Moving $3 Billion Daily, Up 210% Since April

The data — which has been adjusted to remove noise and certain artifacts, per Coinmetrics — shows an impressive uptrend in the USD value for the volume of the coin’s transactions and transfers over the past 90 days.

The top coin has seen a significantly higher spike in volume as compared with Ether (ETH), which saw a 77% increase over the same time period — from a daily average of $370 million to $657 million. XRP has seen a still milder uptrend, at 61% — with the value of daily transactions climbing from $152.5 million in mid-April to $245.6 in mid-July. 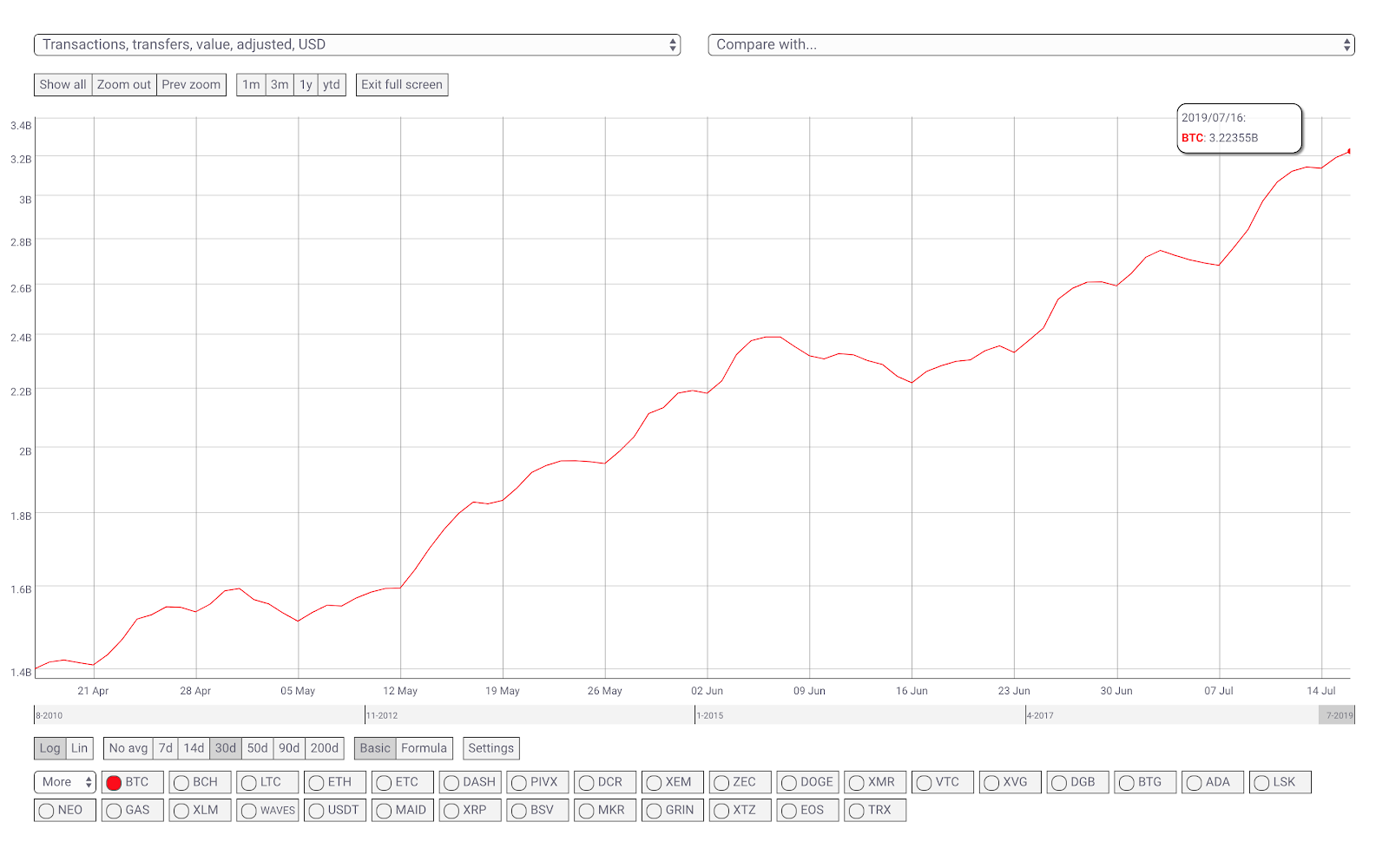 Bitcoin broke the $3 billion daily average mark on July 11, Coinmetrics’ data shows, when the coin was circling the $11,500 price point. Despite trading roughly $2,000 lower as of today — having taken a steep 11.4% hit on the day and over 24% on the week — average daily transaction value has continued to climb.

Commentators have today argued that the coin’s short-term downtrend was triggered by an antagonistic response from the United States government to Facebook’s Libra coin, which has extended to the cryptocurrency space more broadly.

Veteran trader Peter Brandt anticipates that total market cap could now correct by as much as 80% — yet argues that most of the damage will be shouldered by altcoins, not Bitcoin.

On July 7, Cointelegraph reported that Bitcoin’s hash rate had hit a new all-time high of 65.87 EH/s. Nevertheless, despite the week’s price fluctuations, this figure has continued to soar north, reaching almost 73 EH/s to press time.