Bitcoin (BTC) continued to trade down on July 17 after a further 10% fall sent the price of the largest cryptocurrency back below $10,000.

Data from Coin360 showed a problematic 24 hours for traders Wednesday, BTC/USD circling $9,600 after bouncing off lows at just $9,266. 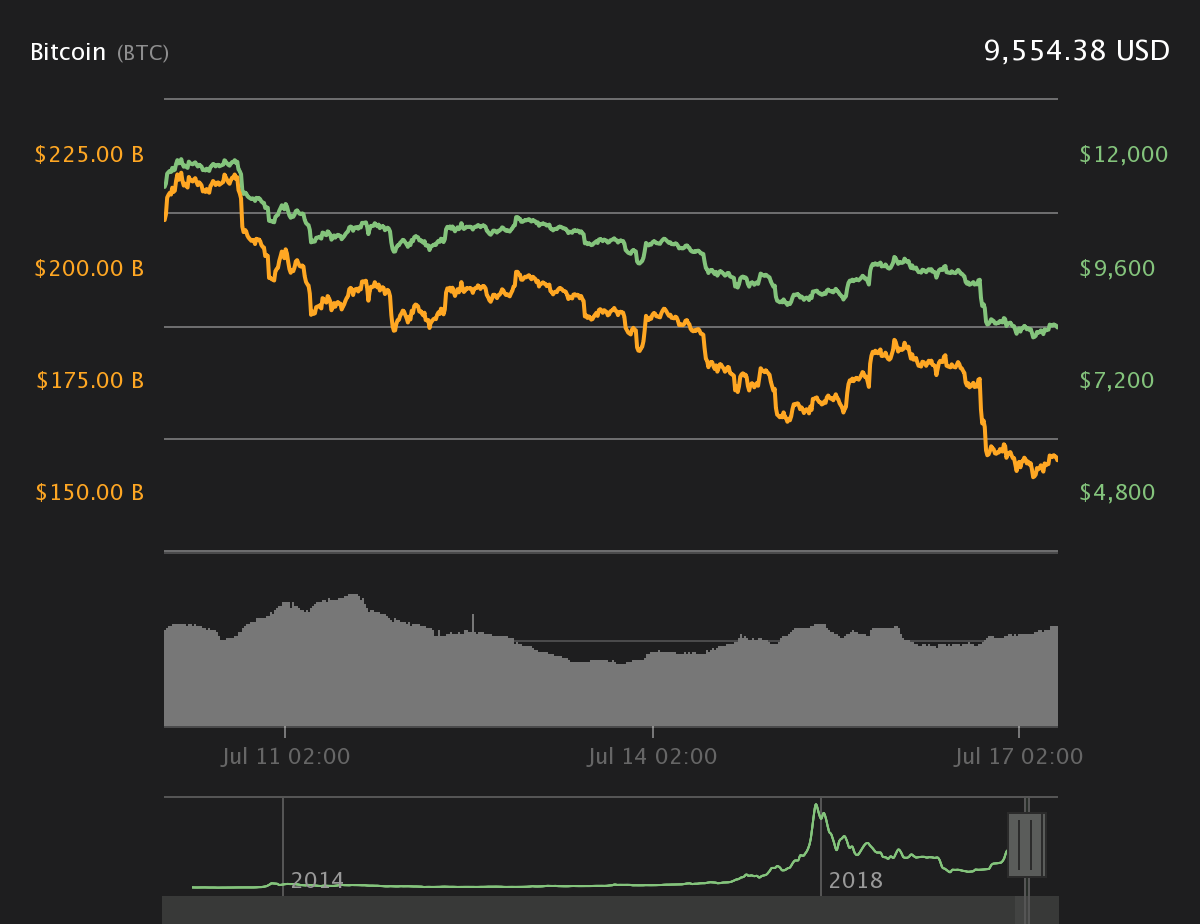 As Bitcoin’s previous parabolic trend appeared firmly over, now, analysts were preparing to brace for a further major correction which could erase even more of its advances.

For Peter Brandt, the veteran trader who predicted several of BTC/USD’s previous phases, that correction could amount to 80% of the combined cryptocurrency market cap gains.

“While the parabola in BTC was subject to different renderings, the parabola in the total market cap chart was loud and clear. Total cap should correct 80%. Most of the damage of decline will occur to altcoins,” he wrote on Twitter Tuesday.

“Market structure is broken and lower-lows have been set on higher time frames,” investor and regular commentator, Josh Rager, continued.

“There will be smaller bounces in between, but it looks like the trend has changed folks - for the short term,” he added, noting the previous bull market pullback lasted up to five weeks before positive sentiment took over.

On Wednesday, Brandt’s forecast of more heavy losses for altcoins in particular had yet to come true, with Bitcoin and many major altcoin tokens losing similar amounts in the past 24 hours. 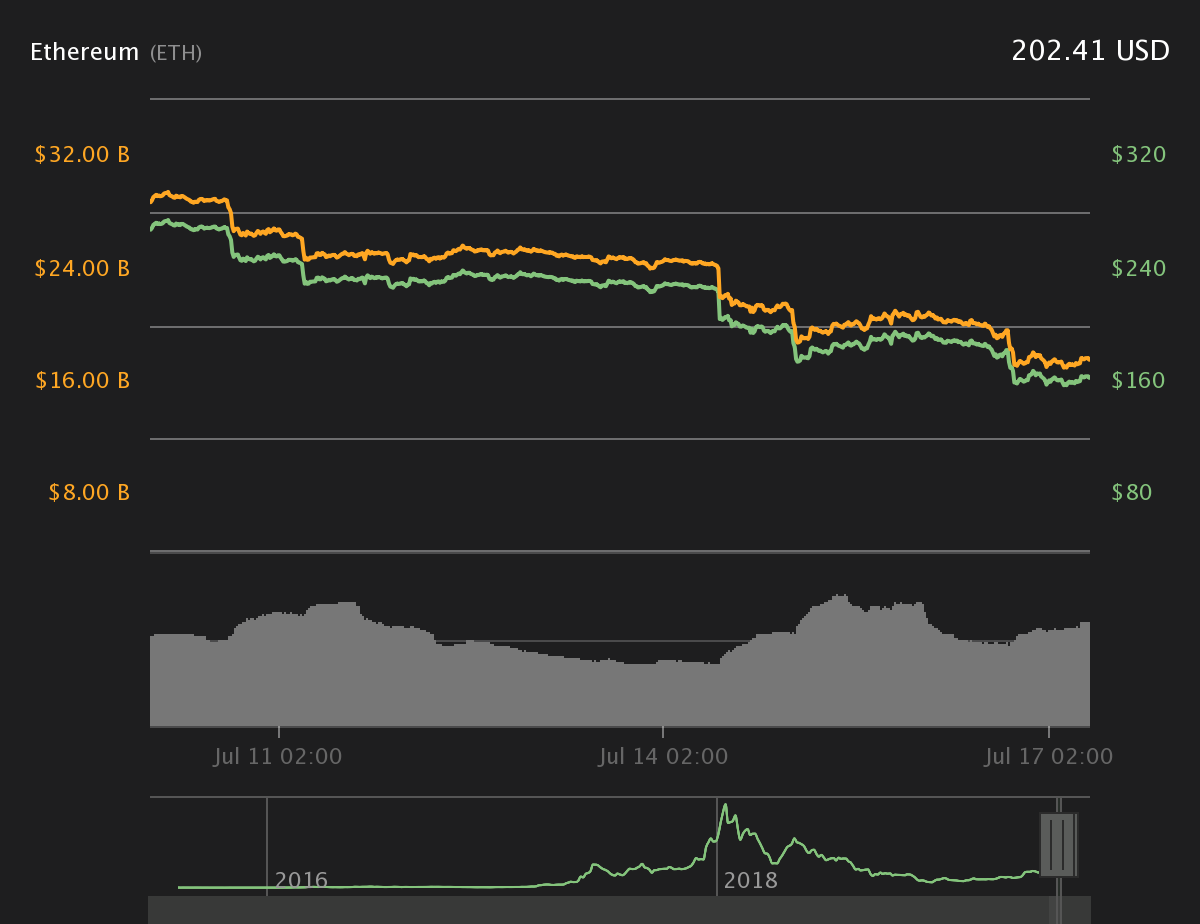 Some managed to avoid such serious losses, perhaps temporarily, such as Bitcoin Cash (BCH), which declined 6.2% in the same period.

Bitcoin currently accounts for just over 66% of the total cryptocurrency market cap, a near two-year high.