The amount of Bitcoin that has not been moved for at least five years is at an all-time high.

The amount of Bitcoin (BTC) that has not been moved for at least five years is at an all-time high, reports cryptocurrency data website Coinmetrics on July 23.

Is hodling currently at its highest?

Per the report, the amount of BTC held in a single address unmoved for at least five years recently reached its all-time high. More precisely, on July 19, the number of coins meeting this requirement reached 3,847,859 BTC.

Coinmetrics claims that this suggests that Bitcoin is increasingly becoming a store of value, as opposed to a medium of exchange. Coinmetrics further calculated that the previously specified number of coins amount to 21.6% of the total supply, which is also a five-year-high. 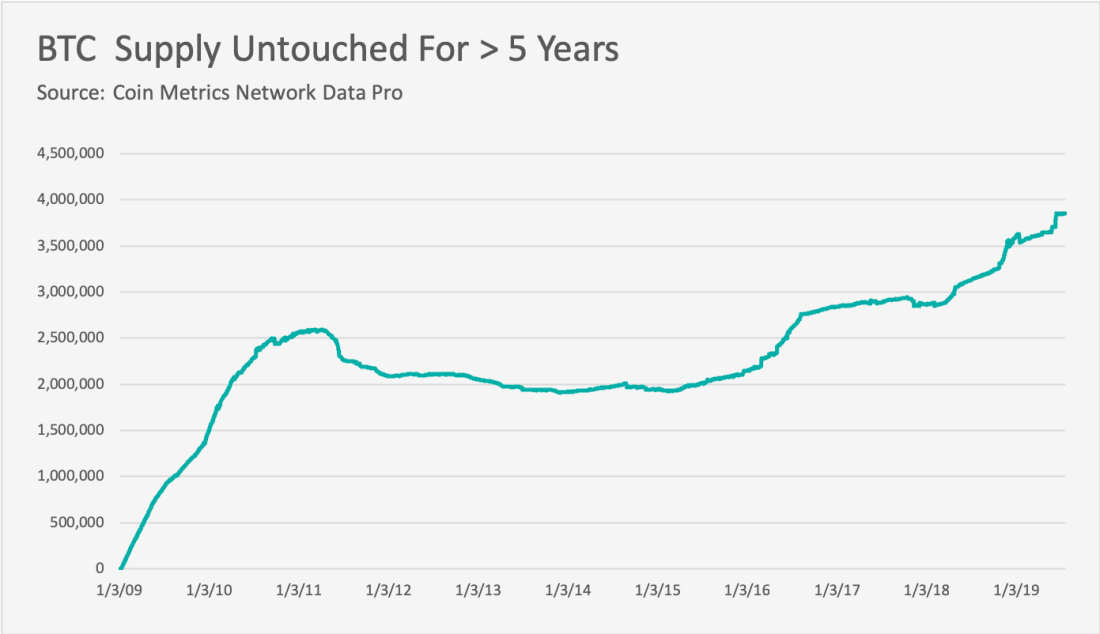 Other data provided by Coinmetrics also suggests that unmoved supply tends to mirror price movements. The report points out that “untouched supply tends to peak towards the bottom of a price trough, and vice versa.” 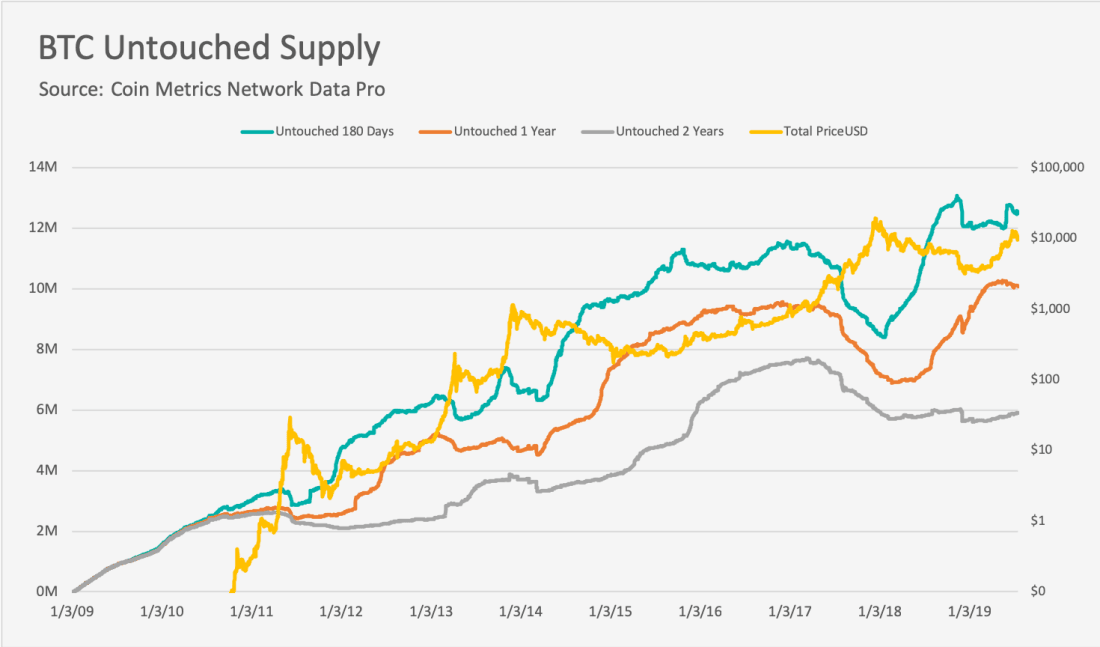 The movement of crypto capital from altcoins to Bitcoin, according to Coinmetrics, is partly motivated by the increasing crypto regulatory turmoil in the United States. The analysis cites the Commodity Futures Trading Commission investigation into crypto exchange BitMex, and the Securities and Exchange Commission lawsuit against the Kin Foundation over the Kin token as examples.

Coinmetrics claims that all of this motivates cryptocurrency investors to move their funds to Bitcoin, given its better regulatory clarity. Furthermore, geopolitical tensions and macroeconomic factors paired with increasing acceptance of Bitcoin as a store of value further provide further long-term support to Bitcoin prices.

The analysis cites the U.S.-China trade war, threats of disruption of oil supplies from the Middle East, the risk of fragmentation of the Eurozone (including the possibility of Italy leaving the EU) and tensions in Hong Kong as geopolitical factors for increased hodling. On the other hand, the cited macroeconomic factors are lower real interest rates on major currencies and the expected start of a monetary easing cycle by the Federal Reserve, the European Central Bank, the Bank of Japan and the People’s Bank of China.

As Cointelegraph reported yesterday, digital currencies are generating increasing interest from investors and traders, according to the CEO of United States brokerage giant TD Ameritrade.