Bitcoin Price Bounces Back Near $10K But Analysts Aren’t Convinced

A change in behavior on crypto markets became apparent Thursday, to the relief of altcoin traders.

Bitcoin (BTC) was challenging the $10,000 barrier again on July 18 after a modest uptick broke up several days of losses.

A sea of green for Bitcoin and altcoins

Data from Coin360 showed BTC/USD hovering just below the significant marker Thursday, circling $9,900 on the back of 2.9% gains over the past 24 hours.

The pair had encountered difficulties over the week, declining from near $11,000 to hit local lows close to $9,000. 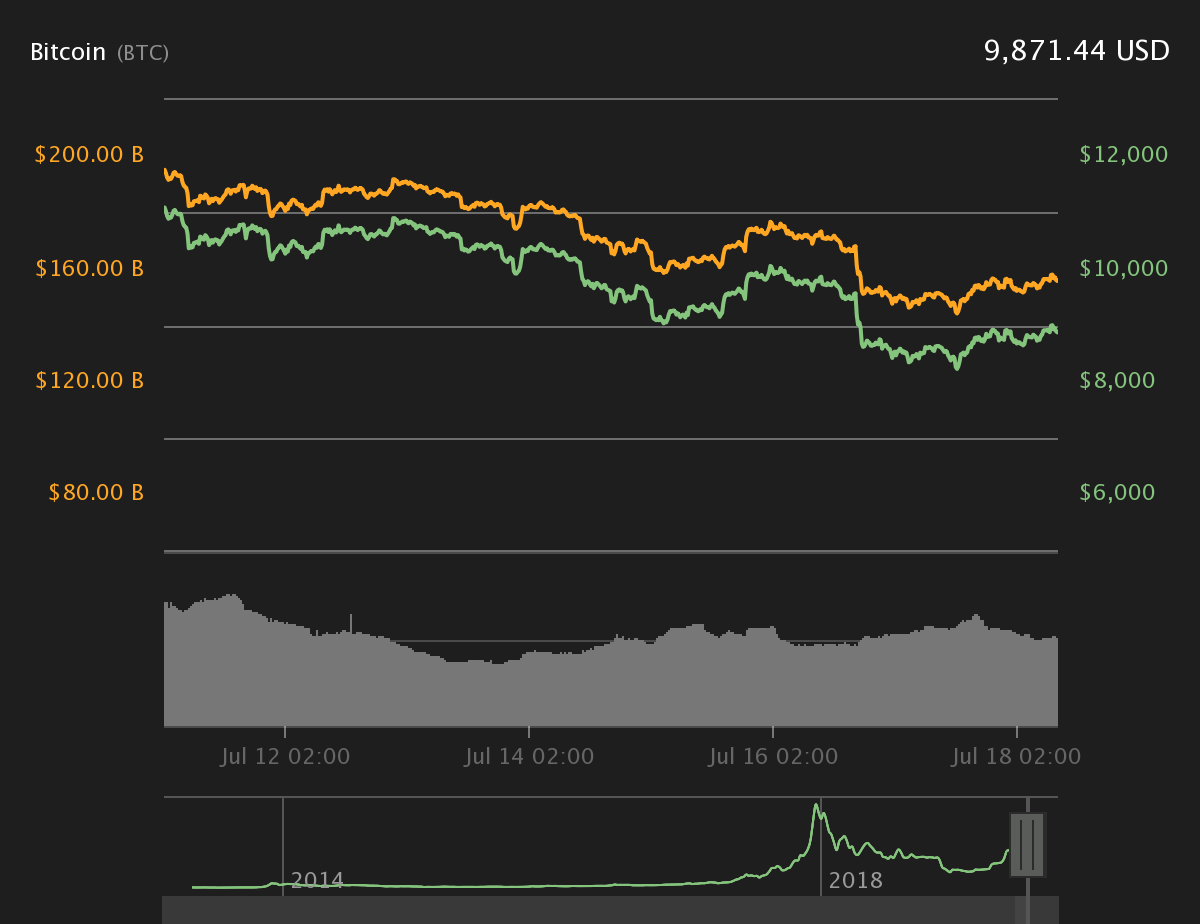 Analysts immediately sounded the alarm about a possible sentiment change for Bitcoin, but found it hard to reach consensus about whether the price declines were part of a long-term bearish trend.

“Bitcoin had a nice bounce that tapped the previous 4hr chart low and I honestly think it needs to push up more before continuation down,” investor and trader Josh Rager wrote in his most recent daily Bitcoin price update on Twitter late Wednesday.

Longer term, the picture is more uncertain for some, with veteran trader Peter Brandt even forecasting an 80% correction in overall cryptocurrency market cap gains seen this year.

Bitcoin’s negligible shift to the upside meanwhile appeared to have a more profound impact on altcoin markets, which had long failed to halt their own declines.

Many tokens in the top 20 cryptocurrencies by market cap showed improved performance Thursday, with Ether (ETH) gaining 6.1% to hit $217. 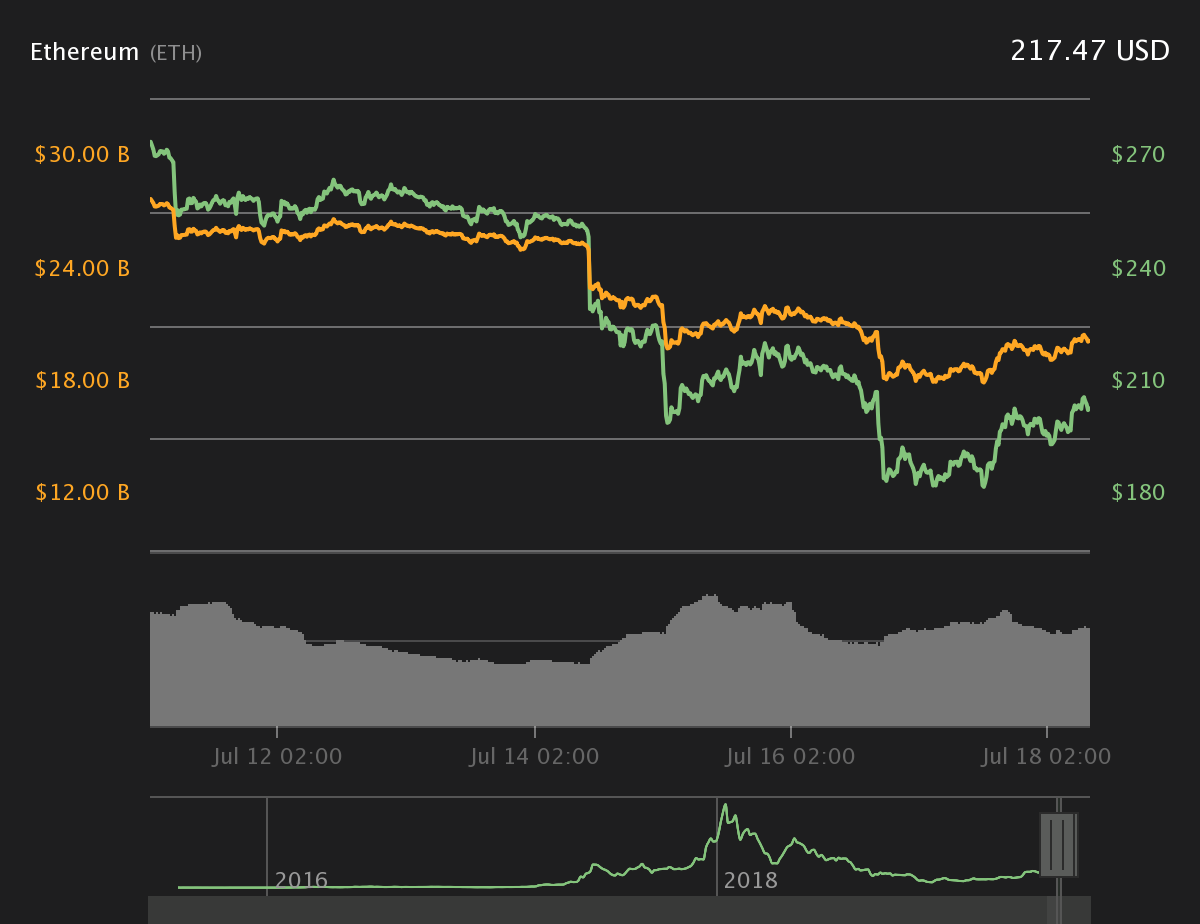 Previously, bearish warnings had appeared — specifically from Brandt — suggesting altcoin markets would not recover at all after Bitcoin’s gains eclipsed them in 2019.