Friday, Aug. 30 — after seeing some growth on the day, crypto markets are trading sideways, with top-20 coins by market cap sending mixed signals. 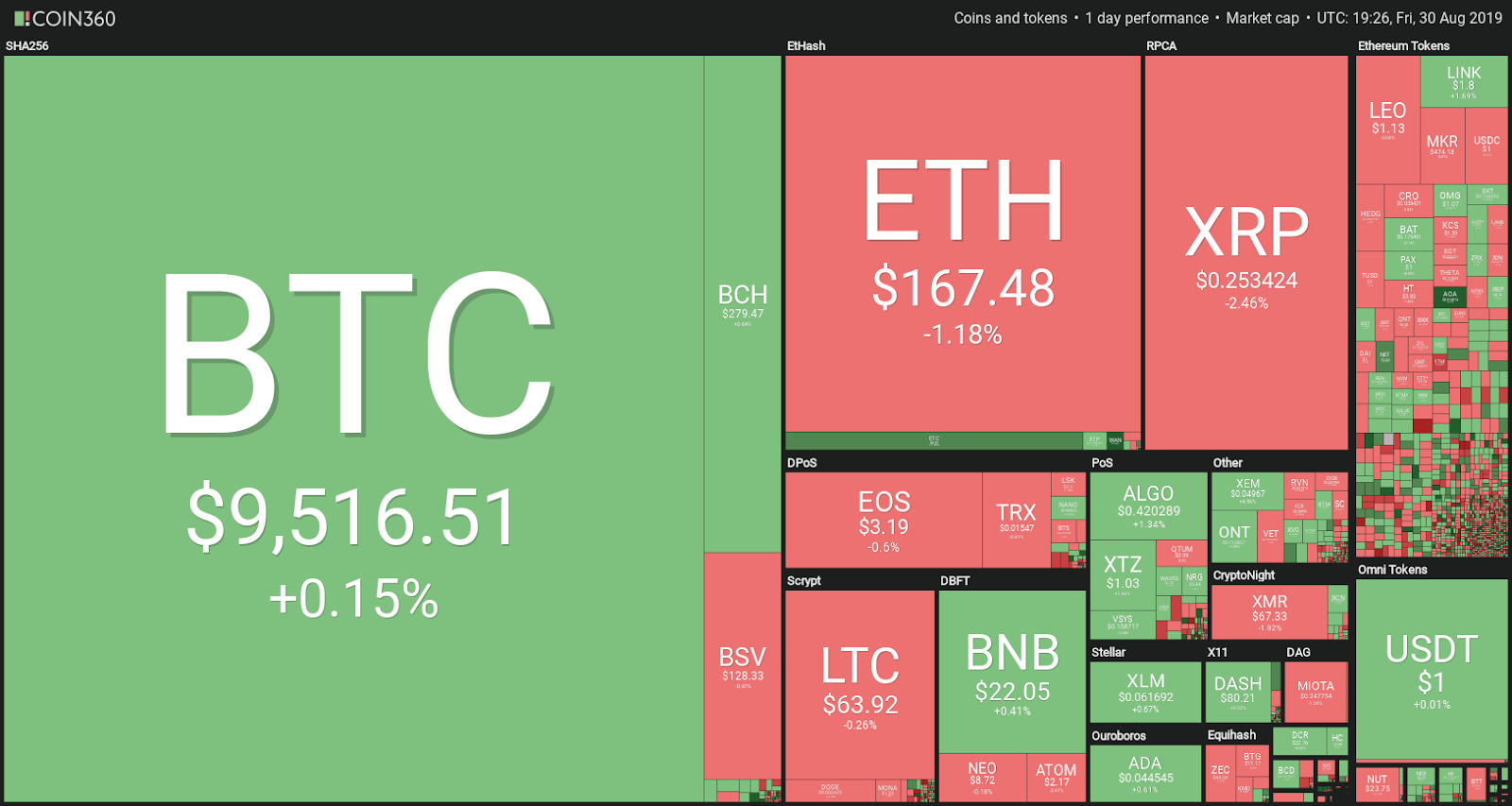 Ether (ETH), the second cryptocurrency by market cap and the top altcoin, is down 0.7% to trade at $169 at press time. Over the 7 days period, the altcoin is down 13%. On Aug. 20, crypto investor and Placeholder partner Chris Burniske argued that Ether has been experiencing its first mainstream bear market.

XRP, the third-top cryptocurrency by market cap, tumbled 1.8% over the past 24 hours and is trading at $0.25 at press time, which is a 7.9% drop over the past 7 days. On Aug. 26, Twitter personality CryptoBitlord posted a tweet suggesting an XRP fork in order to fight against the alleged dumping from the founders.

While most of the top-20 coins by market cap are seeing minor movements, Ethereum Classic (ETC), the 17th largest crypto by market cap, is up 7.7%. As previously reported, one of the reasons for the recent ETC surge is the upcoming Atlantis hard fork, which is expected to occur on Sept. 13.

On the other hand, privacy-focused coin Monero (XMR) is seeing the largest losses among 19 top peers on the day, down 1.9%.

Meanwhile, total market capitalization does not see any notable changes over the day at press time, standing at $247 billion. Daily trade volume dropped from $60 billion to $45 billion so far.

Yesterday, Binance announced that the company will learn from regulatory problems of Facebook’s proposed cryptocurrency Libra in order to avoid its mistakes at mastering Binance’s open blockchain project Venus.