Bitcoin Price Back Above $9.5K as Fundamentals Reach Record Strength

Bitcoin (BTC) price climbed back above $9,500 on Aug. 30 as the largest cryptocurrency continued to grapple with the fallout of this week’s sudden losses.

Markets had slid dramatically a day previously, dropping from $10,200 to hit a local low of just $9,350 hours later. 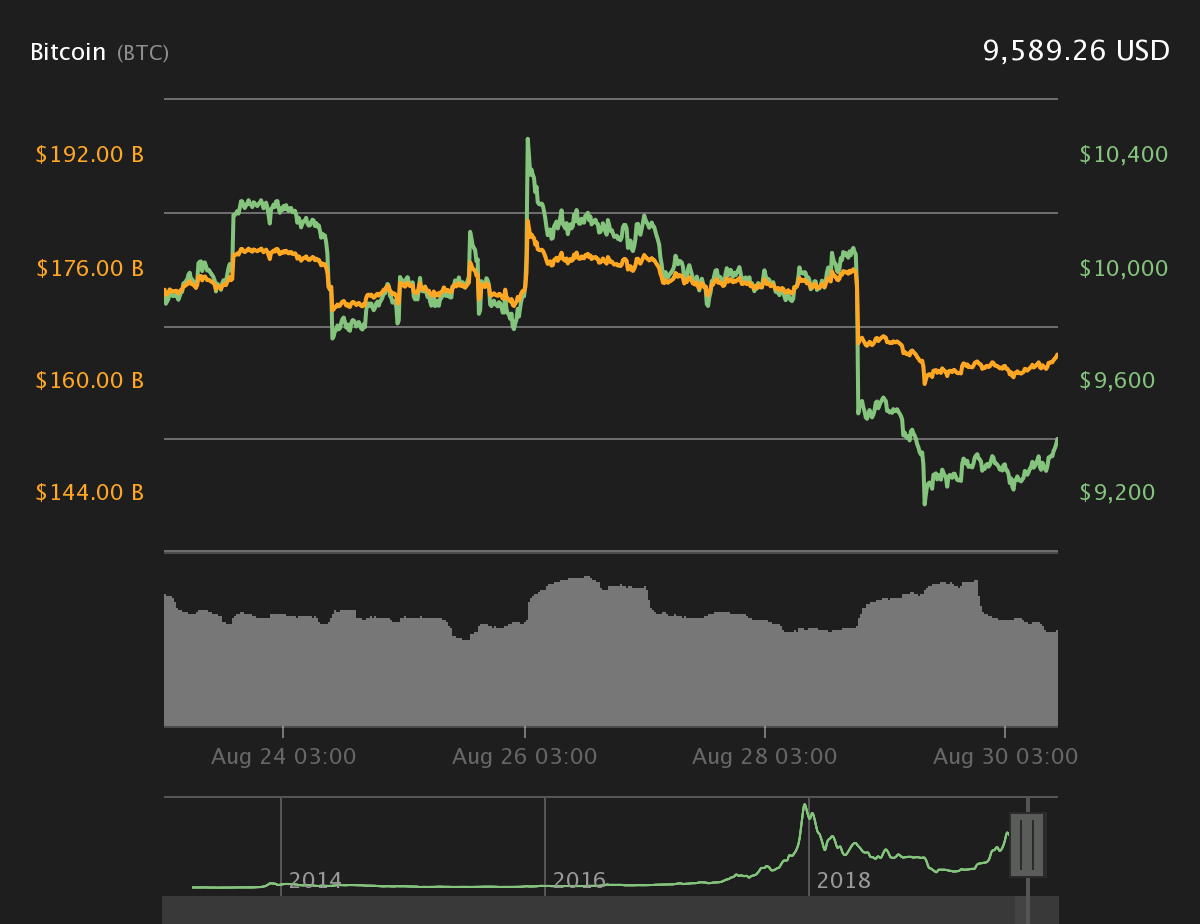 For the short term, regulator analyst Josh Rager warned, a fresh price breakdown at current levels would send Bitcoin price to an area around $8,700.

“After that, it heads towards $8k but everyone is watching it so either it bounces before or goes through,” he wrote in his latest Twitter update. He added:

Despite price woes, Bitcoin continues to exhibit highly bullish technical fundamentals. This week, Bitcoin network hash rate set a new record, while its share of the overall cryptocurrency market cap rose above 70% for the first time since mid-March 2017.

Hash rate, as Cointelegraph reported, has achieved personal bests throughout 2019. The metric refers to the overall computing power securing and verifying transactions on the Bitcoin network. 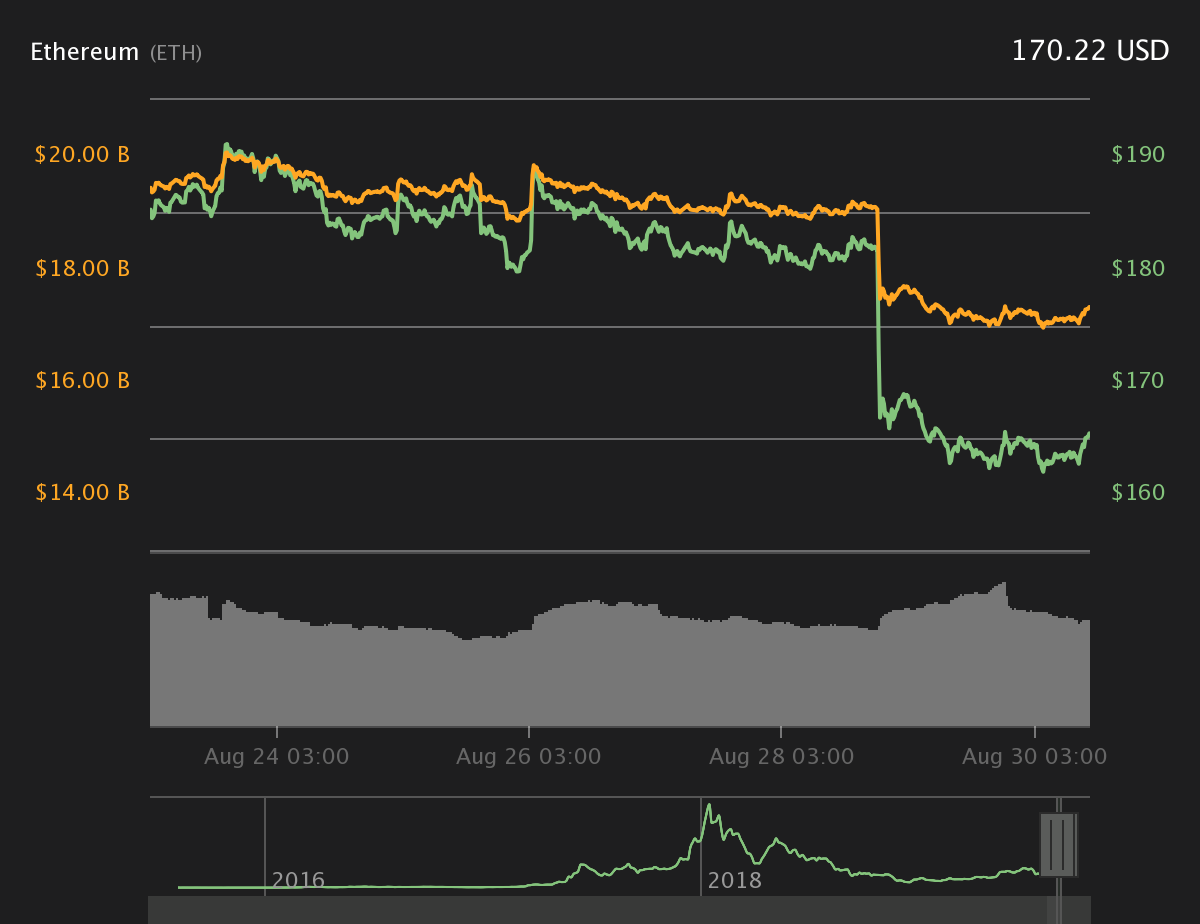 According to Max Keiser, however, Bitcoin’s market cap share should soon reach 85% once again at altcoins’ expense. In a tweet on Friday, the RT host also repeated previous claims that ETH/USD was due to halve in value from $170 to just $90.