Bitcoin Recovers from Below $7.2K After Schiff Says ‘Game Is Over’

Crypto markets continue to trade sideways, with Bitcoin struggling to recover from its intraday low of below $7,200.

Thursday, Dec. 5 — cryptocurrency markets have continued to trade sideways, with 18 of the top 20 coins by market cap seeing notable losses at press time.

After Bitcoin (BTC) attempted another recovery yesterday to break above $7,500, the biggest cryptocurrency has dipped below the $7,200 threshold again today. 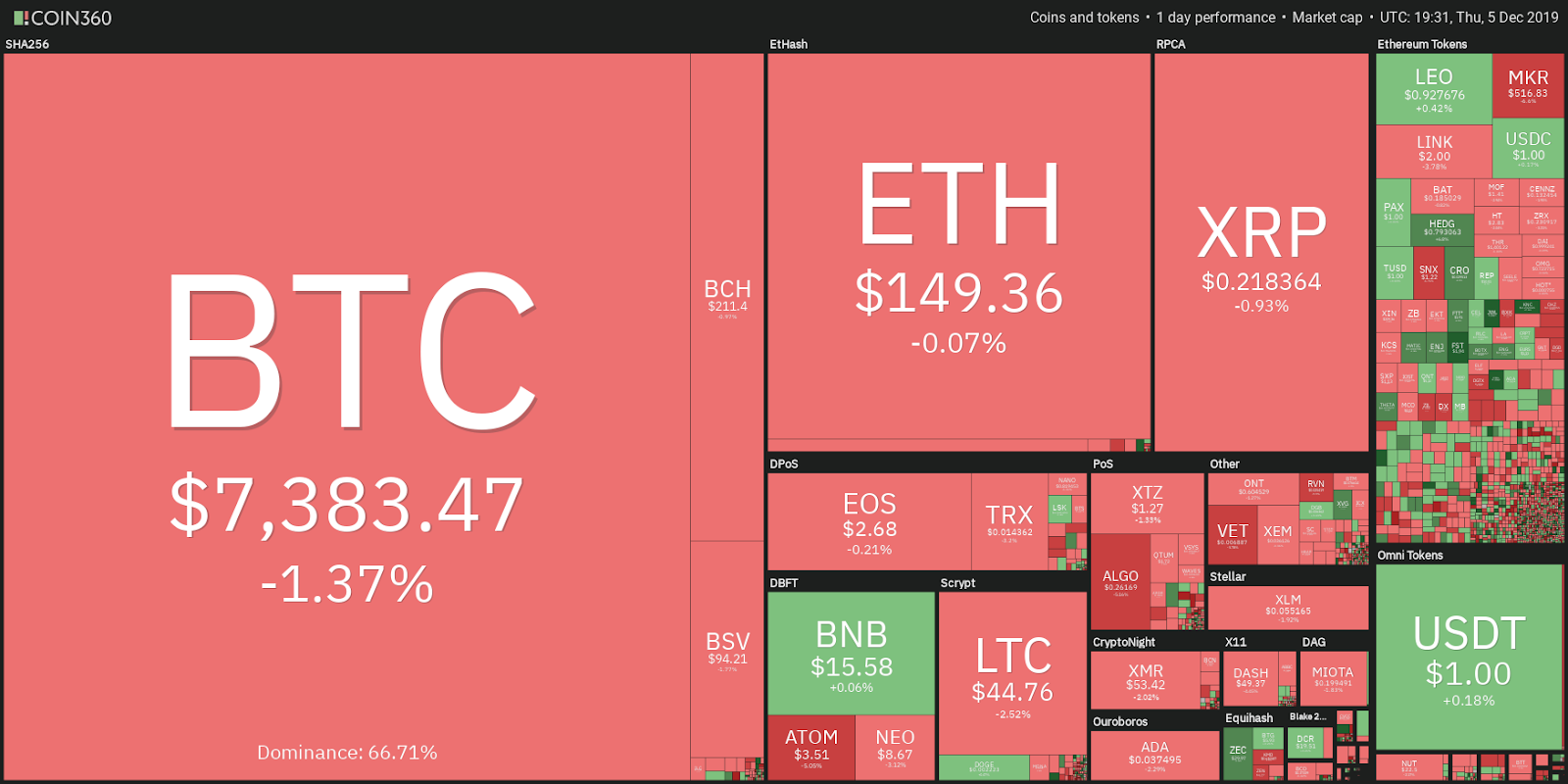 Bitcoin’s price dynamics look worse over the past week as the cryptocurrency lost 2.7% over a seven day period to date. Over a 30-day perspective, the trend is even worse, as Bitcoin has slipped more than 20% from around $9,346 on Nov. 5.

Bitcoin’s recent price fluctuations came amidst a transaction that moved nearly $9 million in BTC in a single hour yesterday.

According to gold bug and famous crypto skeptic Peter Schiff, the recent movements in Bitcoin’s price show that Bitcoin cannot attract any new buyers and the game is over. He tweeted on Dec. 4:

“Bitcoin pump & dumpers are losing their mojo. They managed to pump the price by $550 in one minute, a 7.5% spike. Yet the dump reversed the entire pump with an 8% drop in just 7.5 hours. If #Bitcoin pumpers can no longer sucker in new buyers the game is over. Look out below!”

Meanwhile, Bloomberg analysts have recently predicted that Bitcoin will see $6,500 as good support and $10,000 as initial resistance in 2020. The experts added that most of their indicators demonstrate that dipping below $6,500 is unlikely.

Ether (ETH), the second-largest cryptocurrency by market cap and the top altcoin, is down by .01% to trade at $149 at the time of publication.

Total market capitalization of all cryptos amounts to $200 billion at press time.