Yet another Bitcoin fork could occur in December in the form of so-called Bitcoin Silver, aiming to decentralize mining. 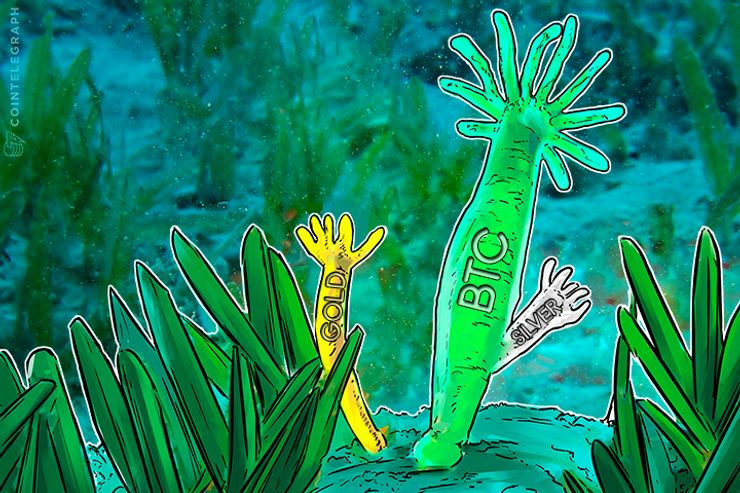 As more cryptocurrency exchanges drop support for SegWit2x, yet another fork may soon grace the industry in the form of Bitcoin Silver.

Coming less than a day after Bitcoin Gold forked from the BTC Blockchain, Bitcoin Silver’s developers wrote on the Bitcointalk forum they intend to “make Bitcoin decentralized again.”

“...Bitcoin Silver will provide an opportunity for countless new people around the world to participate in the mining process with widely-available consumer hardware that is manufactured and distributed by reputable mainstream corporations.”

While no technical details are currently available, Bitcoin Silver will follow Bitcoin Cash-style distribution methods and be available to BTC private key holders in December. The exact block the fork will occur at remains undetermined.

Bitcoin lost around eight percent in the 24 hours after Bitcoin Gold, as uncertainty surrounding the forthcoming SegWit2x fork continues to preoccupy consumers and businesses alike.

Announcements of how 2x will be treated are appearing almost daily from major players, with opinions varying.

On Wednesday, trading platform ANXPRO said it “will not be supporting the Bitcoin SegWit2x hard fork in the near future.”

“Security and stability is always our top-most priority and ANXPRO cannot, at this time, support unproven and unstable Blockchains,” it said in a mailing to users.

Another company abandons NYA, @ANX_PRO will not be supporting Bitcoin SegWit2x Hard Fork in the near term. #Bitcoin https://t.co/oX69XIkAb3 pic.twitter.com/rq4KRA8nv3

At the same time, major exchange Coinbase appeared to U-turn on its position to sideline 2x, CEO Brian Armstrong apologizing for a lack of “clarity.”