Bitcoin Surges to $9.3K for First Time in a Week — Is it a Fakeout?

The price of Bitcoin surpassed $9,300 for the first time since July 13 but traders are still cautiously optimistic about the trend of BTC.

The price of Bitcoin (BTC), the top-ranked cryptocurrency by market capitalization, surged past $9,300 on July 21 for the first time in over a week. Following a low-volatility range, traders are seemingly turning cautiously bullish in the near-term.

Since late June, Bitcoin has been stuck in a relatively tight range between $9,000 and $9,250. It struggled to see a major price movement causing the volume to slump. After a quick upsurge from $9,150 to over $9,300, traders predict that a volatility spike is imminent.

The price surge coincided with a U.S. stock market rally, driven by a new round of stimulus. U.S. Treasury Secretary Steven Mnuchin said a $1 trillion stimulus deal is in the works. 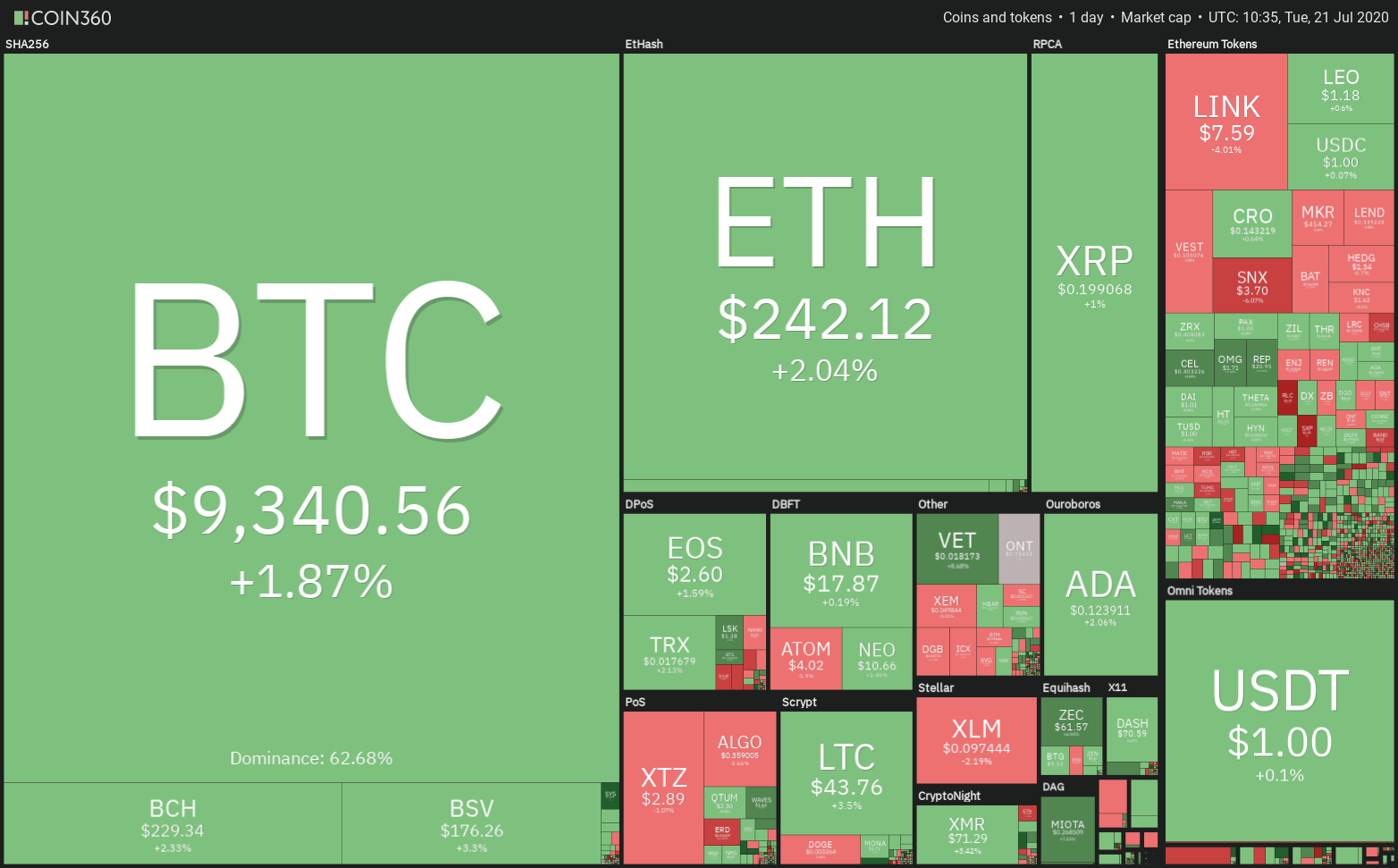 The performance of top cryptocurrencies in the last 24 hours. Source: Coin360.io

Some traders say a break to the upside is likely, but declining volume is concerning

Several technical analysts say that the recent rally of Bitcoin could lead to a bigger rally in the short-term. Bitcoin faces key resistance levels at $9,550 and $9,800, and BTC saw steep rejections from both areas previously.

Crypto trader Philip Swift pinpointed that the two-month range of Bitcoin since May occurred above the 200-day moving average (MA), indicating that the uptrend of Bitcoin could be intact.

“Promising little pump this morning. I suspect this will be the week we finally break out of the dreaded range.” 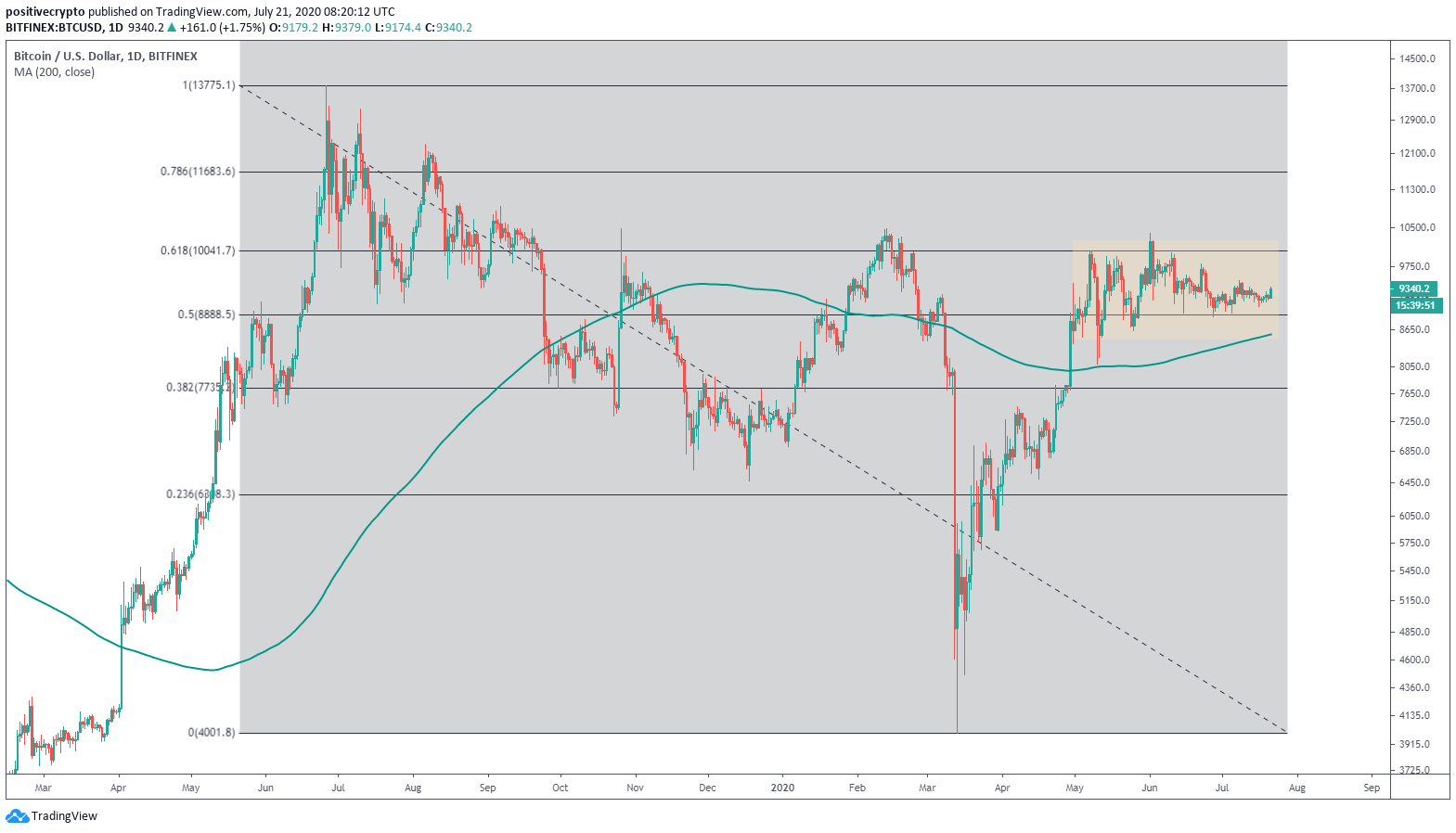 The range of Bitcoin since May was above the 200-day moving average. Source: Philip Swift

Arthur Hayes, the CEO of BitMEX, also expressed his excitement towards Bitcoin’s minor rally. Hayes said BTC awoke from “thee slumber,” referring to its low volatility in the past week. 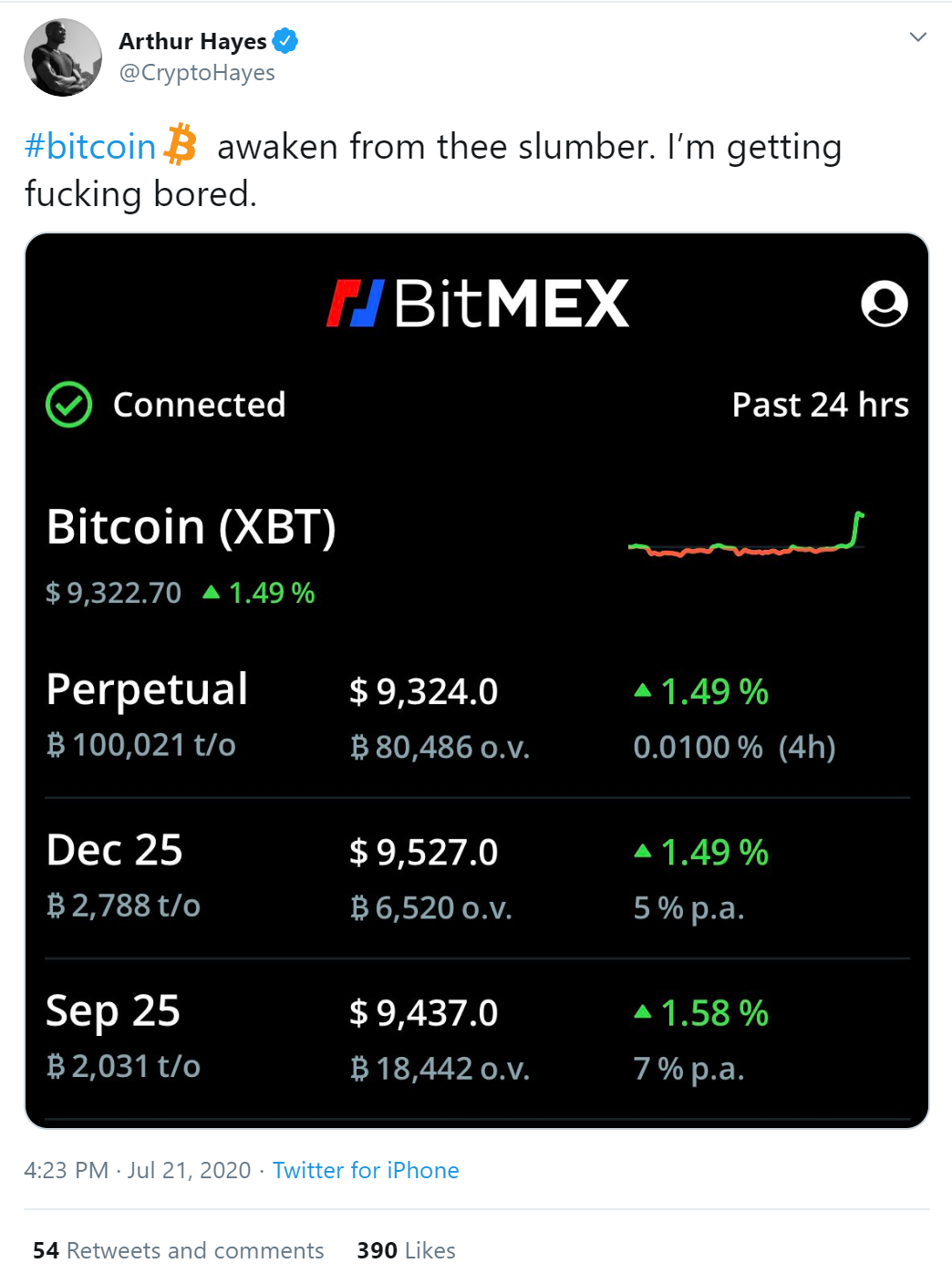 Michael van de Poppe, a full-time trader at the Amsterdam Stock Exchange, hinted that Bitcoin is cautiously optimistic. He said:

“We've got our breaker and bullish move here, as the market is showing strength. I don't think $BTC will accelerate, as it's just still hopping around.”

Binance Futures data shows that the majority of traders on the platform are majority long on Bitcoin and Ether (ETH).

Data from Datamish suggests there are substantially more long contracts than shorts in the entire Bitcoin futures market as well. Longs amount to 22,496 BTC, worth around $209 million. In contrast, shorts stand at a mere 5,555 BTC, worth less than $52 million.

The case for a fakeout rather than an extended Bitcoin rally

Although the 200-day MA technically suggests an uptrend, historical data shows it could easily break down below it. Previous peaks witnessed in July 2019 and February 2020 both rejected above the 200-day MA.

Data from Santiment also shows that the volume of Bitcoin has declined in recent weeks. When an uptrend coincides with declining volume, it could hint at a fakeout.

“BTC's overall trading volume continues to slide, and with so much focus on altcoins currently, Bitcoin's trading volume hitting a daily value of $12.25B Saturday marked the lowest single-day value since October 5, 2019 (a 9.5-month low).” 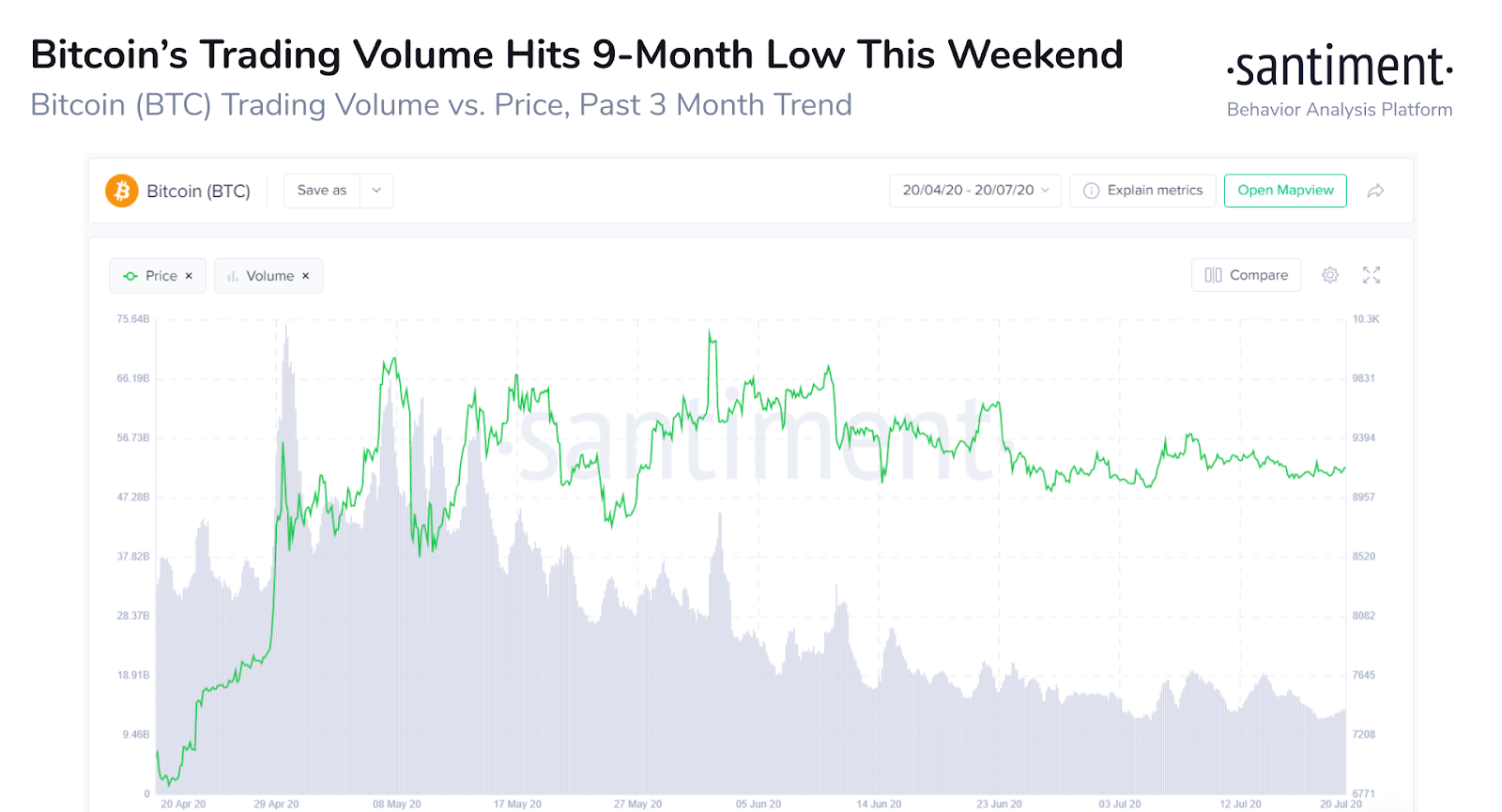 The trading volume of Bitcoin continues to decline. Source: Santiment

The market remains mixed as BTC grinds through the new week. Technical indicators and macro fundamental factors, like Bitcoin’s hash rate and low exchange inflows, suggest an uptrend. But the low volume of BTC throughout the past two months remains a variable.