Blockchains and the related field of decentralized technologies represent a massive opportunity for humanity — not to mention the fact they appeared with almost perfect timing. Our largest institutions have become so powerful that they can take advantage of normal people without repercussions. Look no further than Facebook spying on its users and the surveillance state run by the Communist Party of China.

Fortunately, blockchain technology, cryptography and other distributed systems act as a counterbalance to this extreme consolidation of power. They are defensive technologies that empower the many against the few. Like BitTorrent disrupting the music industry, cryptocurrencies and decentralized applications are nearly impossible to shut down.

Fundamentally, a blockchain is a time-linked distributed ledger. Each computer, or node, in the network retains a copy of the ledger, which reduces the risk of corruption by any individual person or group inside the network.

One trade-off with distributed networks is that, since each computer must retain a copy of the ledger, this puts a huge constraint on the throughput of the system. Essentially, the system only works as fast as any single computer can process transactions.

In 2017, due to the increasing popularity of Bitcoin (BTC), the network approached its current limitation in transaction throughput. In other words, there were more people trying to use the network than it could handle. This caused an increase in the fees required to transfer BTC from one user to another. 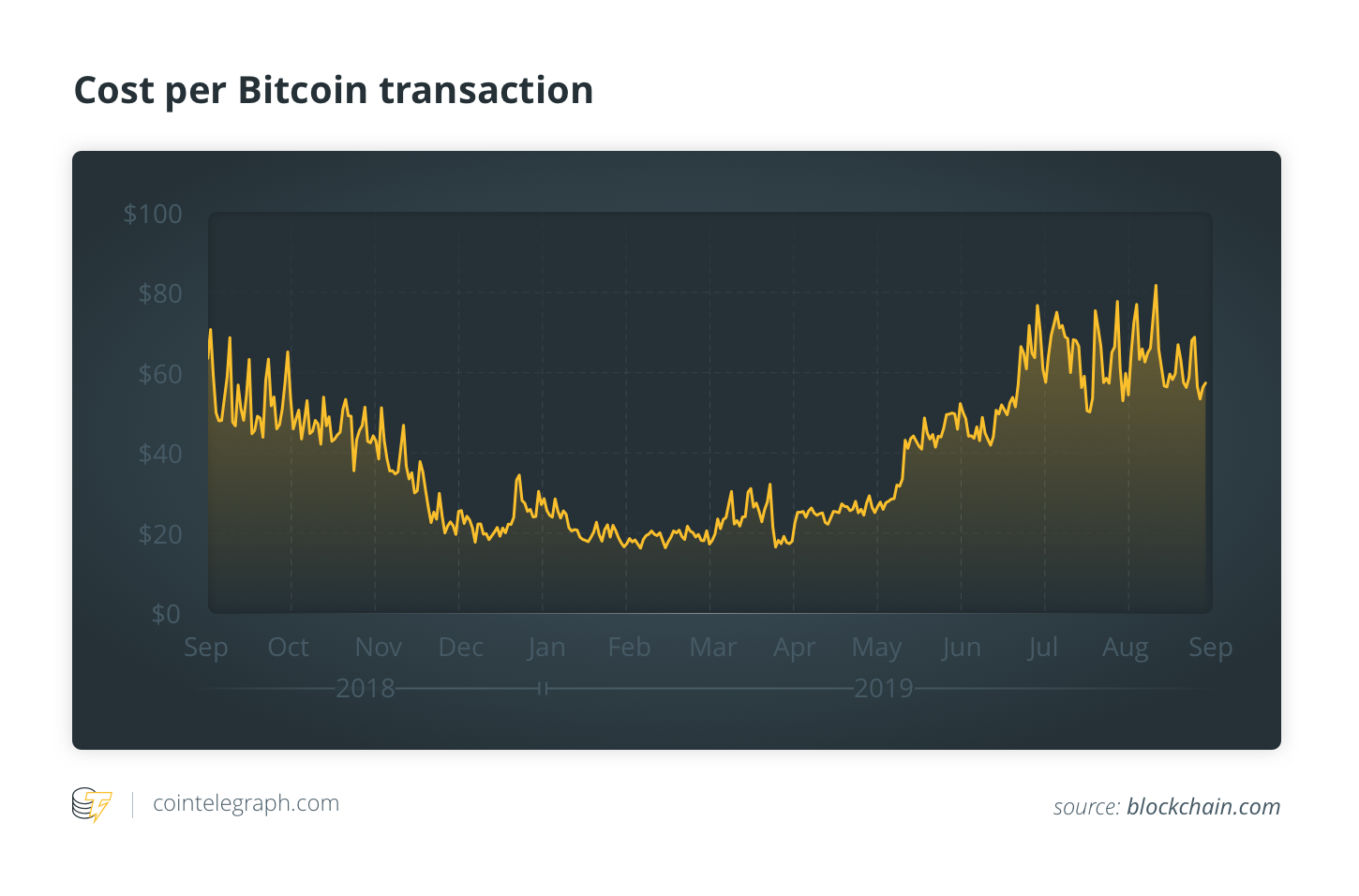 This bottleneck sparked some debates on scaling, in which two different perspectives emerged. One camp wanted to focus efforts on scaling on-chain, which meant increasing the block size limit. This could relieve the pressure of fees in the short term but would only offer a linear improvement — not enough to reach full global adoption.

The other camp wanted to focus on exponential scaling off-chain by building additional protocols on higher layers. Each layered protocol would benefit from the security of the Bitcoin blockchain while adding functionality off-chain. For reference, this layered approach is how our current internet is built.

Related: The Current State of the Bitcoin Network and Its Biggest Block

The main off-chain scaling solution for Bitcoin is the Lightning Network, which could offer the exponential scaling required for Bitcoin to dramatically increase its throughput. But is Lightning Network enough for everyone to buy their coffee with BTC? If it’s wildly successful, most estimates assume there will need to be other scaling improvements to Bitcoin — such as Schnorr signatures, Liquid sidechains and others we haven’t conceived of yet.

We’re now several years removed from the great scaling debate. It’s clear that the Bitcoin community will focus its efforts on the Lightning Network and other second-layer scaling solutions.

However, this doesn’t mean we should abandon the research into more scalable blockchain architectures. The industry is too young to assume Bitcoin has solved all the problems.

Proof-of-work is great for Bitcoin, but we still need alternatives

Bitcoin uses proof-of-work (PoW) to form consensus in the network. This has proven to be extremely secure for Bitcoin, but it’s also very resource-intensive.

Bitcoin already serves as a currency on the internet, so we don’t need another PoW chain to compete. Instead of creating more PoW blockchains, we should be focusing on developing other consensus mechanisms with different trade-offs in order to support different use cases, such as voting, social media, a machine-to-machine economy and supply chain provenance.

The two possible alternative consensus mechanisms are delegated proof-of-stake, or DPoS, which is a deposit-based proof-of-stake that was invented by Daniel Larimer and uses a consensus algorithm based on real-time voting combined with a social system of reputation. The second is practical Byzantine fault tolerance (pBFT), developed by Barbara Liskov and Miguel Castro in 1999, which is able to unmistakably reach a consensus despite malicious nodes’ attempts to propagate false data to other peers.

It’s my belief that these alternative systems offer useful properties for some nonfinancial blockchain use cases. However, they don’t satisfy all the potential use cases, and more work needs to be done.

The first, delegated proof-of-stake is an alternative consensus mechanism, in which users vote on a small amount of delegates who maintain the ledger. You can think of this as a representative democracy. The reduction in active nodes means the network can increase its throughput. Each node gets paid through inflation and can justify running a large data center to support the network.

The downside of DPoS is that the network becomes far more centralized. This limits its ability to be censorship-resistant, open and borderless. DPoS is particularly susceptible to takeover from an oligarchy. A malicious oligarchy can buy votes to ensure it stays in power and could potentially change the rules of the network. Currently, the EOS blockchain is centralized in the hands of a few Chinese token holders, claiming to take 11 so-called “Block Producers” (the network’s term for nodes) to control the majority of EOS network, and it’s causing high-profile projects built on EOS to reconsider which blockchain they want to build on.

The other potential base-layer consensus mechanism is the practical Byzantine fault tolerance. Nodes in pBFT systems take turns validating the state in a round-robin format. While pBFT is not technically a blockchain, it performs many of the same functions. This enables higher throughput and lower resource consumption than a PoW blockchain.

The downsides of pBFT include being susceptible to sybil attacks, as it’s trivial to create new nodes on the network. Malicious actors could create enough nodes to reach 33% of the network, in which case they could successfully attack the chain. Bitcoin mitigates this risk by requiring nodes to perform proof-of-work in order to attempt an attack. Also in the Bitcoin network, attackers need control of more than 50% of the network, which is a large increase from the 33% required in a pBFT system.

I envision a future in which social media, public elections and transportation services are on a blockchain. If this scenario plays out, it’s clear to me that we need more than just proof-of-work.

Each consensus mechanism comes with its own set of trade-offs. In order to decentralize everything, we’re going to need many novel approaches to secure decentralized networks.

One thing is certain: Blockchains bring much needed transparency to our institutions. Public ledgers can shine a light on the dark corners of our society. Hopefully, this will cause the cockroaches to scatter, and we can build a more productive society for all.

Barton Johnston is the chief technology officer and co-founder of Blockchain Zoo, a global association of DLT and IT experts, which is building the ZooBC blockchain platform. He has extensive programming and engineering experience in several languages and across a range of industries. His focus is on blockchain technology — specifically the underlying infrastructure. Barton works on the structures of various types of decentralized consensus protocols, hashing and asymmetric encryption algorithms, and analysis and applications of new blockchain and crypto technologies such as Maid Safe, Iota and NXT.