Robert Kiyosaki says there is no longer any time to “think about” buying safe havens like Bitcoin as dollar weakness continues worsening.

Bitcoin (BTC) is an essential investment as the world is about to face a “major banking crisis,” popular author Robert Kiyosaki has warned.

In a tweet on Aug. 21, the author of Rich Dad Poor Dad told followers that there was no time to “think about” investing in safe havens.

The reason, he said, was that Warren Buffett had chosen to dump bank stocks.

“WHY BUFFET is OUT OF BANKS . Banks bankrupt. MAJOR BANKING CRISIS COMING FAST,” he wrote.

“Fed & Treasury to take over banking system? Fed and Treasury ‘helicopter fake money’ direct to people to avoid mass rioting? Not a time to ‘Think about it.’ How much gold, silver, Bitcoin do you have?”

Kiyosaki is a well-known supporter of Bitcoin, frequently advising the public to buy and actively concern itself with the downward trajectory of fiat currency.

The coronavirus crisis has only exacerbated his calls to exit dependency on fiat, in line with various Bitcoin proponents who fear that coronavirus responses by governments have all but doomed already inflated paper money.

In the intervening period since March, when macro assets crashed en masse, both Bitcoin and precious metals have seen huge gains, fueled by the U.S. dollar currency index hitting its lowest in two years. 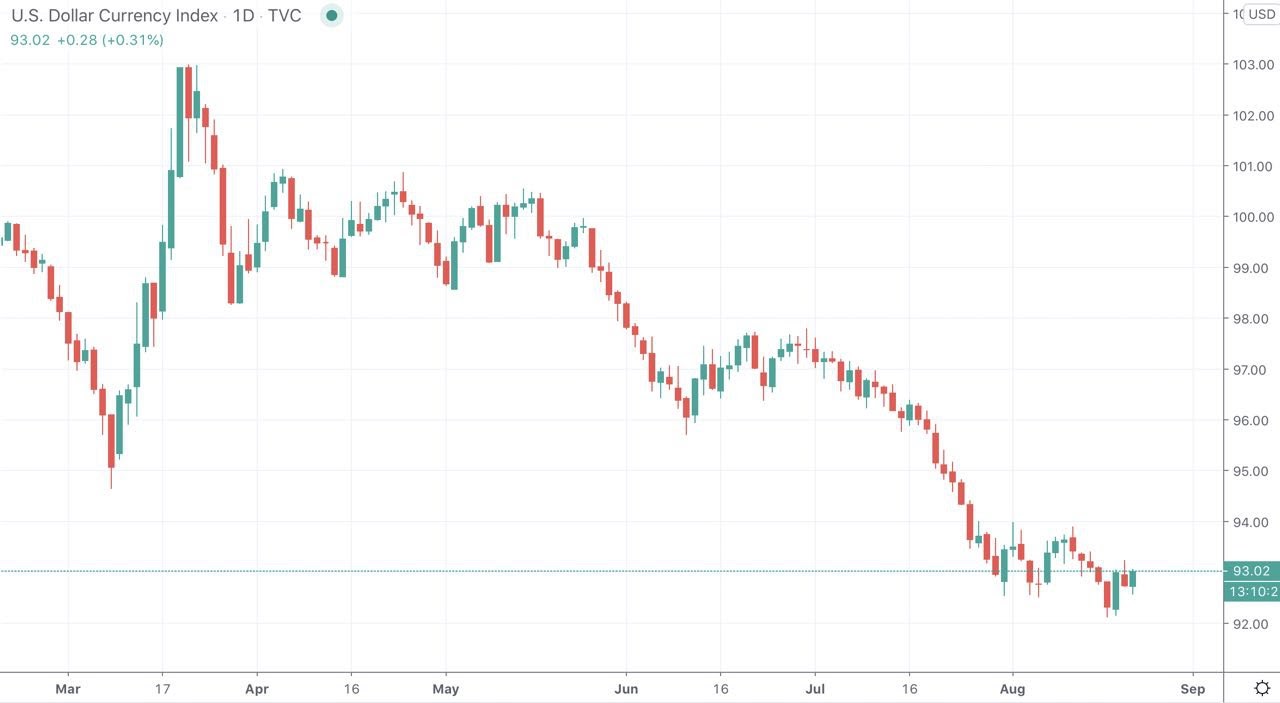 August is seeing fresh worries over the state of the world economy. In the United States, the Federal Reserve’s balance sheet, having previously dipped below $7 trillion, is now back above that level — a sign of the central bank’s continued intervention in traditional markets.

The S&P 500 hit record highs this week, despite the uncertainty associated with coronavirus and its financial impact on the average American.