As Kevin Davitt, senior instructor for The Options Institute at Cboe Global Markets has outlined in a video Nov. 1, the average weekly volatility for the week ending Oct. 26 was just 3 percent for XBT-CBOE Bitcoin futures, the lowest ever level since they launched for trading Dec. 10, 2017.

As of Nov. 1, the average weekly XBT high-low range on front-month Bitcoin futures since inception has been 15.65 percent: as of tax day (mid-April 2018), this weekly average has lessened to a more “subdued,” 10.6 percent, Davitt noted.

Yet on the monthly chart, October overall has seen record-low volatility levels, an average 6.6 percent.

Translating this into concrete numbers, Davitt stated that for XBT futures closing in November, the highest settle price was $6,630 (Oct. 8), and the lowest $6,150 (Oct.11):

“Anyway you carve it, Bitcoin volatility is relatively low, and is declining.”

The analyst added: “the waning cryptocurrency volatility is arguably even more interesting against the backdrop of escalating global equity volatility,” which have been rocked by U.S.-China trade slowdown, protracted trade disputes, and focus on the policies of the U.S. Federal Reserve.

Looking to the crypto spot markets in October, Davitt pointed to the narrow range of total market capitalization, which has fluctuated within a range of just below $200 billion to just above $220 billion, according to CoinMarketCap data. 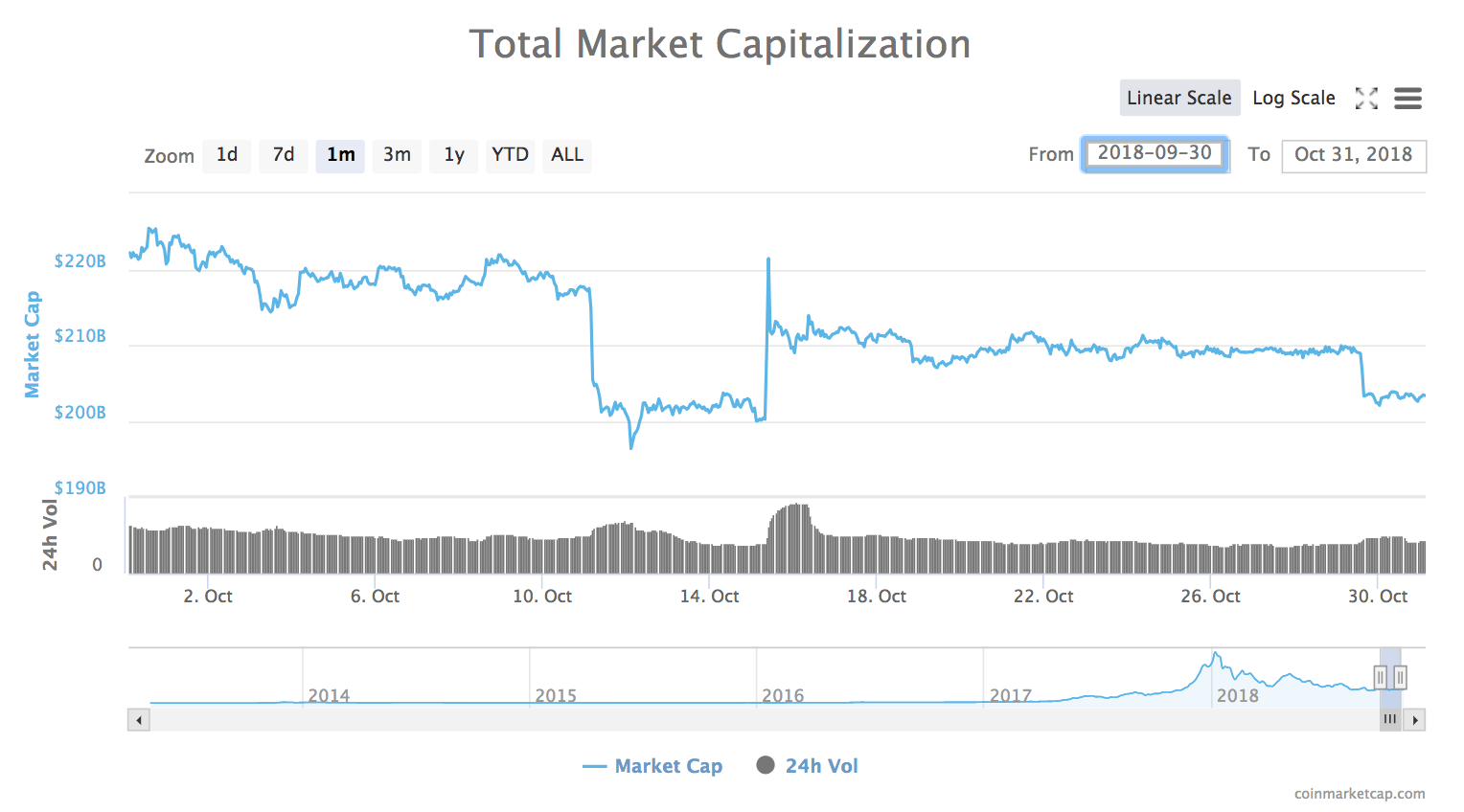 As a Cointelegraph analysis outlined mid-October, declining volatility levels for Bitcoin itself have been accompanied by waning trade volumes; the coin’s traded volume dropped from $4.2 billion to $3.2 billion on Oct. 7, a fall of almost 24 percent, even though it has jaggedly recovered in recent weeks.

Meanwhile, Bloomberg’s analysts have joined the ranks of those who interpret Bitcoin’s low volatility levels as a positive development; Bloomberg Intelligence analyst Mike McGlone has remarked that high volatility levels have previously been “a major factor lessening most cryptocurrency use cases” and that recently low levels are “a sign of speculation leaving the market and eventually a bottoming process."