Chinese mobile payment app Alipay is toughening its stance towards users who use their Alipay accounts for over-the-counter Bitcoin trading.

The overwhelmingly popular Alipay counted 400 million users as of August 2017, and is run by Alibaba affiliate Ant Financial, which has recently been valued as high as $150 billion.

According to Beijing News, Alipay is now taking measures to restrict and even permanently block those accounts that use its network to transact Bitcoin OTC, as well as establishing an inspection system for “key websites and accounts.”

This January, a fresh crackdown from Beijing notably saw fringe trading platforms such as peer-to-peer (P2P) and OTC resources banned, adding to a blanket embargo on crypto-to-fiat trading and initial coin offerings (ICOs) in place since September 2017.

Red Li, the co-founder of Chinese crypto community 8BTC, has tweeted a screenshot of the announcement from Alipay, stating that “#alipay is blocking accounts involved in bitcoin otc trading”: 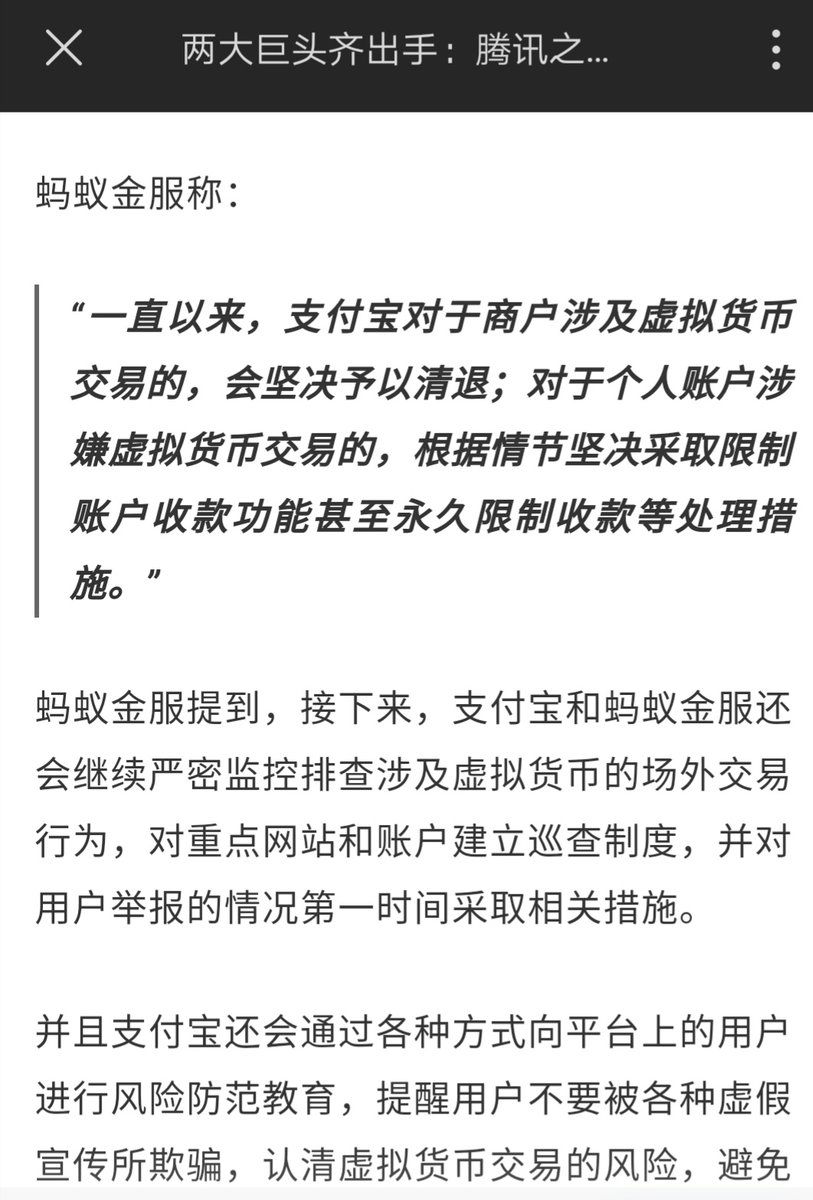 As Cointelegraph reported, Ant Financial CEO Eric Jing has voiced sharp criticism of ICOs, claiming in March that they are founded upon a concept of “nothingness.”

Jing’s harsh stance was nonetheless counterbalanced by his strong optimism about blockchain. In 2017, the CEO said that he “definitely” expected to see the technology becoming “deeply” implemented into Alipay in future, eventually acting as a base protocol for the payment app.

This June, Ant Financial entered into “definitive agreements” with investors to secure $14 bln in a Series C equity financing round, intending to spend the capital on pursuing blockchain and related technological innovations.

Today’s news from Alipay follows close upon the heels of an onslaught of toughened anti-crypto measures in China, including this week’s ban on all commercial venues from hosting any crypto-related events in Beijing’s Chaoyang district.

New measures are also reportedly underway to toughen the “clean-up” of third-party crypto payment channels, including those used by OTC platforms.