Open interest hovers around $237 million with trajectory clearly pointing to a fresh record coming in January, with volume at three-month highs.

Open interest on track for record

The figure is higher than any monthly close CME has seen since it debuted in December 2017, with July 2019 currently in the lead with 5,252 contracts.

Open interest did surpass current levels earlier in January, reaching around 5,400 according to the latest data from United States regulator the Commodity Futures Trading Commission, or CFTC, published on Jan. 7.

As Cointelegraph reported, futures offerings have received significant attention from both investors and commentators as new participants appeared to fuel a Bitcoin price rise in 2020. 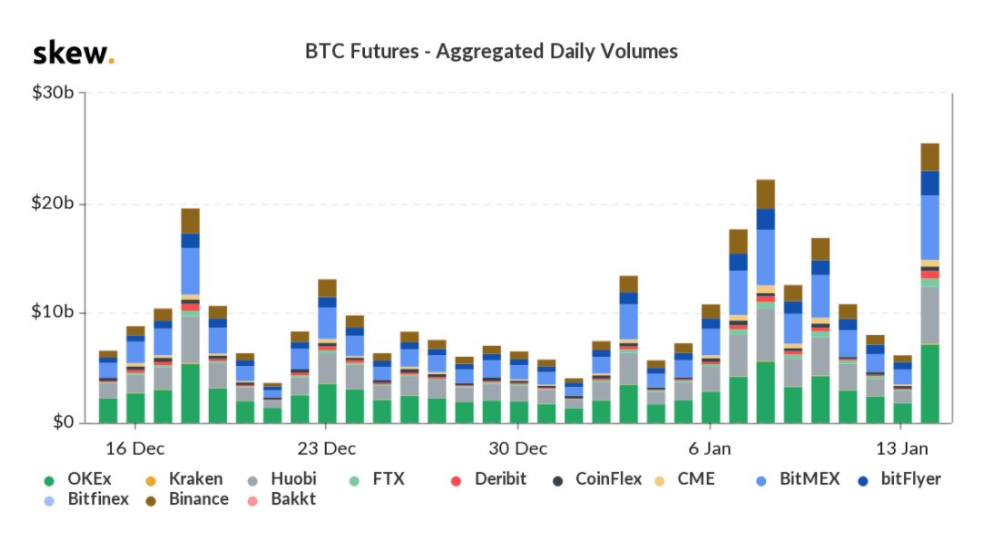 As BTC/USD accelerated towards $9,000 this week, overall futures trading volume likewise saw a significant uptick. According to unofficial data from monitoring resource Skew Markets, worldwide volume hit $25 billion — the most since late October.

2020 the year of “clear” institutional adoption

CME launched a new product in the form of options on Bitcoin futures earlier in January. The release came just days after competitor FTX did likewise.

The company said it considered the options a “success” as volumes reached 275 BTC by day two.

Catering to long-term demand from institutional investors has long been a preoccupation for cryptocurrency businesses. In its 2019 retrospective this week, venture capital giant Grayscale revealed annual investment totals of over $1 billion.

A record for the firm, executives announced they now it was “clear” that the industry was seeing institutional adoption.