Converted Bitcoin bull Joe Kernen has predicted that the coin could hit $55,000 by May 2020, the date of Bitcoin’s next halving.

Erstwhile Bitcoin bear Joe Kernen has predicted that the coin could hit $55,000 by May 2020, the date of Bitcoin’s next halving 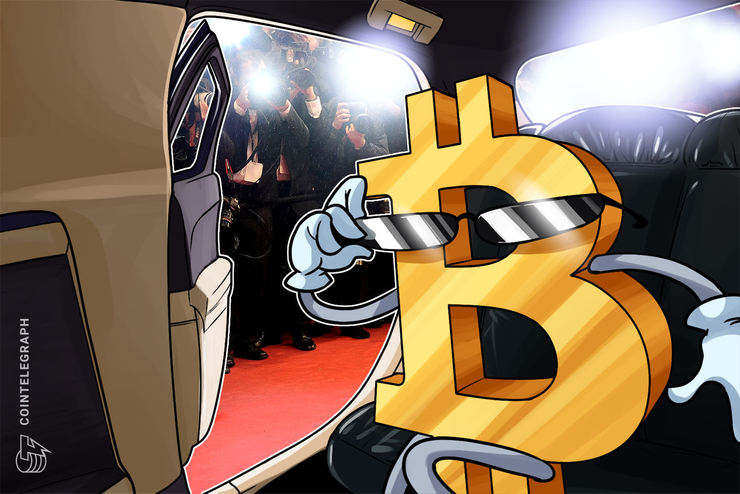 Former Bitcoin (BTC) bear Joe Kernen has predicted that the coin could hit $55,000 by May 2020, the date of Bitcoin’s next halving.

The Squawk Box co-host appears to have undergone a full conversion to Bitcoin maximalism, surprising his show guest — Fairlead Strategies managing partner Katie Stockton — on July 29 with his forecast that the coin could well see a 500%+ price surge by the time of its next halving.

Bitcoin’s planned halving in May 2020 will mean that mining rewards will be reduced by half — from 12.5 BTC to 6.25 BTC — an event that will drastically reduce the coin’s supply.

Kernen predicted that the increased scarcity will catalyze greater demand, arguing that such classical market principles still apply to crypto-assets — just as they do to scarce precious metals such as gold and silver.

The hypothesis that Bitcoin’s halving will be a major factor in driving the asset’s price appreciation is largely based on its historic performance including the last halving in July 2016.

Multiple analysts have recently argued that BTC/USD is likely to follow a trajectory of short-term consolidation. It’ll then be followed by pre-halving momentum that will lead Bitcoin back to $20,000.

Morgan Creek Digital Assets co-founder Anthony Pompliano also known as “Pomp” has argued that the event — in combination with a broader a “continuation of trends we’re already seeing” — could see the asset’s price soar to as high $100,000 by the end of 2021.

Earlier this summer, Joe Kernen became an unlikely hero and self-avowed Bitcoin bull when he argued that Facebook’s planned Libra stablecoin “doesn’t excite me at all.” He argued that unlike fiat-pegged assets, it is the blockchain networks used by major coins that add inherent value to cryptocurrencies like Bitcoin.

Kernen has increasingly been revealing his bull colors, appearing today alongside Antony Pompliano on a separate episode of Squawk Box, arguing that the “first country to buy Bitcoin will force others to play catch up.”

To press time, Bitcoin is trading around $9,600 — up 0.6% on the day, according to Cointelegraph’s Bitcoin Price Index.