The crypto markets are seeing mixed, mild signals, while Bitcoin manages to stay above $3,600 for the second day in a row.

Saturday, Feb. 9 — as Coin360 data shows, major cryptocurrencies are facing a mix of mild gains and losses, following a major market surge since yesterday. Bitcoin (BTC) is holding steady above the $3,600 price point. 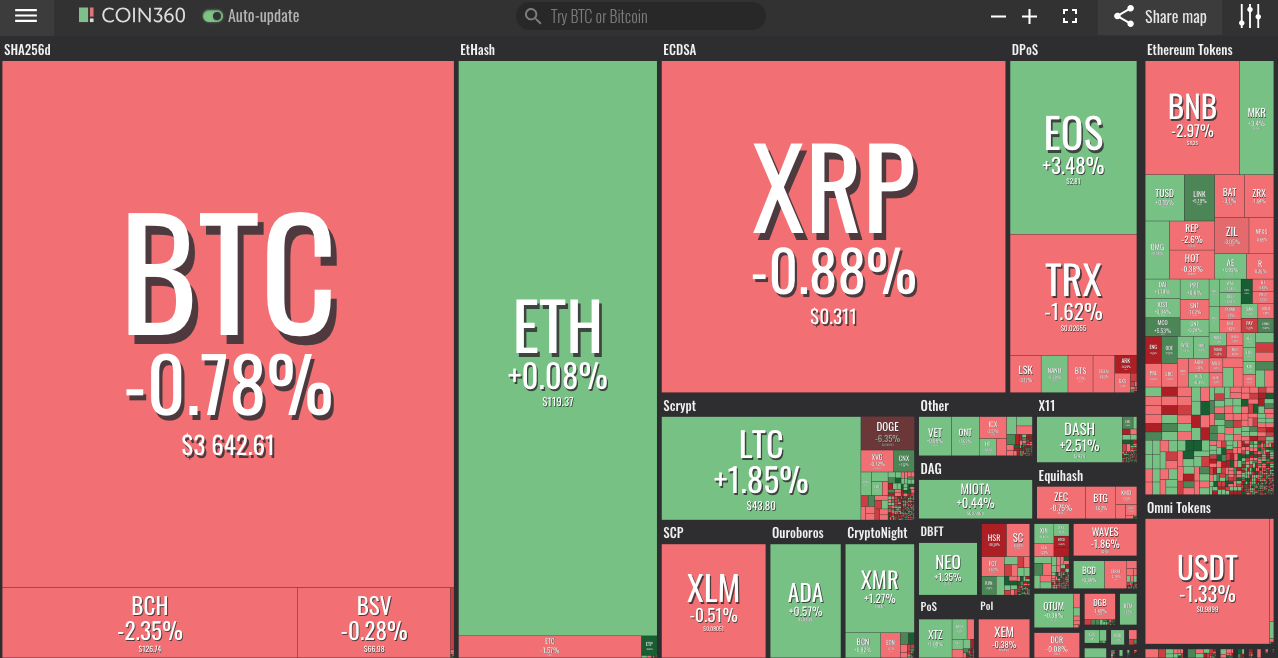 BTC gained over $200 in value on Friday, Feb. 8, reaching a multi-week high of $3,691 throughout the day. The top currency continued to trade sideways today, before stabilizing to press time around $3,660. 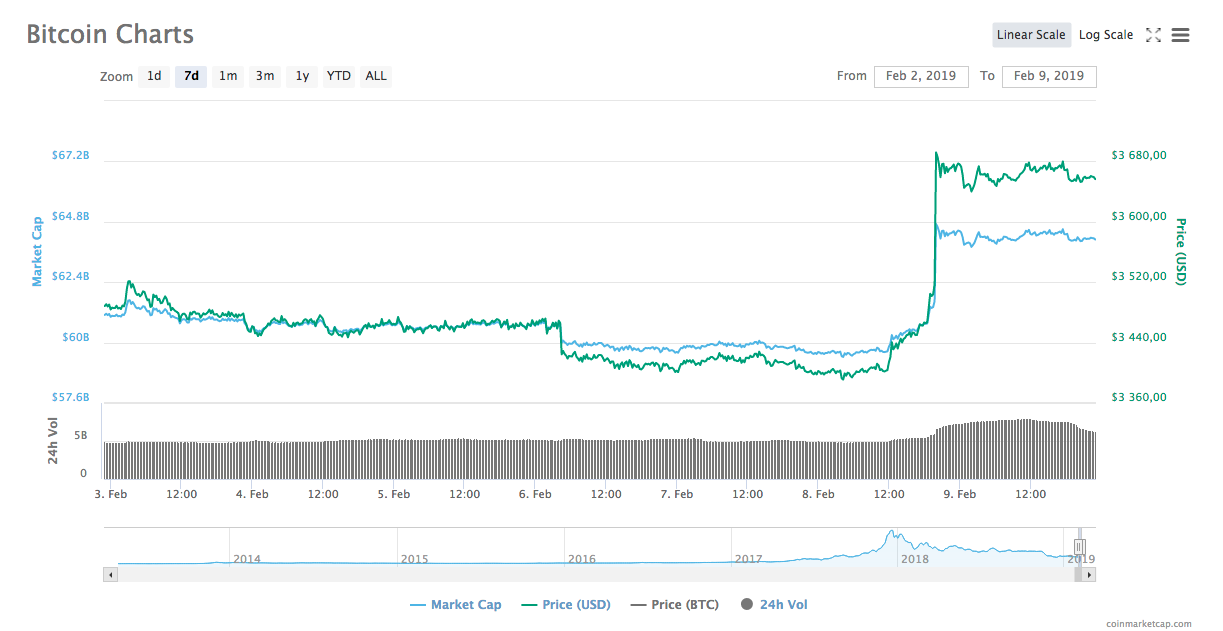 BTC daily transaction volume is steadily growing, according to transactionfee.info stats. As Cointelegraph reported earlier this week, the indicator has almost reached the levels BTC had back in January 2018, when world’s top currency was worth close to $20,000.

Ripple (XRP), currently the second largest cryptocurrency, has lost about 1 percent in price on the day and is currently trading near $0.31. Its market capitalization is over $12.7 billion — about $260 million more than the next largest crypto, Ethereum (ETH). 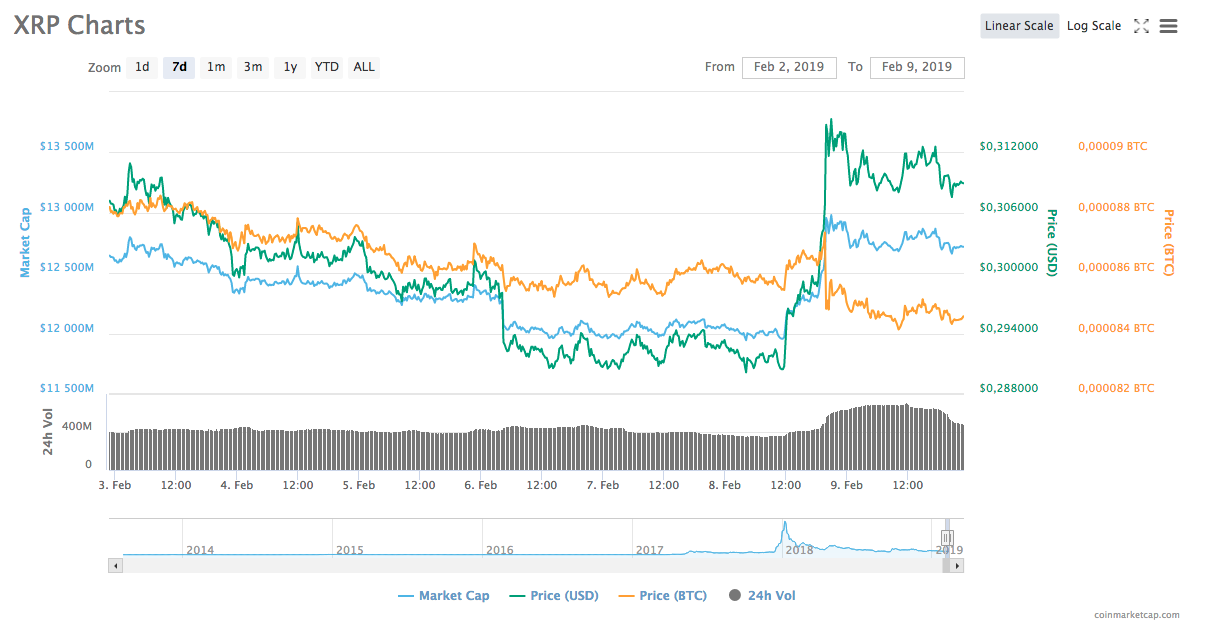 ETH price is hovering around $119. Throughout the week the currency mostly traded sideways near $110, dropping to an intra-week low of $103 on Feb. 6. Yesterday’s market growth brought ETH prices back to the rates seen in late January. 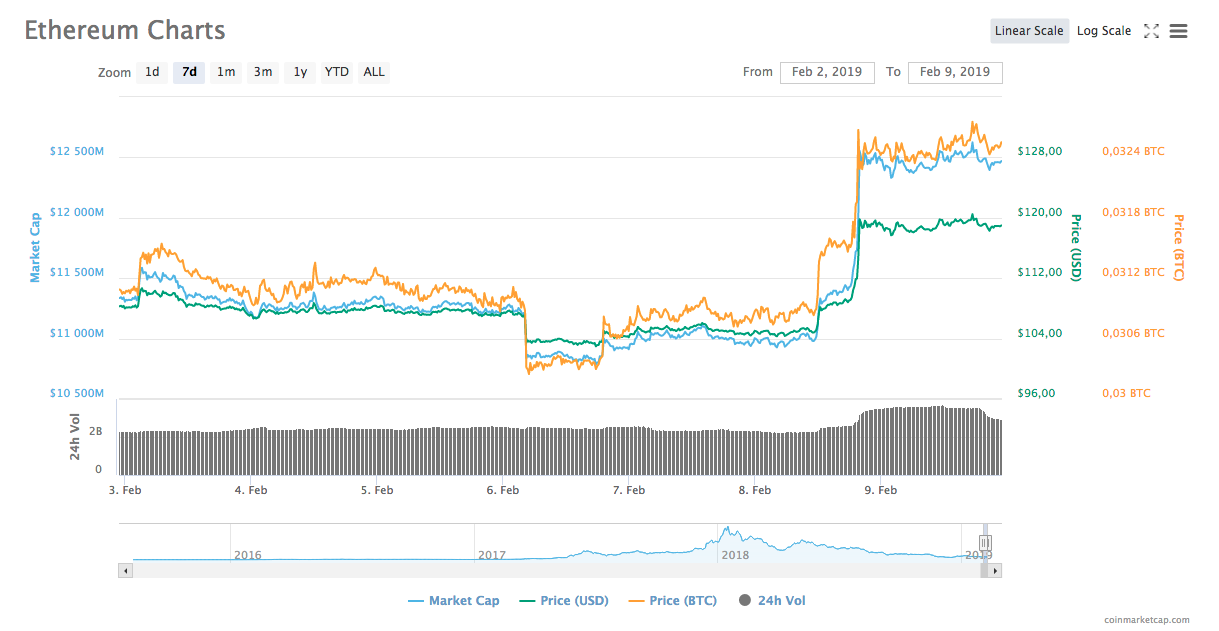 Earlier today, total market capitalization of all cryptocurrencies peaked over $122 billion, before dropping back down to $121 million later, according to CoinMarketCap. The daily trading volume for the last 24 hours is around $20.2 billion.

Binance Coin (BNB), Maker (MKR) and Litecoin (LTC) are the major gainers on the day. BNB, currently the 10th largest coin by market cap, has gained close to 3 percent, seeing fairly steady growth since Feb. 6. MKR is up 3.2 percent, while LTC is up 3.5 percent on the day. Litecoin saw double-digit growth starting yesterday, surging above Eos (EOS) to claim 4th largest cryptocurrency.

Among the top twenty coins, Bitcoin Cash (BCH) and Tron (TRX) have lost the most value on the day, both down about 2 percent as of press time.

In industry news, Bakkt, the much-anticipated digital assets platform operated by the Intercontinental Exchange (ICE), has closed its first acquisition. The move marks the finalization of an acquisition of assets in futures commission merchant Rosenthal Collins Group.