Bitcoin has broken the $3,600 mark, with some the top 20 cryptocurrencies seeing double-digit gains.

Friday, Feb. 8 —  Bitcoin (BTC) has broken the $3,600 price point, with all of the top 20 digital currencies making significant gains on the day, according to data from Coin360. 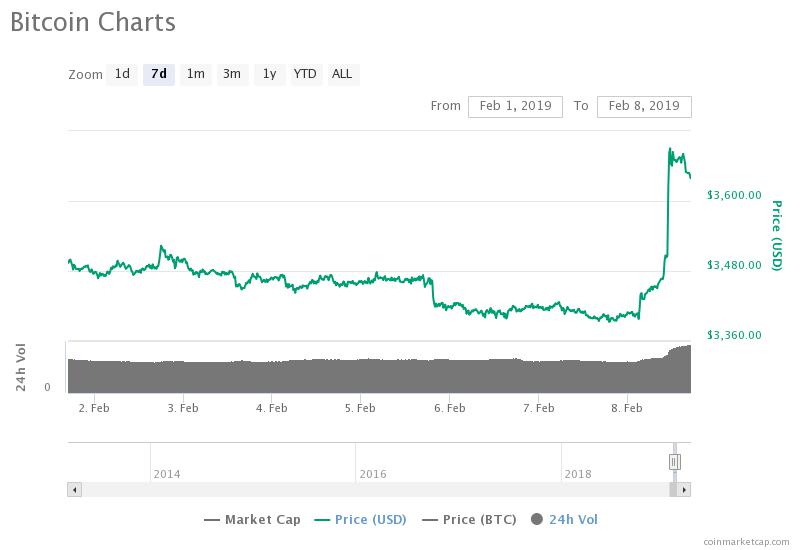 The daily Bitcoin (BTC) transaction volume has been recently increasing to levels not seen since January 2018, after BTC hit the $20,000 price mark, which could purportedly be a sign of the evolution of the cryptocurrency’s ecosystem and fundamentals. Jameson Lopp, chief technology officer at Bitcoin personal key security system firm Casa, published a Medium post with an analysis of the fundamental performance of Bitcoin, concluding that “the system is improving and growing.”

Ripple (XRP) is up by 5.68 percent during the last 24 hours, and is trading at around $0.308 at press time. The largest altcoin in terms of market capitalization - which is currently around $12.7 billion —  is up 0.11 percent on the week, while its monthly loss is around 16 percent. 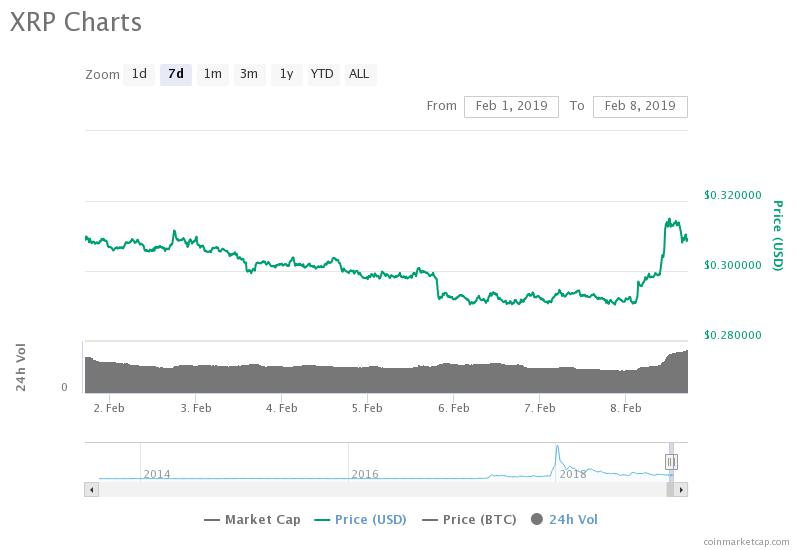 The third largest coin, Ethereum (ETH), has jumped by over 13 percent on the day, and is now trading around $117.75. The altcoin started the week at $107.96, keeping an even trend during the week until today. At press time, ETH’s market capitalization is around $12.33 billion, just under 400 million short of XRP’s. 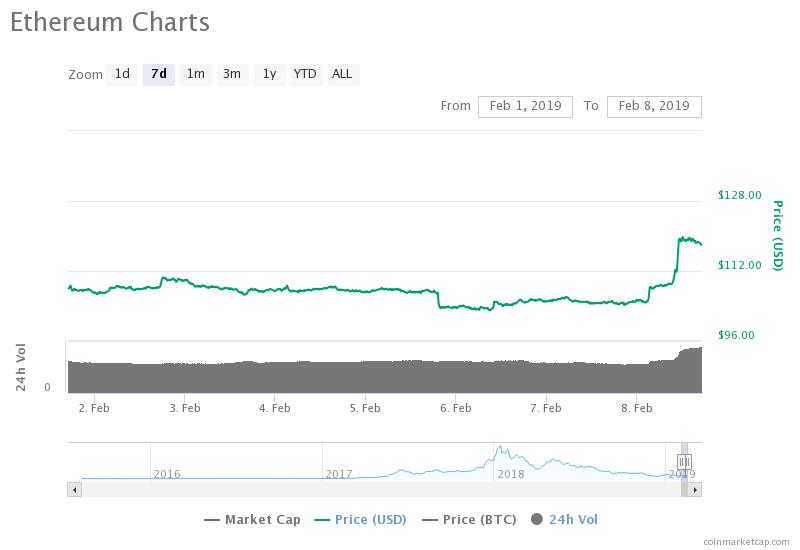 On the top 20 coins list, Litecoin (LTC) is the major gainer over the last day, having increased by nearly 25 percent and trading at $41.926 at press time. Yesterday, the Litecoin Foundation partnered with software development firm Beam to explore the implementation of a new protocol dubbed “Mimblewimble” that would purportedly improve privacy and scalability.

The total market capitalization of all cryptocurrencies is around $120.3 billion, while in the beginning of the day it was around $111.6 billion, according to CoinMarketCap. The trading volume for the last 24 hours is around $24 billion.

The gold price has remained solid on the day, hovering over the $1,300 mark. At press time, gold has gained almost four percent, with its highest price point on the day of around $1,314 and a low of $1,307.