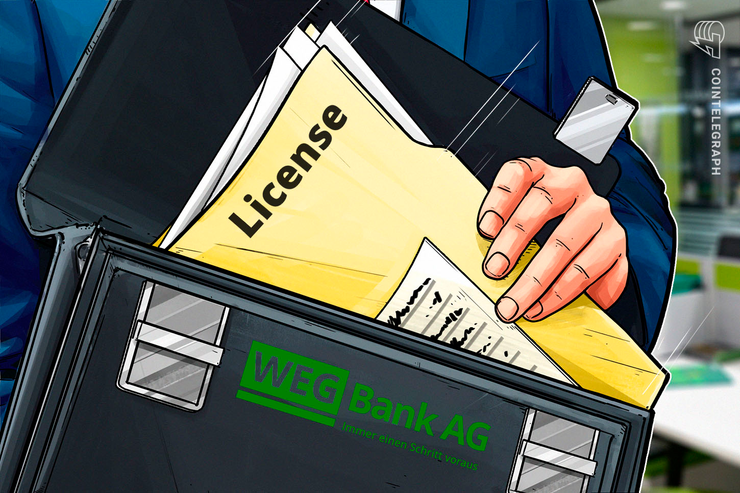 Furthermore, the firm also announced that it is now trying to take hold of a securities trading and custody license in Germany. The bank stated:

WEG Bank also noted that the institution believes that “working out of a premium regulatory environment is one of” its key assets.

A bank with multiple crypto partnerships

As Cointelegraph reported in April, browser-based blockchain payments system Nimiq has acquired a 9.9% stake in Germany’s WEG Bank AG. The stake acquisition followed a partnership meant to allow for a crypto-to-fiat bridge that would allow for the seamless exchange of value between crypto and traditional banking systems.

In May of last year, also crypto payments startup TokenPay announced a partnership alongside acquiring 9.9% of share certificates.

Consumer interest in regulated cryptocurrency and blockchain services is soaring. Recently, Swiss private bank Maerki Baumann has had a deluge of 400 new clients wanting to tap its future blockchain offerings since it revealed its interest in the sector.