Fed, oil and record hash rate: 5 things to know in Bitcoin this week

Bitcoin (BTC) starts a new week in uncertain territory as $10,000 stays in place but fundamentals shift to bullish.

In what will likely become a frequently-quoted announcement, oil giant BP said this weekend that the world has hit peak demand for the black gold.

In a report quoted by Bloomberg, BP said that demand for oil would stay “broadly flat” for the next twenty years, with pressure coming from alternative fuels and coronavirus.

“It subsequently recovers but never back to pre-Covid levels,” Spencer Dale, the firm’s chief economist said.

“It brings forward the point at which oil demand peaks to 2019.” 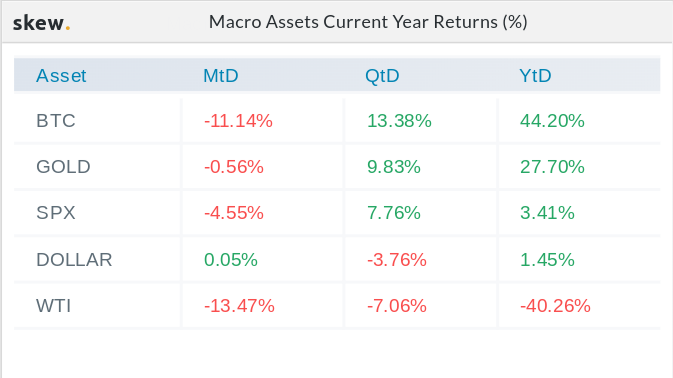 The startling admission is yet another surprise to come out of the global economy, at the same time as central banks admit that unconventional monetary policy has become the norm in 2020.

With coronavirus at the helm and lockdown returning to at least one country on Monday, Bitcoin looks poised to benefit from oil and fiat currency weakness, as before.

As Cointelegraph reported, previous extreme volatility in the price of certain oil assets allowed BTC to shine as a hedge against losses.

Bets placed on another Fed shake-up

Another week, another meeting for the United States Federal Reserve — and a chance for safe havens to capitalize on its policy shifts.

On Wednesday, the Fed will outline how it plans to implement economic measures which will impact inflation — something which previously sparked dollar weakness.

“Maintaining a policy status quo in this context would be akin to throwing in a towel, which would undermine the credibility of the new framework right out of the gate,” Aneta Markowska, chief financial economist at Jefferies told MarketWatch on Monday.

Any actions from the Fed could weigh on the U.S. dollar currency index (DXY) once again, something to which Bitcoin has shown significant inverse correlation since July.

Gold markets are already considering the likelihood of a shake-up, analysts say, betting on the Fed putting itself in an increasingly difficult position. The precious metal has formed a “golden triangle” and is ripe for a breakout.

For Bitcoin, it’s all about DXY — a reversal of recent strength at the beginning of September would be a clear bull signal. Conversely, continued gains would likely keep selling pressure at $10,500 intact. 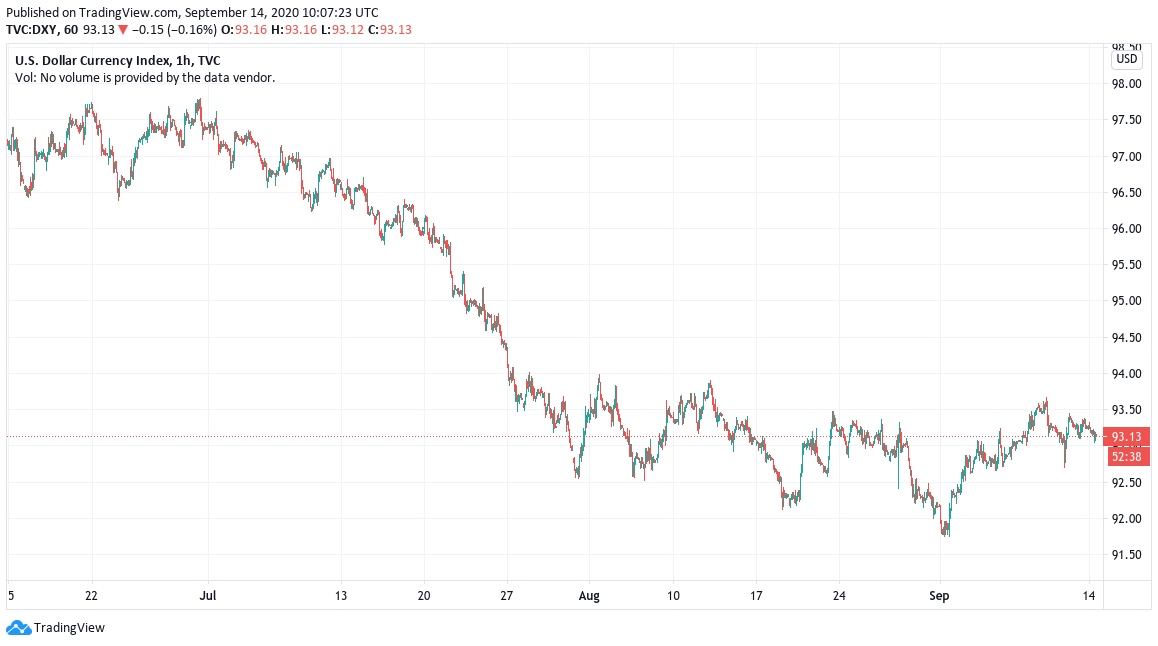 “The coronavirus crisis is many times more destructive than the financial crisis of 2008,” Steve Barrow, head of forex strategy at Standard Bank, meanwhile summarized to Bloomberg.

“There’s every reason to believe that the move to tighter monetary policy will take as long –- and probably much longer -- than the post-financial-crisis period.”

Weird is the new normal for central banks

In terms of central bank policy specifically, this year is seeing a seismic change similar to oil demand.

With Bitcoin as an antidote to central bank meddling with the money supply, any further devaluation in fiat is only to be welcomed by BTC proponents looking for a safety net.

“Global central bankers are discovering that monetary policies they once viewed as unconventional and temporary are now proving to be conventional and long-lasting,” Bloomberg summarized about the situation worldwide.

According to data from the publication, major central banks are employing crisis policies in 2020 that they have never used before.

As RT host Max Keiser often comments on his show, The Keiser Report, nothing is as permanent as temporary fiscal policy from a central bank.

Within Bitcoin, however, the future looks decidedly rosy. Hash rate — a measure of how much computing power miners have decided to dedicate to validating transactions — has broken out to hit yet another all-time high. 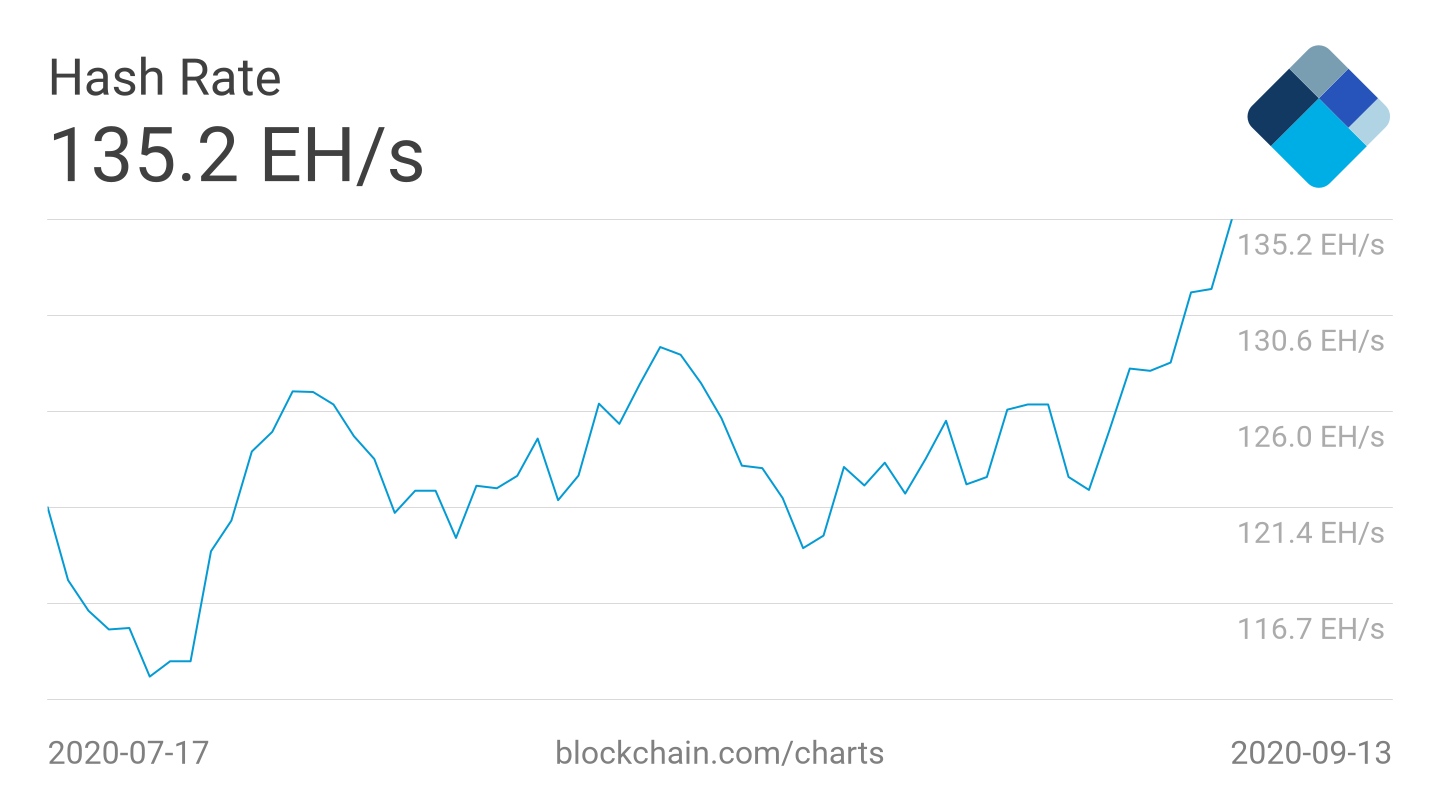 Hash rate strength underscores miners’ continued faith in Bitcoin’s long-term profitability. Difficulty, perhaps the most essential measure of blockchain health, is set for a 5.4% increase this week — something which will send it, too, to record highs.

Commenting on the general situation, Cointelegraph Markets analyst Michaël van de Poppe suggested that zooming out was all that was needed for a bullish take on Bitcoin.

“If you'd like to compare periods and market cycles, the current state of the market is comparable to 2016,” he tweeted on Monday.

As Cointelegraph previously reported, stablecoin holders, including those of USDT, appeared keen to snap up “cheap” BTC at prices around $10,000.