First Ever Phased ICO by Paycent Brings Transparency to Contributors

The idea behind holding the phased Paycent ICO is simple. Bring transparency and showcase progress to contributors. 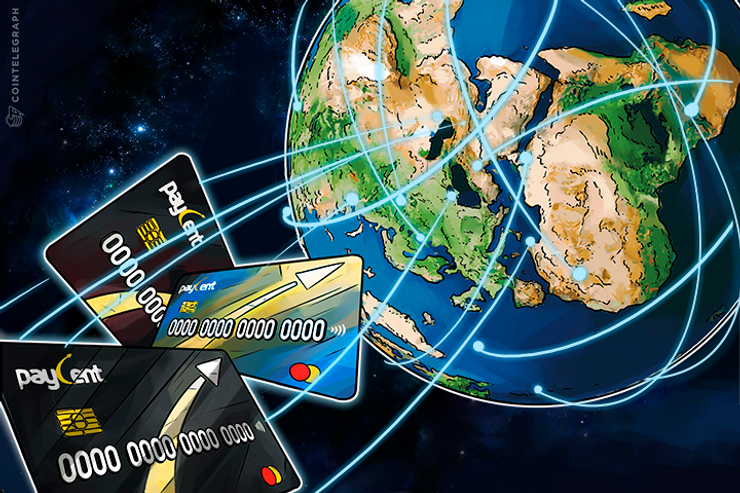 Bitcoin has hit new highs, and the popularity of other altcoins has also been steadily growing. We recently covered how Bitcoin is now ranked 32nd global currency in terms of physical money supply. The trends in the future are also bright for cryptocurrencies including Bitcoin, with crypto market cap all set to hit $1 tln by 2018. In this scenario, anything that makes trading cryptocurrencies easier and safer will have a huge impact.

One of the big developments in this direction has been Paycent, a financial platform powered by Texcent. Paycent provides a wallet that can handle multiple cryptocurrencies and its users can convert these currencies internally. The icing on the cake is that they can also convert between fiat and crypto in real time. Recently Paycent completed their pre-ICO, which successfully hit a hard cap of 22,500 ETH in 10 days.

They were able to raise these funds from 857 investors in 41 countries. A unique product offering and the right mix of products like debit cards, wallets plus Paycent’s garnering of regulatory licenses in the UAE and Philippines as well as getting in principle approvals from Singapore and Hong Kong put them in a position to contribute immensely to the crypto domain.

Paycent offers convenience and comfort to its user through its unique wallet that allows for sending and receiving funds in real time. Not only can users interact with cryptocurrencies but also with fiat. Conversions are done internally and wallet users can choose to exchange funds within the wallet ecosystem.

The wallet isn’t just good for exchanging and holding funds but Paycent has taken a rather utilitarian approach with it. As an example, you can pay bills for water, electricity or cable with the wallet. Pay for goods and services within your own country or across borders or even cash out funds with the partner merchants to get cold hard cash in your hands.

Ultimately this amounts to a great deal of choice for the end user, who now can not only choose the currency in which they want to keep their money in but also choose what to do with it at any point of time. The Paycent wallet is available for download on both the Google Play and Apple Appstore.

More than just a wallet

Paycent’s plans go beyond just the multicurrency wallet that they have created. Paycent debit cards will be released in Asia Pacific, CIS, EU and the UK starting April 10, 2018. The cards are classified into Solitaire, Sapphire and Ruby Cards.

Early contributors will be given Solitaire and Sapphire cards free of charge if they have invested more than 500 ETH and 100 ETH respectively.  Ruby cards will be available for a nominal payment. Paycent will also be able to build a profile of user’s credit ratings that would be attached to their wallet. This will allow Paycent users to leverage good credit ratings to get loans.

The loan amount will vary and limits can be increased as the profile of the user improves. Paycent is evolving a full financial ecosystem that includes mPOS services integrated into the application, which allows users to pay for utilities and telecom needs.

Paycent is holding an initial coin offering (ICO), whose first phase has commenced on Nov. 2, 2017. Interestingly, the Paycent ICO is the world’s first staggered ICO, which is being held in eight phases over four years. Each phase will have a hard cap.

This decision to split the ICO into phases comes as a result of Paycent following the advice of their community and advisors. It will allow contributors the token sale to track the performance of each phase before they contribute. The staggered ICO increases transparency and allows contributors to follow the project through its evolution. The holding of the token sale in phases though gives rise to the obvious question about why shouldn’t contributors just hold out and play the wait and watch the game.

In order to encourage early participation, they will be giving a bonus for early contributors. The bonus Paycent (PYN) tokens available would decrease with every phase. The first phase of the ICO is already in progress and contributors have a chance to get an 18 percent bonus on purchased tokens till Nov. 30, 2017.

At the time of writing of this article, the token sale had successfully reached 22 percent of the total cap. The details of the ICO and all the phases can be found in a whitepaper that Paycent has released. Paycent is accepting Ethereum, Bitcoin, Litecoin and Bitcoin Cash for the token sale. The exchange rate has been pegged at 1 ETH = 600 PYN. Phase one of the token sale in progress has a hard cap of 30 mln PYN.

The facet that holds the most appeal for contributors is the fact that Paycent is straddling the sweet space between fiat and crypto. The project allows for mainstream adoption of cryptocurrencies by people who have so far been bereft of the advantages of digital currencies. Contributors in the ICO also stand to benefit as they will receive 33 percent of the aggregate revenue that arises from conversions between fiat and cryptocurrencies by the users of the e-wallet.

Contributors will also be getting 33 percent of the interest revenue generated by microloans that Paycent extends. As there will be no PYN tokens created after the ICO and unsold tokens will be burned, the contributors can also potentially benefit from the scarcity of the token. The Paycent project acts as a bridge between currencies, people and businesses. If after all these years they can make cryptocurrencies usable by everyone, they would have accomplished a great deal.