A former executive of a Hollywood-based digital marketing firm, Dennis Blieden, has admitted to embezzling $22 million from his employer to buy digital currency.

A former executive of Hollywood-based StyleHaul Inc, Dennis Blieden, has admitted to embezzling $22 million from his employer to buy crypto and gamble 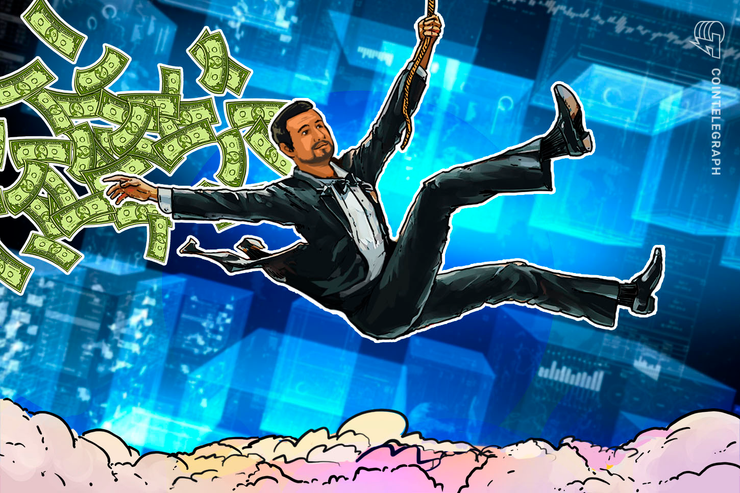 A former executive of a Hollywood-based digital marketing firm has admitted to embezzling $22 million from his employer to buy digital currency.

The United States Attorney’s Office of the Central District of California announced on Nov. 22 that Dennis Blieden had pleaded guilty to wire fraud and identity theft. Blieden embezzled over $22 million from his employer and used the stolen funds to buy cryptocurrency, gamble and cover personal expenses.

At the time, Blieden served at StyleHaul Inc., a digital marketing agency that represents “influencers'' on social media platforms, as the controller and vice president of accounting and finance. Blieden’s position gave him access and control over the firm’s bank accounts.

Over the course of four years — from October 2015 to March 2019 — Blieden stole $1.2 million to write personal checks to poker players, $1.1 million to pay off his credit cards, and $8.4 million to transfer to his cryptocurrency accounts. The release further explains:

“To conceal his scheme, Blieden made fraudulent entries in StyleHaul’s accounting records, falsely representing that the illegal wire transfers he made were authorized payments of money due to StyleHaul clients. Blieden also falsely indicated on one of StyleHaul’s bank accounts that wire transfers to Blieden’s personal bank account were “equity” draws that the company owed him. [...] Blieden created fictitious wire transfer letters that purported to be from Western Union and were designed to make it appear that he had caused wire transfers from StyleHaul to pay money it purportedly owed to a client.”

Blieden is now facing a statutory maximum sentence of 22 years in federal prison.

Earlier in November, the New York Southern District Court ruled in favor of the U.S. government to intervene in a civil case against Jon Barry Thompson. Thompson, a resident of Easton, Pennsylvania, is charged with “knowingly or recklessly making false representations to customers in connection with the purported purchase of Bitcoins (BTC) worth over $7 million.”