Galaxy Digital Founder Michael Novogratz: One of the Social Media Cryptos Will Succeed

Novogratz suggested that one of the crypto assets created by social media giants will succeed.

One of the crypto assets created by social media giants will succeed, according to founder and CEO of cryptocurrency merchant bank Galaxy Digital Michael Novogratz 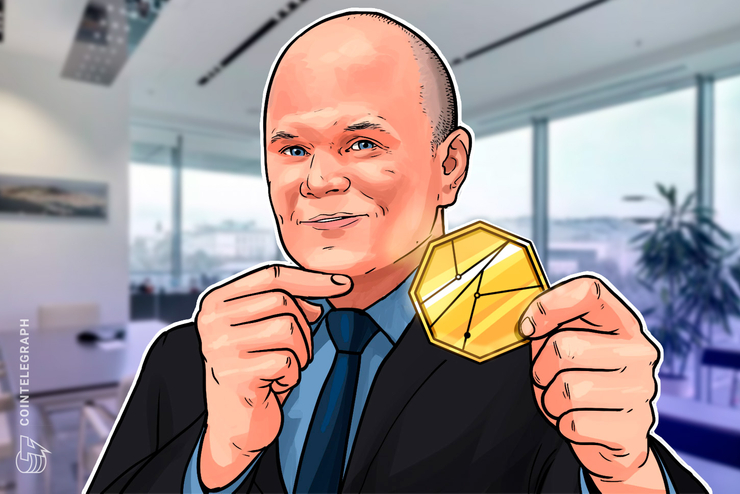 Michael Novogratz, founder and CEO of cryptocurrency merchant bank Galaxy Digital, has suggested that one of the crypto assets created by social media giants will succeed. Novogratz made his remarks during an interview with CNBC published on May 24.

At the end of the interview, Novogratz noted:

“I think Facebook’s payment currency, I think Telegram’s gonna have one...You’re gonna see one of those payment coins work, and I think that has the chance to be a real currency.”

Earlier in the interview, Novogratz reiterated his stance that bitcoin (BTC) is a store of value, again comparing the coin to gold as he did in February. Still, he pointed out that while something like Facebook’s coin will probably be used for payments, bitcoin will be limited to being a store of value.

Novogratz also again stated that the “crypto winter is over,” which is in line with what he said at the beginning of the month,when he expressed the idea that cryptocurrencies are now in a bull market. When the interviewer asked Novogratz whether he believes the people who previously got “burned” by bitcoin won’t buy it again for many years, he said:

“I don’t think it’s the case. And a lot of institutions never got in, so they felt kinda smart and now all of them say, ‘Wait a minute, now there’s more cover.’ [...] Retail will come and go, and a lot of the guys who got burned won’t come, but there’s seven and a half billion people on the planet, there’s plenty of retail customers to continue to come in. ”

Novogratz said that coins such as ethereum (ETH) and eos — which he refers to as web 3.0 coins — are interesting. Still, he explained that all those networks are fighting to become web 3.0, and that it is going to take two to five years to find the winner, since “it’s much more like a venture play than a currency play.” Such initiatives, he noted, need to get developers to build applications on their platforms and thus become useful.

As Cointelegraph reported this current month, Novogratz has previously stated that since bitcoin is just a store of value, it is not going to change the world, but web 3.0 could.