Goldman Sachs: Not Trading Bitcoin Yet, But Still Interested 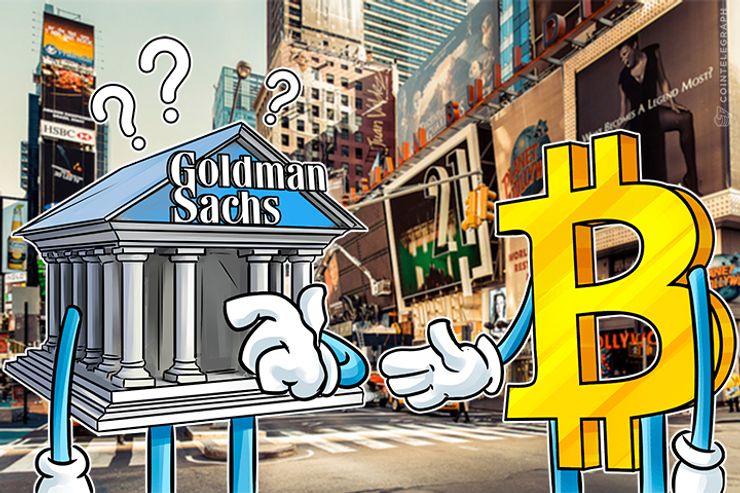 The demand for Bitcoin and the rush to invest in the digital coin are growing daily. Despite the criticism and ‘fraud’ accusations, great names like Goldman Sachs Group Inc. are thinking about introducing a cryptocurrencies trading desk and what kind of legal bottlenecks are involved.

It was reported earlier that the company is considering the possibility for its investors to trade in Bitcoin. The bank is yet to commence cryptocurrency trading and is looking into the legal implications.

A bank as experienced as Goldman Sachs wouldn’t want to jump into a business that may face regulations in the future; it has to be sure that the possible hurdles are looked into before taking a leap.

"Still thinking about #Bitcoin. No conclusion -- not endorsing/rejecting. Know that folks also were skeptical when paper money replaced gold."

Cryptocurrency trading, as any other trading, is a volatile business and the fact that illicit business owners may also have access to it means that it could be subjected to regulatory laws sooner than later.

While countries like Estonia, India, Malta, Japan, Russia, and China are already thinking of launching their own national cryptocurrencies, they still fear Bitcoin could be fully accepted. And some financial regulatory agencies, like the SEC, think that this area needs to be fully regulated.

If Goldman Sachs eventually joins Bitcoin trading, it would no doubt boost investors’ confidence in the digital coin and will most likely increase its demand even more.