As the Bitcoin halving approaches, analysts are guessing whether Bitcoin’s price will actually increase after it goes through the halving event.

21461 Total views
208 Total shares
Listen to article
0:00
Analysis
Own this piece of history

The renowned Mike Novogratz, founder of digital assets merchant bank Galaxy Digital, has once again voiced his predictions on the price of Bitcoin (BTC) in light of the impending Bitcoin halving set for May 2020. According to Novogratz, the inceptive cryptocurrency will likely breach the $20,000 benchmark in 2020.

The prediction comes a couple of months after Novogratz stated that BTC would reach $12,000, right before the latest rally. Will Novogratz, who is known for his daring forecasts — most of which are not far off the spot — be right this time? As the Bitcoin halving approaches, analysts have split projections. Some of them are skeptical and do not believe that Novogratz’s words will flourish into a true price rally, while others suggest that BTC price hasn’t been priced yet.

What is so special about the Bitcoin halving?

To put it bluntly, the halving is the 50% reduction of the reward for mining new Bitcoin blocks that take place once every four years and leads to a reduction of how much new Bitcoin is being released into circulation.

However, what is more important than the technical side of the matter is the financial underpinning: the consequences of the halving for the market. The question is whether history can repeat itself. As with any market, it can still be important to rely on historical data when anticipating any type of price movement — especially considering that since the first halving, Bitcoin has skyrocketed 1,000 times in value. 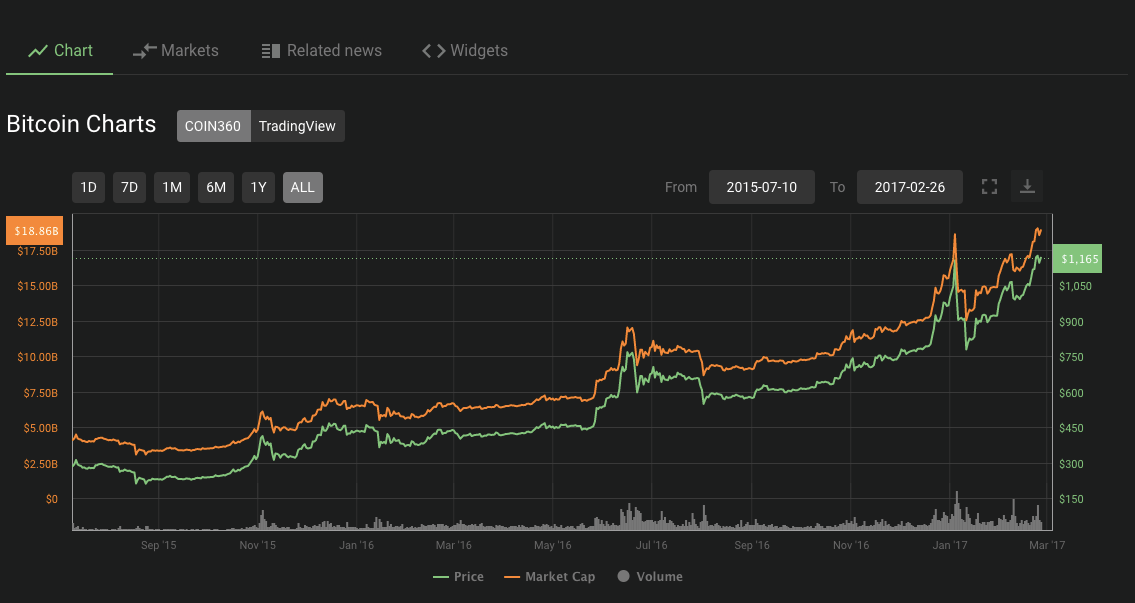 History can be a fickle thing, all factors considered. Still, it does give insight into the possible behavior of both the asset and the market in light of an impending, critical event like the halving. For long-term investors, the next halving could, therefore, continue to provide sustainable and positive impulses.

Everyone, place your bets!

History is one thing, but market sentiment is something else — notably when considering the turbulent line of BTC price charts. With the third halving just around the corner, analysts hold opposing views on whether the price will wax or wane.

Some believe that history will repeat itself and that Bitcoin’s price will follow a similar pattern by rising on the wave of heightened media coverage and simmering emotions. On Feb. 20, Binance CEO Changpeng Zhao said that BTC could see new heights before the halving event. Those who envision a bullish scenario also state that BTC’s price will likely continue to rise after the halving due to the decrease in the supply of coins.

If search patterns on Google for the query “Bitcoin halving” are to be of any indication, then the market may be on the verge of a boom. Google has seen a significant increase in interest levels for the event, showing a near 100 benchmark after sulking at just 10 for over a year.

An increase in Google searches for “Bitcoin halving” over the past 12 months. Source: Google Trends

Still, many analysts believe that the halving itself is not the real driver of Bitcoin’s price under the given scenario but is rather due to a fear of missing out. As interest in the asset rises — artificially or not — many investors fear being left behind and not jumping on the bandwagon in a “what if” case.

Not priced in yet?

If a price increase is what we are in for, then classical supply-and-demand forces are likely to be at work. As the supply of a desired commodity or asset decreases, its price generally increases. There are exceptions to this rule, and many analysts believe that such exceptions will likely apply to Bitcoin. Although he refrained from providing an estimate, Binance CEO Changpeng Zhao recently stated: “I personally believe the halving has not been priced in.”

A likely scenario may see the price remain static under the influence of competitors — other mature cryptocurrencies vying for the interest of investors and users. Also, the reduced rewards for mining could dissuade miners from extracting new coins, thereby reducing the supply even further. And those who continue to mine will likely sell their assets at more profitable rates, which can raise the asset’s market price.

Alexander Kravets, CEO of CEX.io U.S., believes that the widely referenced stock-to-flow model — measuring the size of existing supply versus yearly production — has largely panned out correctly in the past. Kravets provided a prediction for 2020, telling Cointelegraph:

“If we consider Bitcoin a commodity like the CFTC does, then Bitcoin — like other commodities — has a built-in floor representing the cost of production. I think what we saw this winter may have been an established price floor set by the miners of around $6,800 — but as the block reward is cut in half, we can see the price floor rise to what many speculate to be just under $9,000.”

While many traders have already geared up for the upcoming event, bets are starting from $12,500 per Bitcoin.

The scarcity factor’s consequences in full swing were revealed by blockchain analytics provider TradeBlock, which put the price at $12,500 per Bitcoin after the halving.

Despite some analysts expecting Bitcoin’s price to drop before the halving, bets on the after-halving bullish scenario prevail. For example, Salah-Eddine Bouhmidi, financial market analyst at DailyFX, predicts new highs — though not this year. He told Cointelegraph:

“After the halving, I can imagine a new attack on the $14,000 by 2021. Of course, not only the halving plays a role here — other external factors can also lead to positive effects on the cryptocurrency market.”

Serial tech entrepreneur Evan Luthra previously told Cointelegraph that if BTC has a stable price of over $7,000 by February 2020, it could surge to above $13,920 by the end of the year.

Paolo Ardoino, the chief technology officer of Bitfinex, claimed the market might see some FUD before the Bitcoin halving, saying: “By the end of 2020, I think the Bitcoin price will be at least $20,000.”

An optimistic scenario for the BTC market is supported by Fundstrat’s Tom Lee, who believes Bitcoin could reach $27,000 by August of 2020.

Analyst PlanB has predicted that the halving will trigger a frenzied bullish run to around $100,000 by the end of 2021. Kraken CEO Jesse Powell went even further on Twitter, stating: “When I hear people talking about a Bitcoin ‘correction,’ I'm thinking $100K, maybe $1M. That's what's correct.”

Adam Back, CEO of Blockstream, shared the same point of view: “As the effects of the halving and technology fundamentals come to bear, perhaps reaching as high as $100,000.”

On the other hand, skeptics are saying that the halving has already been priced in, and there is no point in breaking the piggy bank and rushing off to buy Bitcoin. These skeptics are relying on their prognosis of a hypothesis that serious investors will likely trade derivatives rather than speculate on the price of Bitcoin.

Bitcoin analyst Tone Vays is one such skeptic, though he believes that Bitcoin is not going to roll lower than $5,000 prior to the halving. Charles Hwang seems to agree with Vays’ prediction by stating that: “Unless otherwise stated, all Bitcoin amounts are assumed to be priced at $10,000 USD per BTC.”

Commenting on the matter of the Bitcoin halving effect, Jason Williams, a co-founder at digital asset fund Morgan Creek Digital, said that the event wouldn’t do anything to Bitcoin’s price and would be a non-event.

A lot of time has passed since 2012 and 2016, so things can still stay the same in terms of price movement, though it may easily not. Miners could simply hold their assets and wait for prices to rise. Futures trading negates the need for actual Bitcoin supply. More importantly, the amount of Bitcoin mined is negligible when compared to the actual volumes traded, thus making the mined supplies meaningless. Ripple effects are still in force in the market, and the halving can cause many investors to panic, pushing Bitcoin prices into a spiral once again.

The halving is inevitable and so are its consequences, whatever they may be. With such a tweetstorm going on, it is rather difficult to make sense of what the price of Bitcoin could be prior to or after the halving, no matter what history says. But if traditional market forces are applied to the cryptocurrency, an in-depth analysis of investor sentiment should be the best indicator of possible price movements.