How to Remain Profitable Through the Halving of Zcash

The upcoming Zcash halving could help ZEC to reduce its annual inflation rate and make the coin more profitable for miners.

Reward halvings are a common element of many different forms of cryptocurrency, known to typically impact a coin’s supply, difficulty and price. For many cryptocurrencies, these halving mechanisms are embedded into the code in order to lower the generation rates and inflation, which can help extend the life of the coin even amid increased demand.

This is what happened with the Bitcoin network back in May when its block reward halved for the third time and was reduced to 6.25 Bitcoin (BTC). Now, it is Zcash’s turn, as the digital asset’s network is set to undergo its first halving sometime in November — as soon as its 1,046,400th block is mined.

Here is a closer look at the upcoming Zcash halving; what it will mean for the world of crypto; and how you can go about maximizing profitability beyond the event.

Zcash (ZEC) launched in 2016 as a proof-of-work cryptocurrency that uses shielded transactions to protect user information. It is currently ranked as the 24th largest crypto by market value according to CoinMarketCap. 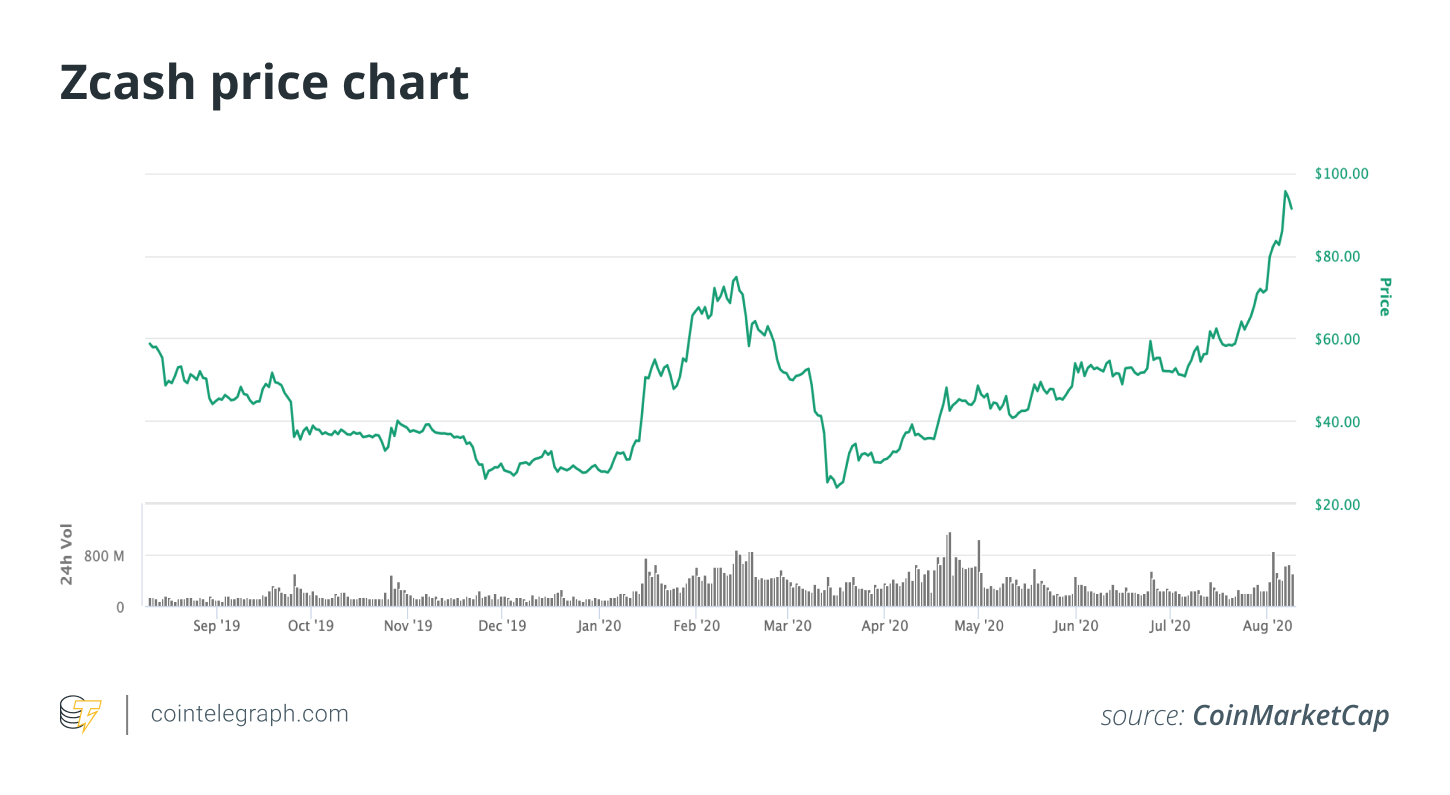 Like Bitcoin, the total supply of Zcash is capped at 21 million, meaning only 21 million coins can ever be mined into existence. The block reward for Zcash is set to be halved from 6.25 ZEC to 3.125 ZEC later this year — which many expect to help its abnormally high inflation rate.

The inflation rate of Zcash

Perhaps the greatest criticism of Zcash to this point has been its inflation rate, which is significantly higher than that of its counterparts — ZEC’s annualized inflation rate is currently standing at 26.53% at the time of writing this article, according to data source ViewBase. This implies that the circulating supply of Zcash increases by approximately 26.5% annually — while most other forms of crypto range from just between 1.8% and 7%.

It is expected that the halving will help this, as the inflation rate will essentially be cut in half along with the block reward.

With previous halvings of different cryptos, we generally see a positive impact on price both before and after the event — particularly with the three Bitcoin halvings that have taken place up to this point. Analysts expect the halving of Zcash and the subsequent drop in inflation to spark a long-awaited price jump for the asset.

The end of the founder’s reward

When Zcash launched in 2016, it was set up with the following reward allocation:

This reward structure faced its share of backlash from the Zcash community. Thankfully, the “founder’s reward,” as it has been known, is set to expire in November alongside the halving. It will be replaced with a new, community-approved fund that looks like this:

This new reward structure should benefit the long-term development of the network, but there are still additional steps miners will need to take in order to remain profitable after the halving.

The decreased reward and supply following the Zcash halving will lead to increased difficulty and the need for a more highly powered operation in order to maximize profits.

There are two key ways to navigate this challenge — finding a more cost-effective miner hosting strategy and upgrading your mining hardware.

A great number of users currently rely on Bitmain’s Antminer Z11 and Antminer Z9 in order to meet their Zcash needs — in addition to the Innosilicon A9. These devices will take a big hit following the halving and should look to be replaced with the new, high-powered Antminer Z15.

If the Bitcoin halving provided any lesson, it was this: Do not wait to upgrade your hardware, as it could easily be sold out or delayed once the halving hits, forcing you to wait weeks or months to return to profitability. A device upgrade, coupled with a reliable hosting provider, is a strategic solution to remaining profitable this November and beyond.

This article does not contain investment advice or recommendations. Every investment and trading move involves risk, readers should conduct their own research when making a decision.

Dave Perrill is the CEO of Compute North. A 25-year veteran of the IT and information security industry, Perrill has been keenly immersed in the cryptocurrency mining industry and blockchain technology since its formative days. He founded and subsequently sold two technology companies, including a Managed Security Service Provider in the United States, SecureConnect, which was acquired by Trustwave Holdings in 2012. He also has extensive experience in networking, data center engineering, scaling large IT systems and security.