Bakkt’s forthcoming Bitcoin contract “will not be traded on margin, use leverage or serve to create a paper claim on a real asset," says CEO Kelly Loeffler.

The forthcoming Bitcoin futures contract of Bakkt platform, that was recently launched by Intercontinental Exchange, “will not be traded on margin, use leverage or serve to create a paper claim on a real asset," says CEO Kelly Loeffler 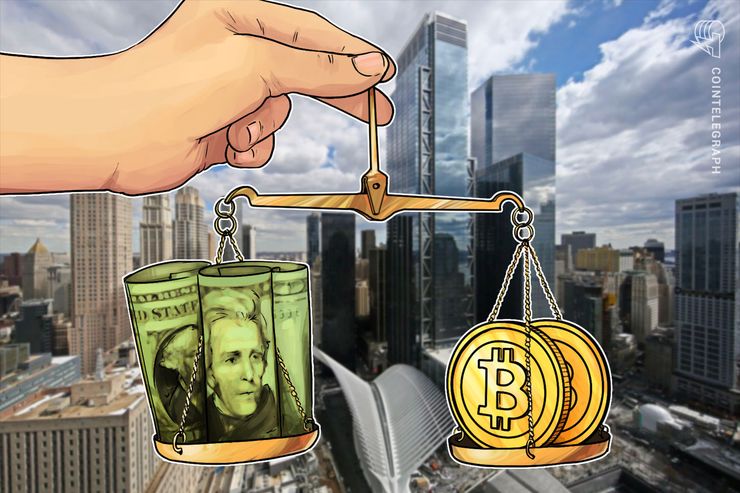 Bakkt —  the forthcoming regulated global ecosystem for crypto assets recently unveiled by Intercontinental Exchange (ICE) —  will not support margin trading for its Bitcoin (BTC) contract, according to an official Medium post published August 20.

Earlier this month, ICE –– the operator of 23 leading global exchanges including the New York Stock Exchange (NYSE) –– had unveiled ambitious plans to create a “seamless” global ecosystem for digital assets that would cover the spectrum from federally regulated markets and warehousing to merchant and consumer needs.

The announcement notably revealed plans to offer a 1-day physically delivered BTC contract by November, subject to pending approval from US regulators.

Bakkt’s CEO Kelly Loeffler has today outlined the three cornerstones of the project, which she says will aim to establish a “consistent regulatory construct,” institutional-grade pre- and post-trade infrastructure and “transparent, efficient price discovery” for crypto trading. Loeffler has today said that physical delivery is “a critical element” for this latter point, adding that:

"Specifically, with our solution, the buying and selling of [B]itcoin is fully collateralized or pre-funded. As such, our new daily bitcoin contract will not be traded on margin, use leverage or serve to create a paper claim on a real asset."

The CEO underscores that these plans differentiate the platform’s strategy from existing BTC futures contracts, such as those currently offered on CME and CBOE, which are ultimately settled in fiat currency.

By refraining from allowing for margin, leverage and cash settlement –– and offering secure and regulated warehousing –– Loeffler claims that the platform will better support market integrity and enable the “trusted price formation” that she considers to be key to “advancing the promise of digital currencies.”

While Loeffler’s announcement largely confirms what had been already indicated in ICE’s initial announcement, this explicit and detailed affirmation of the project’s intentions has today been welcomed by the crypto community.

News of the forthcoming platform has drawn considerable attention and excitement over the past two weeks, yet there are nonetheless some who have voiced concerns as to the potentially adverse impact leverage-based financialization could have for the crypto space. These echo existing controversies over the impact of futures trading since their launch in late 2017, a likely impetus for Loeffler’s emphatic differentiation today.