ICOs Raised $160 Million in First Half of January, Report Says

ICObench report: ICOs completed in the first half of January have raised $160 million, about 33 percent of the combined amount secured in December.

Initial coin offerings (ICOs) completed in the first half of January have raised around $160 million. The figure was provided in a report by ICO rating service ICObench shared with Cointelegraph on Jan. 18.

ICOs completed by Jan. 15 have managed to raise about 33 percent of the combined amount raised in the previous month of December. Half of that sum was secured by just one project, the report notes.

According to ICObench, the number of fundraisers that are set to take place in January is more than 150, a figure similar to the past seven months, excluding December.

In January, the combined hard cap — the maximum amount of money that a project can secure from investors during an ICO — amounts to more than $4 billion. As per the report, three fundraisers out of the five largest this month have reached or almost reached their hard caps.

ICObench also reported that the number of ICO listings has continued to decline in January, suggesting that the phenomenon is losing its popularity.

In terms of amount of funds raised, Canada has been leading during the first half of the month, with a combined figure of $80 million. However, when it comes to the actual number of projects, the United States ranked first. 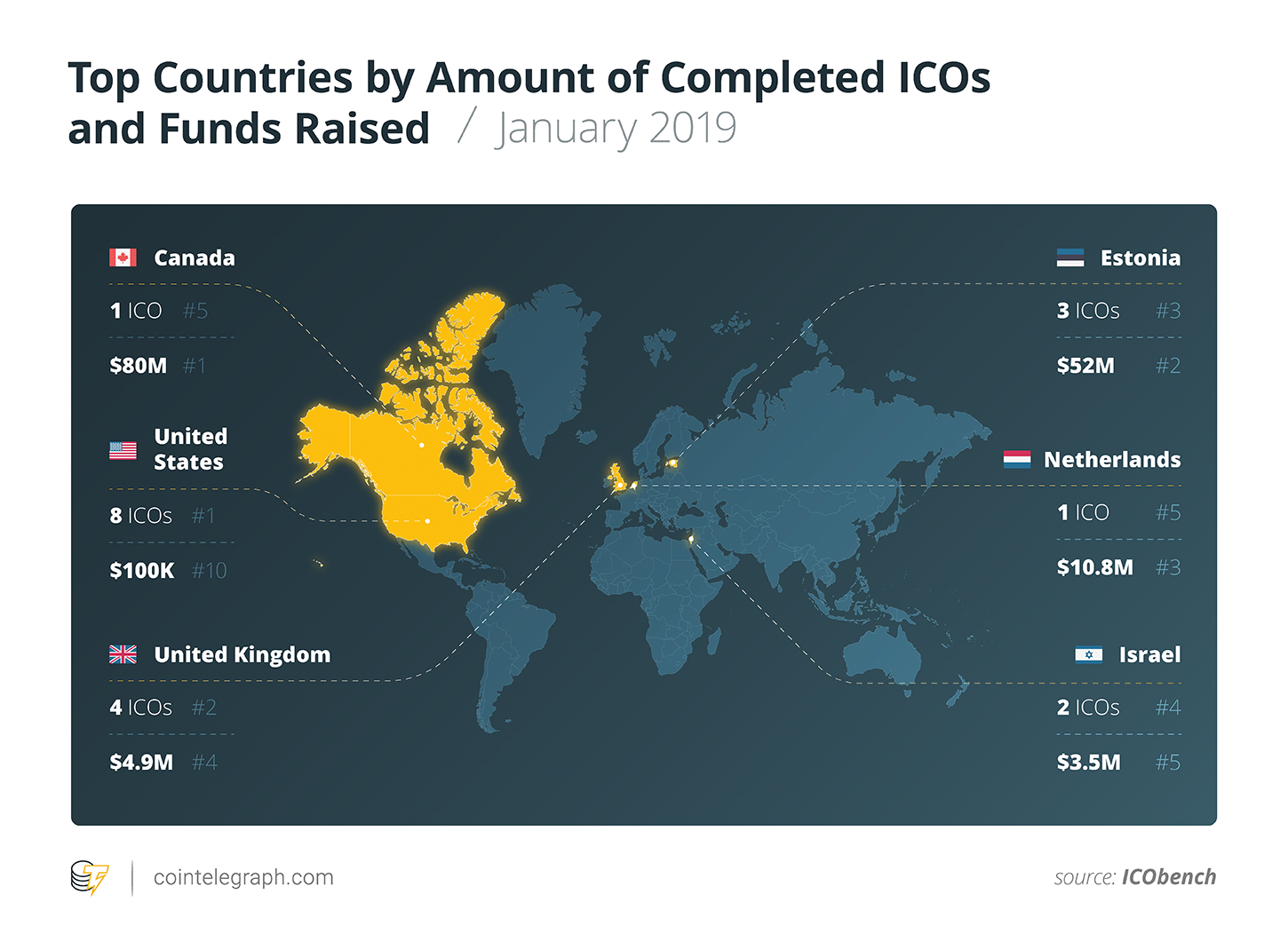 ICO statistics by country in the first half of January 2019. Source: ICObench

On Jan. 16, major crypto exchange BitMEX released a report claiming that ICO teams have lost 54 percent of value of the initial $24 billion worth of tokens allocated to themselves due to the decline in coin prices.