Fundstrat’s Tom Lee has told CNBC he would rather invest in Bitcoin than Bitcoin Cash as the altcoin’s volatility continues. 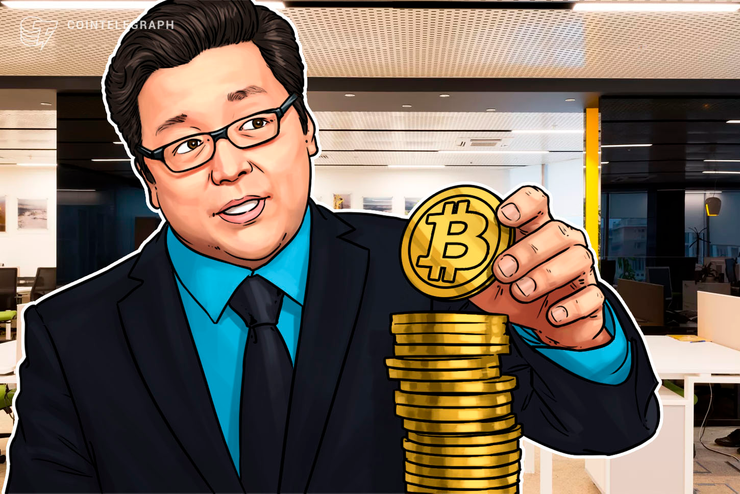 Speaking to CNBC, Lee, who is well-known for his bullish stance on Bitcoin, said that although he was averse to “taking sides,” he would rather put “new money” into Bitcoin than the altcoin alternative.

“I think both have merits,” he explained to the network’s Fast Money segment.

“But if I were putting new money to work today - a fresh dollar - I would be a lot more interested in buying a laggard that could attract inflows as opposed to something that’s already potentially overbought.”

Lee’s statement comes amidst an ongoing war of words between Bitcoin and Bitcoin Cash proponents.

As BTC/USD fell around 2.4% Wednesday, BCH/USD fared much worse, losing almost 17% in the same 24-hour period.

When asked why BCH had managed to gain considerably in previous days, Lee considered its upcoming network hard fork as a part motivator for money flowing in.

CNBC host Brian Kelly, who recently spoke about investing in the asset, also added that it “had something to do with” market sentiment improving.

Lee’s Fundstrat nonetheless continues to present a strong Bitcoin-centric case this week, a survey of various financial players revealing over 80% believing the price slump of Q1 2018 was over.

CRYPTO: We hosted a small group of institutional investors on 4/23, mix of crypto and traditional macro HF/long-only. Results below. Key takeaway, institutions believe #BTC bottomed. We see this as a leading indicator for inflows of big money into Crypto pic.twitter.com/NybWPTZTg4