Justin Sun has posted a video from San Francisco to disprove reports that he was prevented from leaving China due to an ongoing investigation.

Tron founder Justin Sun broadcast a live video from San Francisco to disprove reports that he was prevented from leaving China due to a police investigation.

On July 23, Sun launched a live video on Twitter to deny rumors that he was prevented from leaving China by local authorities based on charges of money laundering, gambling and spreading pornography.

Additionally, Sun posted a picture with him and his “aka bodyguard” Cliff Edwards, the Tron director of communications, with the Bay Bridge in the background. 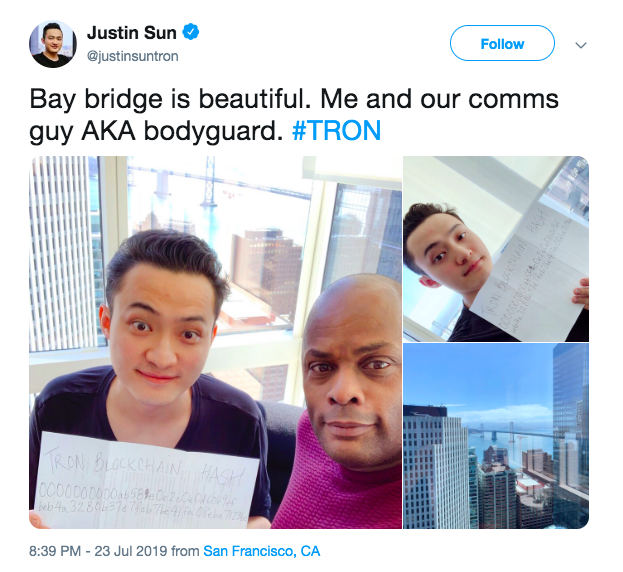 Earlier today, local Chinese media outlet Caixin reported that the Office of the Leading Group for the Special Campaign Against Internet Financial Risks called on security organs to launch an investigation into Sun. Per Caixin, Chinese law states that individuals under investigation can be prevented from leaving the country for one month to one year. The report states that, at the time of writing, Sun’s whereabouts were unclear.

The report follows an announcement that Sun is rescheduling the long-discussed charity lunch with Berkshire Hathaway CEO and renowned investor Warren Buffett. According to a Tron Foundation tweet on July 22, the relevant parties agreed to reschedule the meeting at a later date as Sun had purportedly fallen ill with kidney stones.

The postponement came just a few days after Sun invited more notable figures from the crypto industry to attend the lunch with Buffett, including eToro founder Yoni Assia, the head of Binance Charity Fund Helen Hai, as well as Jeremy Allaire, the CEO of crypto payments firm Circle.

Meanwhile, the Tron (TRX) price has reacted positively to the news, seeing a slight recovery after a major decline caused by the Chinese media reports. At press time, Tron is up about 2.27% over the past hour, while still seeing losses of over 13% on the day. 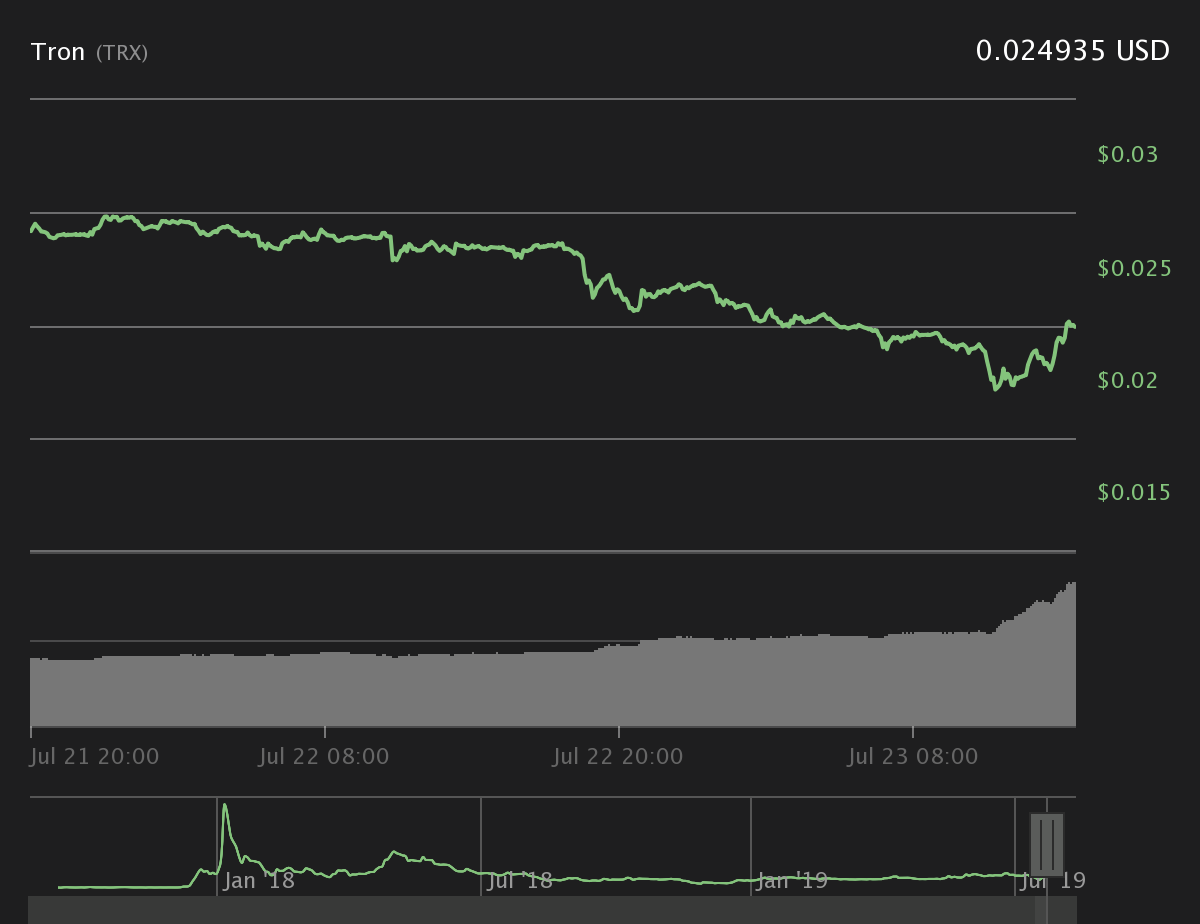 Earlier in July, the offices of a Tron affiliate in Beijing were surrounded by police as a crowd gathered to protest against a Chinese Ponzi scheme that operated under a Tron-like name.