Crypto mining is “purely technological progress,” a legislative analyst at a blockchain association in Kazakhstan says.

Kazakhstan’s lawmakers won’t be taxing crypto mining until the mined crypto is exchanged for fiat money, a report says 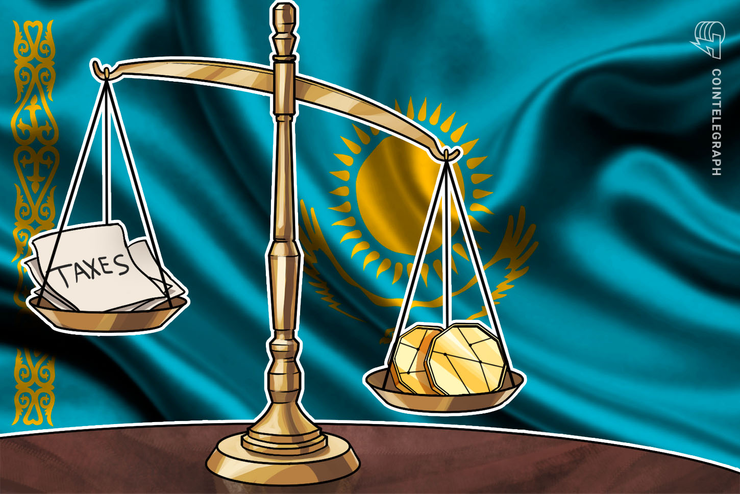 Kazakhstan’s lawmakers won’t be taxing cryptocurrency mining until the mined crypto is exchanged for fiat money. According to a legislative analyst at a local blockchain association, cryptocurrency mining will not be treated as entrepreneurial activity but rather a “purely technological progress,” local business publication Kursiv reports Dec. 4.

Madi Saken, legislative analyst at the National Association for the Development of the Blockchain and the Industry of Data Centers of the Republic of Kazakhstan (NABDC), reportedly announced the news at a local blockchain event “Blockchain Day” on Dec. 4, news which Saken has confirmed in an email to Cointelegraph.

Tax liabilities only apply to income in “real money”

According to the report, Kazakhstan's lawmakers have finalized a draft law on crypto taxation. The bill is currently under consideration with the presidential administration. The bill will reportedly be sent to the Mazhilis, the lower house of the bicameral Parliament of Kazakhstan, in December 2019.

Specifically, the proposed law will establish the legal status of crypto mining as well as rules for its taxation. According to Saken, digital assets and cryptos won’t be considered as subject to taxation because tax liabilities only apply to the income made in “real money.” As such, taxes will only be applicable when cryptocurrency is exchanged for fiat money. Saken elaborated:

Mining farms would be taxed by analogy with data centers

However, crypto mining will still be deemed entrepreneurial activity in cases when entities offer services to use their crypto mining hardware, the executive reportedly stated. Mining farms would reportedly be taxed by analogy with typical data centers, the report notes.

Kazakhstan’s government has taken a positive stance towards crypto and blockchain so far.

In 2018, the governor of Kazakhstan’s main financial hub, the Astana International Financial Center (AIFC), claimed that crypto and blockchain innovation will be supported despite the need to regulate cryptocurrencies. In May 2019, the AIFC partnered with blockchain tech giant Bitfury to cooperate on blockchain applications across a number of industries.