Plans rumored to be afoot to streamline and open up metal industry supply chains amid pressure from critics.

The London Metals Exchange has opted not to confirm its backing of a blockchain supply chain initiative for the metals industry, FT reports 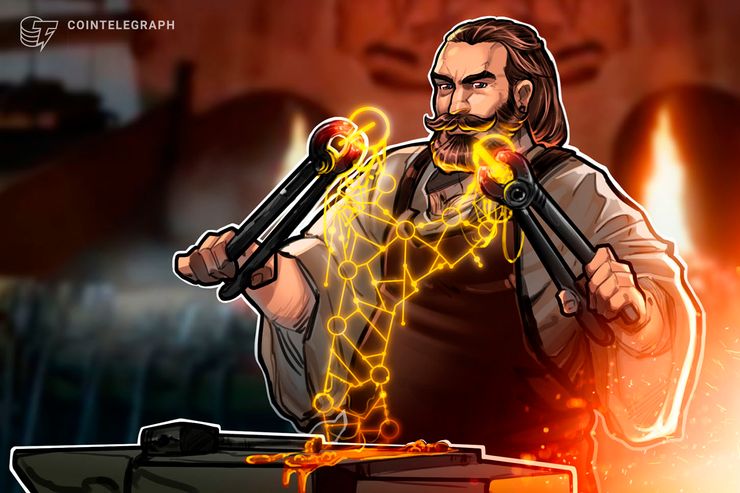 United Kingdom-based global metals trading mecca the London Metals Exchange (LME) is reportedly backing an effort to disrupt industry supply chains with blockchain, but would not confirm its involvement, the Financial Times (FT) reported on March 27.

Citing unnamed sources familiar with the alleged plan, FT reported that LME is supportive of an international plan to use blockchain in order for the metals industry to increase transparency around its operations.

The participants include Swiss metals giant Mercuria in the role of leader, with banks ING and Macquarie also on board.

Dubbed “Forcefield,” the reported blockchain-based solution would also allow the metals industry to respond to pressure from environmental groups demanding less secrecy around how it moves goods around its global network.

“The effort would enable industrial consumers to better track the source of their metal and also give metals traders secure ownership of their inventory,” FT explained.

Quizzed about the effort, LME chief executive Matt Chamberlain declined to confirm or deny plans were underway, but was positive on blockchain.

“That is a fantastic vision for this market and if we as an industry can come together and deliver that it will be a huge win for the metals trading community.”

The rumors add to previous speculation over LME’s role in blockchain. Last October, Blythe Masters, a prominent Wall Street blockchain figure, spoke at the company’s annual dinner, extolling the virtues of the technology in supply chains.

Like Chamberlain, Masters agreed that in their current form, supply chains can stand to benefit from streamlining and simplicity.