Bitcoin futures are the latest market to see sudden volatility, with traders voicing concerns about manipulation across the BTC and crypto markets.

Bitcoin (BTC) trading is coming under the spotlight this week after another flash crash sparked concerns that traders are manipulating markets.

As various social media users noted, including statistician Willy Woo on Nov. 5, unusual occurrences on exchanges give reason to be critical of Bitcoin price movements.

On Tuesday, it was CME Group’s Bitcoin futures which continued the trend. In early trading, BTC/USD futures suddenly tanked to below $8,500 before rebounding to $9,300. 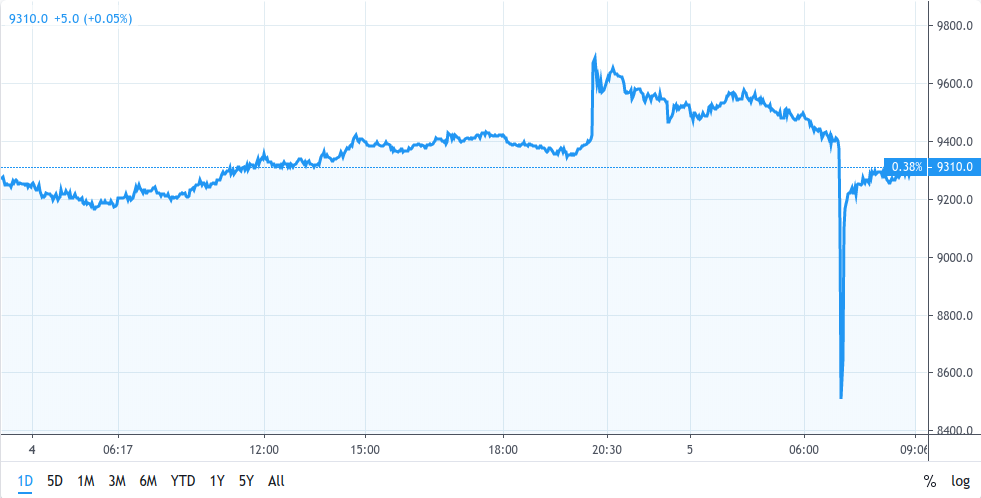 That lower level previously formed a gap in futures trading — when one session begins higher than where the last ended. Analysts note that Bitcoin often seeks to “fill” those gaps, but in this case, it did so with minimal resources.

“I cannot believe how crazy trading BTCUSD on the short term is right now. The gap on the CME has filled already. It's thinly traded yes. But man, I'm highly suspicious of the price action across all the exchanges of late, more so than usual,” Woo summarized.

“Don’t know what happened there!” he told subscribers of his dedicated Telegram trading channel on Tuesday.

For Twitter analyst lowstrife meanwhile, the behavior was a “good example” of market manipulation.

“If you look at my original tweet, all the volume printed before the actual dump. But on the 1 minute chart it looks like it was part of the entire move. This is called painting the tape,” the account wrote.

Bitcoin has seen two major run-ups in recent weeks, defying the previous sentiment that markets would remain lower in the months before the May 2020 block reward halving event.

The moves seemed to take analysts by surprise, with BTC/USD recording its second-largest daily gains in history late last month.

Longer-term, 2019 has been characterized by periods of price stability punctuated by sudden upward and downward movements occurring in a matter of minutes or hours.