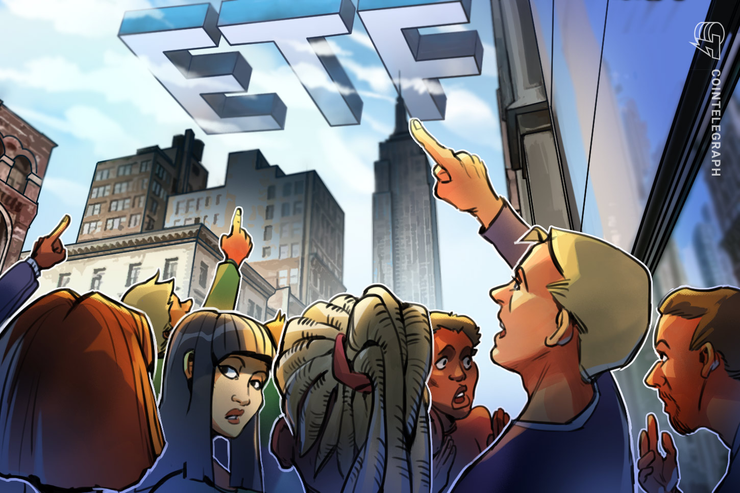 A Bitcoin ETF on the New York Stock Exchange

According to the filing document published by the SEC, the Kryptoin Bitcoin ETF Trust is meant to be traded on the New York Stock Exchange Arca. Notably, the ETF product is designed:

“[...] To provide exposure to bitcoin at a price that is reflective of the actual bitcoin market where investors can purchase and sell Bitcoin, less the expenses of the Trust’s operations.”

The company plans to hold Bitcoin and value the shares of the trust according to the Chicago Mercantile Exchange Bitcoin Reference Rate. The cryptocurrency will be held at an unspecified third-party insured custodian that is also regulated under the Investment Advisers Act of 1940.

The SEC filing also details that the Trust will hold Bitcoin “in seeking to ensure that the price of the Trust’s shares is reflective of the actual bitcoin market.”

However, the Trust will not purchase or sell bitcoin directly but will acquire it via shares called “baskets.” The report continues:

“Instead, when it sells or redeems its Shares, it will do so in ‘in-kind’ transactions in blocks of 100,000 Shares called ‘Baskets’ at the Trust’s net asset value (‘NAV’). Only Authorized Purchasers may purchase or redeem Shares with the Trust, and they will do so by delivering bitcoin to the Trust in exchange for Shares when they purchase Shares.”

Another notable detail is that the head of exchange-traded product at Kryptoin is Jason Toussaint, former managing director at the World Gold Council and ex asset manager of SPDR Gold Shares, one of the largest Gold ETFs in the world.

Earlier this month, documents revealed that the Wilshire Phoenix Fund has updated its own Bitcoin ETF proposal filed with the SEC. Also this month, asset manager Bitwise alongside NYSE Arca confirmed the intention to refile their application for a Bitcoin ETF after the latest SEC rejection.