Police in New Zealand have warned consumers after a fraudulent cryptocurrency company stole more than $200,000 from an investor. 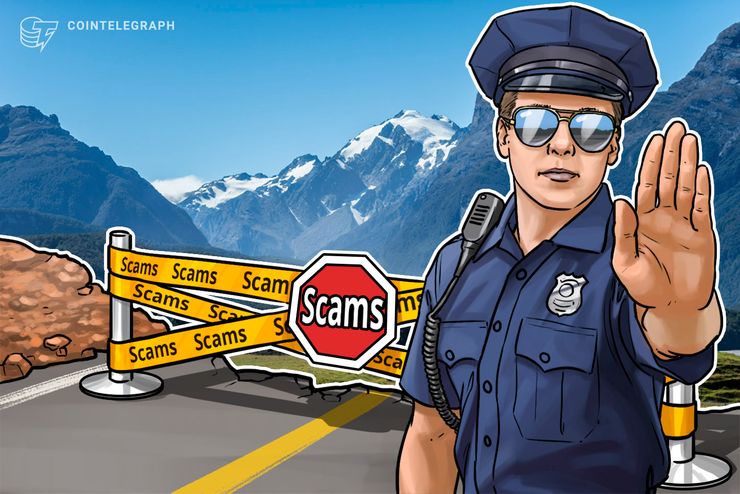 The unnamed investor, who made multiple investments in an online cryptocurrency scheme which turned out to be fraudulent, was attracted by its “extremely good returns,” a police report from the town of Canterbury explains.

According to the report, which does not mention the kind of operation involved, those returns  in the “investments in cryptocurrencies, such as bitcoin [...] soon began to decline.” When investments stopped due to the lack of returns, this prompted the scammer to contact the investor personally, leading the investor to put in more funds through the website.

“Members of the public should seek advice before making any online investments they are unsure of,” Senior Sergeant Paul Reeves commented, adding:

“Scammers are extremely persistent and can seem very credible, as they are highly versed in their trade.”

The police report ends with a link to more information about cryptocurrency security.

Regulators worldwide continue to grapple with concerted efforts by malicious parties to manipulate entry-level investors in the still-nascent cryptocurrency industry. Cointelegraph recently reported on a spate of identity thefts in the UK by fraudulent companies masquerading as licensed cryptocurrency-related entities.