The number of crypto and blockchain-related companies in Japan increased by more than 30% this year, data from Monex Group's Monex Crypto Bank shows.

4175 Total views
93 Total shares
Listen to article
0:00
News
Own this piece of history

The number of cryptocurrency and blockchain-related companies in Japan increased by more than 30% this year.

Monex Group's Monex Crypto Bank told Cointelegraph Japan on June 30 that there are 430 crypto and blockchain-related companies in Japan as of May 2020. This represents a 30.7% jump from the 329 companies reported in July 2019.

The data is part of the “Blockchain Data Book 2020” that Monex Crypto Bank released on Wednesday, detailing the conditions of the Japanese blockchain industry.

Monex Group runs Coincheck, one of the biggest crypto exchanges in Japan.

Many firms have a primary focus on blockchain and cryptocurrencies

Of the firms, 64% are “primarily" focusing on crypto and blockchain-related businesses while 36% are involved “non-primarily."

According to Monex Crypto Bank, there are 529 blockchain and crypto-related products in Japan. Excluding dubious offerings and applications that are no longer operational, there are currently 422 active products. 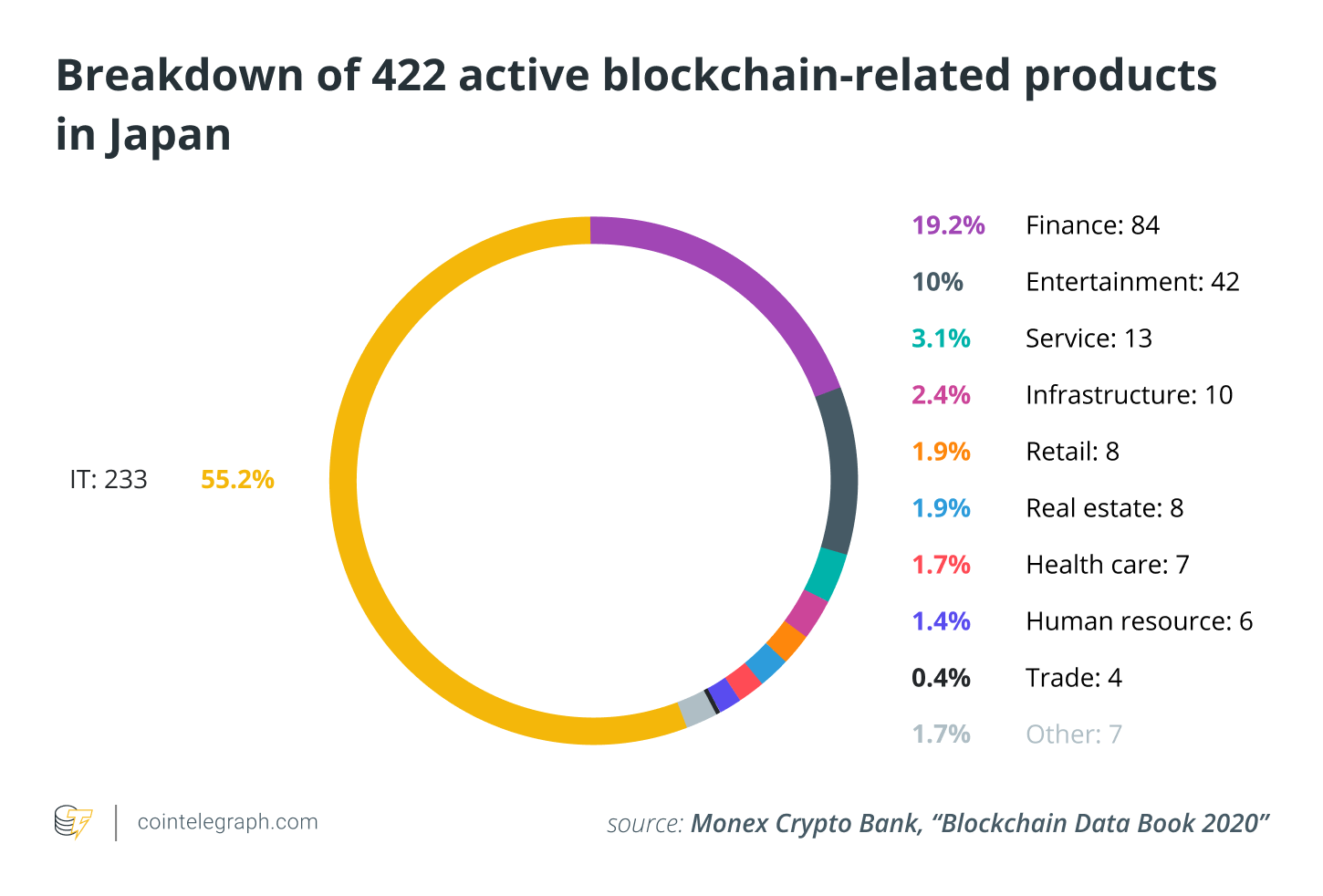 “The third pillar” for cryptocurrency business in Japan

Yusuke Otsuka, the co-founder of Coincheck noted the gaming industry as the possible foundation for the "third pillar" of crypto business in Japan after exchanges and mining, stating, “As to the third pillar, I think Japan has a strong foundation of gaming."

However, Otsuka also noted that there are some regulatory concerns, particularly in regard to "gacha" — a game based on slot machines that uses digital currencies. It is currently unclear the game can be classified as gambling, and Otsuka stated that game developers need to communicate openly with Japanese regulators.

Monex Group itself is actively exploring the potential of crypto and blockchain-related businesses. Monex Securities became the first securities company to join the Japan Virtual and Crypto Assets Exchange Association.